Statement added that the reason for the arrest had been for placing an "uprising poster with bad words", on 32 Vosstaniya Street.
By Joseph Golder June 10, 2022
Facebook
Twitter
Linkedin
Email 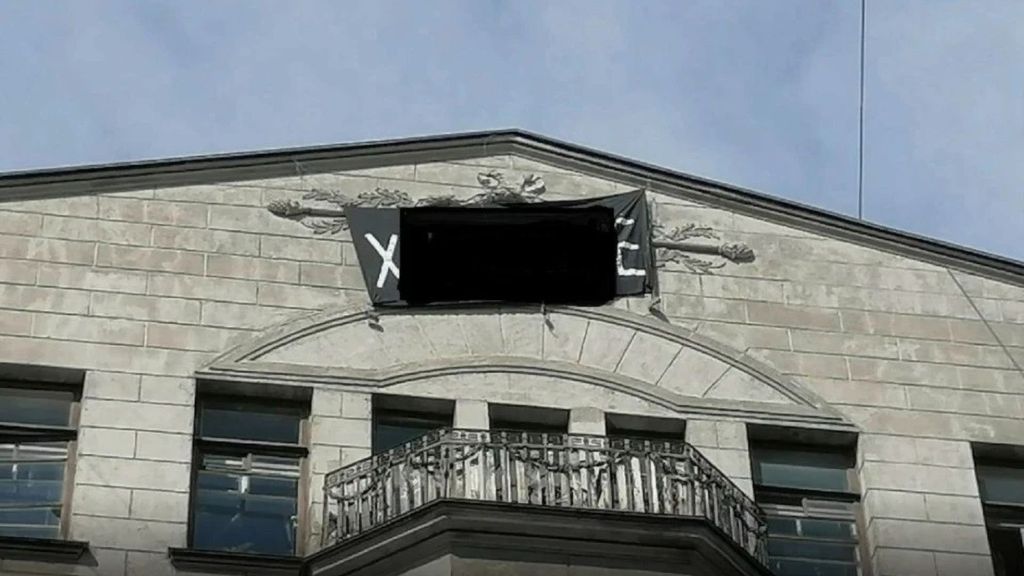 Two men were arrested for hanging an anti-war poster on a building in Saint Petersburg, Russia, on June 6, 2022. (@SPbGS/Zenger)

Two men have been arrested for hanging an anti-war banner reading “f**k the war” from a building in Saint Petersburg, the former Leningrad, in Russia.

A statement obtained from the press service of the Courts of Saint Petersburg on Wednesday, June 8, read: “The Dzerzhinsky District Court of St. Petersburg brought Dmitry Platon (homeless person) and Igor Kuznetsov to administrative responsibility for committing an offense under Article 20.2 of the Code of Administrative Offences of the Russian Federation.”

The statement added that the reason for their arrest had been for placing an “uprising poster with bad words” on 32 Vosstaniya Street in the city of Saint Petersburg, Russia’s cultural capital.

The press service released a censored image showing the black and white banner, but social media users have also shared uncensored versions showing the text on the banner, which reads “f**k the war” in Russian.

The incident was also reported by Russian state media, which did not report the contents of the banner’s message, merely stating that the pair had been arrested for hanging an obscene message from a building in the city.

The United Kingdom and the United States are sending long-range missile systems to Ukraine even though Russian President Vladimir Putin has warned of more attacks in Ukraine if the West sends long-range weapons.