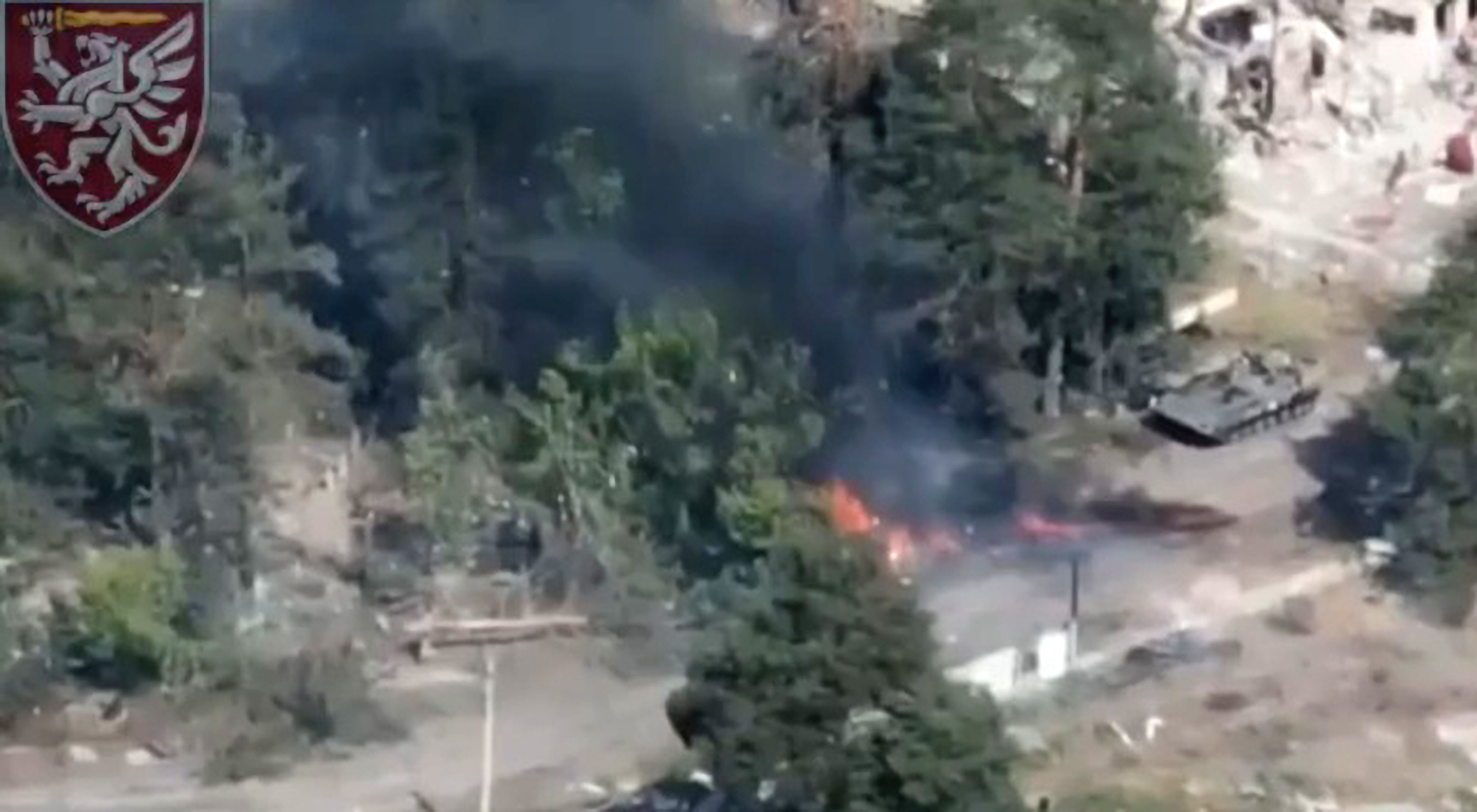 Lviv paratroopers defeated soldiers of the 'elite' Pskov division of the Russian Federation in June 2022. (@80brigade/Zenger)

These videos purport to show a Russian armored personnel carrier or infantry fighting vehicle spewing smoke and fire after Ukrainian soldiers blasted it with a British-made missile.

The brigade said: “The enemy has not got through!

“Units of the 80th Separate Air Assault Brigade of the Armed Forces of Ukraine continue to inflict losses on Russian occupants, fighting them in the eastern direction.”

The brigade added: “Recently, while the invaders were trying to cut through a strategically important highway in eastern Ukraine, the paratroopers of the 80th Brigade disrupted the enemy’s plans and prevented them from advancing.”

The brigade also said: “In the course of the battle, which lasted until 2 p.m., soldiers of the Armed Forces of Ukraine, with an NLAW [Next Generation Light Anti-Armour Weapon] missile launcher, set alight a Russian BMD and, in total, about 50 men of the 104th Guards Air Assault Regiment of the 76th Guards Air Assault Division based in Pskov, which the Russian Armed Forces consider elite.”

The brigade did not reveal where exactly in Ukraine the counterstrike took place.

BMD stands for ‘Boyevaya Mashina Desanta’, which literally translates to ‘Combat Vehicle of the Airborne’. It is a Soviet airborne amphibious tracked infantry fighting vehicle that entered service in 1969. It is operated by a handful of militaries, including those of both Ukraine and Russia. It can be dropped by parachute.

NLAW stands for ‘Next generation Light Anti-tank Weapon’. It is an anti-tank guided missile system developed in Sweden and mainly produced in the United Kingdom. It entered service in 2009.

The United Kingdom has delivered thousands of NLAW units to Ukraine prior to and during the invasion.

In related news, more than 1,000 Ukrainian troops captured in Mariupol have been transferred to Russia, according to Russian media.

The Ukrainian military said this morning that Ukrainian positions had come under “intense fire” around Avdiivka, Novopavlivska and Zaporizhzhia.