‘The Next Great Champ’ Hopes To Become A Best-Selling Author

Downtime during his boxing reality show gave Otis Griffin time to write his debut novel, “A Change of Hearts.” 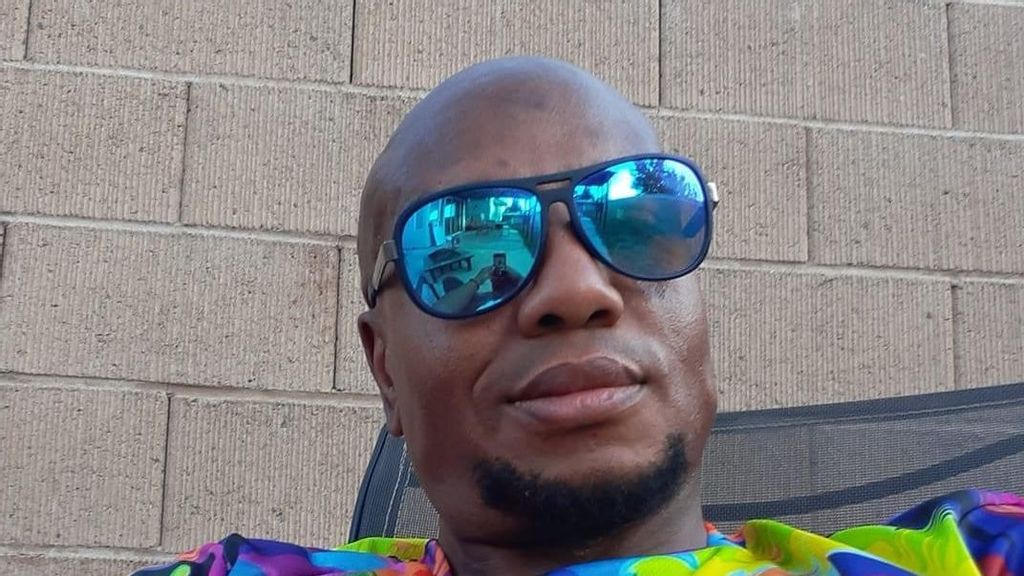 Motivated by doors being slammed in his face and the hardship of losing both brothers, Otis Griffin aims to be a best-selling author. (Courtesy of Otis Griffin)

Otis Griffin’s ability as an athlete cannot be questioned. He played professional football, and he also captured the NABO light heavyweight title as a boxer after winning FOX’s reality boxing series, “The Next Great Champ.”

Now, Griffin hopes to have similar success as an author. He recently released his first novel, “A Change Of Hearts.”

He began his journey as a writer while on the reality show. During his downtime, he would write several scripts that he kept tucked away for years until his sister convinced him to write a book. After he linked up with Ross Williams, Griffin’s book was released by Williams Commerce publishers in May. Having written several scripts, he hopes to turn “A Change Of Hearts” and some of his other writings into movies. Transitioning from boxer to writer has been a smooth ride, he says, and he hopes to make it his new career.

The champ breaks down his ambitions as a writer to Zenger News, details his near-death experience and much more.

Griffin: Everything is good. I don’t know if you know this, at the beginning of the month [May], I almost died. I had blood clots in my lungs and heart and didn’t know it. I passed out right here, kicking it with my fiancé and my future brother-in-law. They got me to the ER and found out that I had blood clots. Then, three weeks later, my son is graduating from Fresno State. He’s going on to be a chiropractor. In between that time, the book and all that stuff, I’m just thinking, look how good God is. The enemy came to take all that away from me, and then you look around, and it’s a testimony, you know.

Zenger: Health-wise, are you good now?

Griffin: Oh yeah! Everything is good. I don’t make blood clots hereditary-wise. I just made the conscious decision to stay on blood thinners forever because I first got blood clots from a car accident in 2017. They were supposed to be gone. They were supposed to keep me on the blood thinners for a year, but they were like, “You’re young and healthy. You don’t need to be on them, let’s take you off of them.” That was only after six months, and I didn’t feel safe doing that, but they did it anyway. They ended up coming back, I think it’s because of the vaccine. They say only Johnson & Johnson gives you blood clots, but I think if one of them gives you blood clots, they all do (laughing).

Zenger: No rest for the weary because now you have a book to promote, “A Change Of Hearts.” Tell us about the book.

Griffin: I’m on the reality show “The Next Great Champ” set, and there are so many people living the Hollywood life, so I had future directors and producers &mldr; the camera people and everything around me. They are hungry. They are being personal assistants. In between times, you go to catering, and they would stop to talk.

I’m a people watcher, so I’m eavesdropping. They’re talking about how to write a script. So, I asked one of them how would I go about writing a script. My minor is in journalism. I’m just trying to kill time because my downtime was sitting there watching paint dry if I’m not reading the Bible. I took this mock script, and I duplicated it and added my own story to it. After a while I’m like, this is shaping up pretty good.

So, about 3 months later, I show it to one of the producers, and [he said]: “This is good. You wrote this?” I told him, “Yeah!” He said, “I can get you $3,000 to $5,000 for it right now.” I forget what movie it was, but this was when Will Smith was doing the BET Awards and stuff like that, and he was making $22 million a movie. I was like, “Hold up, if this movie gets the right actors, it’s going to make millions of dollars. Do I get royalties?” He goes: “That can be discussed but most likely not. They’re going to want you to sign it over and be unattached.” I kept it.

Low and behold, God is always good. … I have written eight of these things — movie scripts that have been sitting there for years, under my bed, actually. My cousin Patrice wrote her book; she encouraged me, “You can easily write a book too.” …. “Whatever” [was my response, but] I sent some stuff to Ross [Williams] and he was like, “I love it.” I thought he was gassing me up. She said: “No, if you can’t write, he would turn you away and not even think twice about it.” We went from there, and it’s been beautiful. A great experience the whole way.

Zenger: What was the transition like for you from boxer to writing love novels?

Griffin: I’m a jack of all trades. My major was psychology, and my minor was journalism, so I always had aspirations of becoming that athlete that you see on SportsCenter that transitioned into announcing. Creating writing and journalism were always there.  If you know me like my family and close friends [do], I’m always making stories up in my head for comedy reasons.

My mind works differently than other people. I’m always dreaming and making alternative situations out of things. Even when things got hard, looking back, I’ve had several doors slammed in my face. From the NFL, hardships like losing both of my brothers, and things of that nature. The abstract way of looking at things is what makes me survive.

Zenger: Could you give a preview of the book?

Griffin: The title is a metaphor for the story. We are all in situations in our life where either we need a change of heart, or the most high is going to force us to have a change of heart. That’s one thing I want people to get out of the story. It’s just like poker — if you don’t turn in your playing hand in life, you never know where it’s going to take you. Look at me. The beginning of this month I was almost dead, now I’m a proud father of a college graduate and an author. You never know what kind of change of heart you could have. You don’t know what kind of decisions would be made in your life that can be affecting either by a ripple or a tidal wave.

When people sit down and read this story, there are a couple of facets they are going to see: It’s a women’s empowerment story. Any woman that’s American, not even including color or creed, but just American, they will understand this girl’s plight. And then the other thing is: It’s a story that’s going to make us realize that we’re all Americans. I tell people all the time we’re supposed to be the free country, but we’re the only country that has pockets of civilization from other countries in our country. If you’re Italian American, you only hang in the area where Italians hang at. If you’re Nigerian, you hang where the Nigerians hang, even though you call yourself American. Even though you probably never touched Nigeria or hadn’t been there in a long time.

With that being said, when we go to other countries &mldr; this happened to me in Canada. I went to Montreal. It was me and three other people; we are the only black dots up there. I’m like, “Hey, what’s up!” They looked at me like I was crazy and walked off. The guy driving me around is West African. I was like, “What’s up with your people? They got a couple more times to do that to me, and I ain’t going to talk to ya’ll no more.” He [said]: “OG listen, when I want to introduce myself to people, I walk over to them and tell them my name, and say, pleased to meet you. When I yell from across the street, they think I’m a crazy man.”

“We’re all African,” I said. He goes, “No, you’re not African. When I look at you, I see Native American, I see white. You’re American. Your passport says that you’re American. That’s what you are.” I was like, “Whoa!” I have been to about five different continents, so every time I travel, that’s why people be looking at me differently. Either they hold you on a high pedestal, you’re American, you’re better than us, even though we’re all black, or they are standoffish because they think you’re a stuck-up American. Not to get too far off, but this story is going to show you that we’re all American.

Zenger: Where can the book be purchased?

Zenger: You’re looking to turn this novel into a movie, correct?

Griffin: Yes! I got my boy, Bruce Nahin, who is the inventor of Chippendale dancers. He’s going to shop it for me. It’s already been a script, so I just have to change it back in. We will create enough buzz to land this movie deal and move on to bigger and better things.

I’ve got so much more in the shoot that’s going to be coming out. I have another book, called “Loose Cannon,” which will be a modern-day private investigator. “Loose” is going to be a series that a lot of people are going to fall in love with.