The zoo used it to promote their newly built Orientarium, said to be one of the most modern wildlife parks in Europe.
By Joseph Golder June 10, 2022
Facebook
Twitter
Linkedin
Email 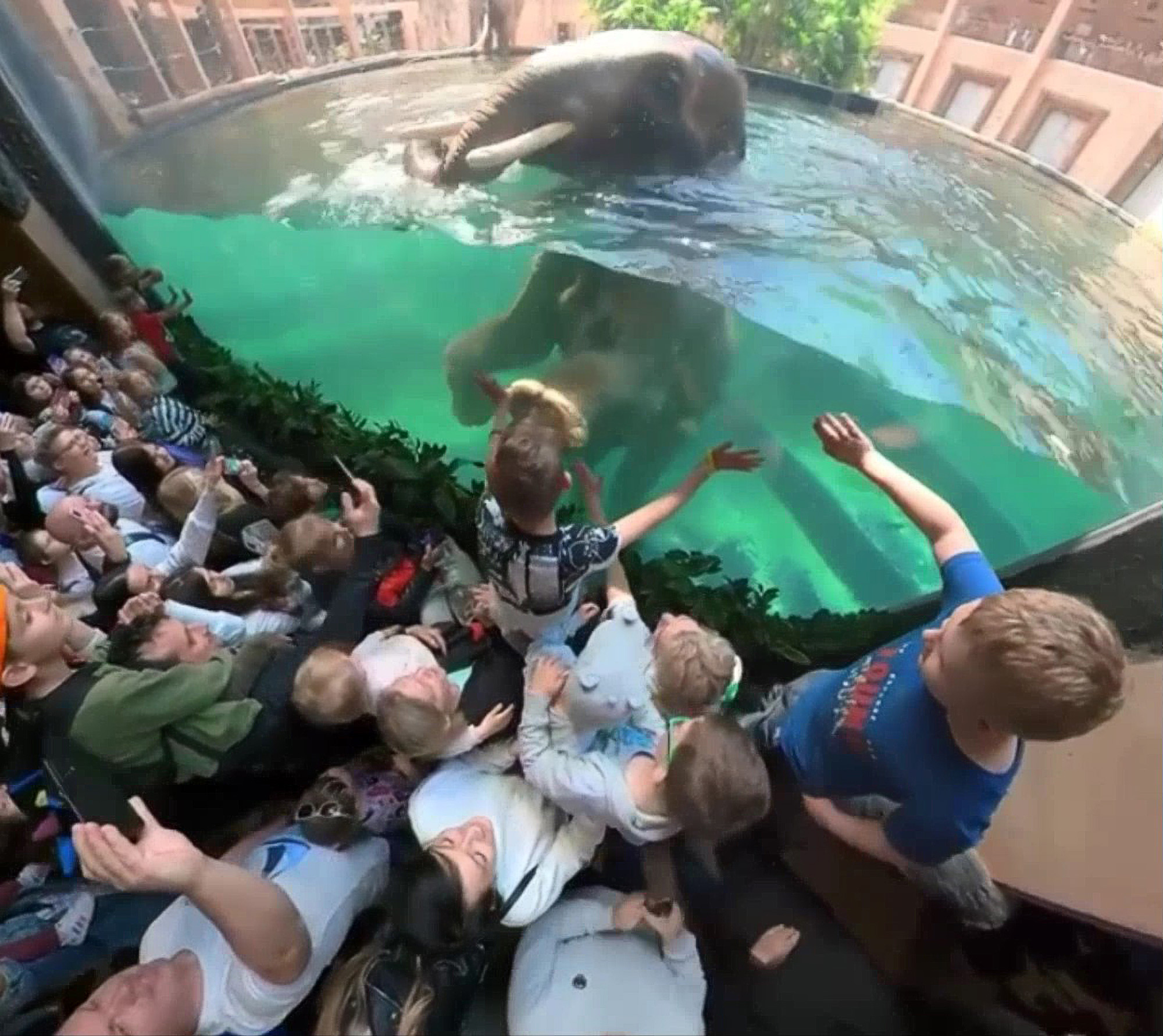 Elephants taking a bath in Zoo Lodz in Poland. (@zoolodz/Zenger)

This is the cool moment elephants take a break from the heat at a zoo’s new enclosure.

Footage of the jumbo-sized swimming session was released by officials from Lodz Zoo in central Poland on Thursday, June 2, just after the zoo hosted an event for kids on June 1, which is Children’s Day in Poland.

The zoo used it to promote their newly built Orientarium, said to be one of the most modern wildlife parks in Europe.

They described the swim as a chance to stage “a show that has never been in Poland before! Elephant baths only in the Orientarium.”

Lodz Zoo – part of the European Association of Zoos and Aquaria (EAZA) – said that the two male pachyderms are 9 and 44 respectively.

Alexander is the largest specimen of the Indian elephant species (Elephas maximus indicus) currently living in Europe, the zoo added.

Indian elephants are listed as an endangered species on the Red List of Threatened Species published by the International Union for Conservation of Nature (IUCN).

The Orientarium is a new development aimed at turning the zoo into one of the largest exotic habitats in Europe.

The project takes up half the zoo’s 7.5 hectares (18.5 acres), turning much of it into a perfect replica of a South-East Asian climate.

New additions for visitors include an underwater shark tunnel and a tropical jungle.

The new habitat allows the zoo to closely control the temperature and humidity levels, allowing for rare species from Asia, many of them endangered, to be able to call the zoo home.

It is the first Orientarium ever to be built in mainland Europe and is second in Europe only to the South-East Asian habitat at Chester Zoo, in the United Kingdom.

“The applied solutions allow keeping animals in large spaces in combination with other species and in a varied environment.

“Our guests can observe the inhabitants of the Orientarium from three perspectives: underwater, land and from above.

“The Orientarium and the rest of the zoo are open to visitors all year round, and the animals do not have to be moved to the breeding facilities during the cold season.

“The Orientarium is home to 35 species of land animals and 180 species of fish.”