Soldiers Shell Russian Base That Soon Erupts Into Flames

The Ukrainian military said they “demilitarized the racists” during the attack on the enemy base.
By Lee Bullen June 10, 2022
Facebook
Twitter
Linkedin
Email 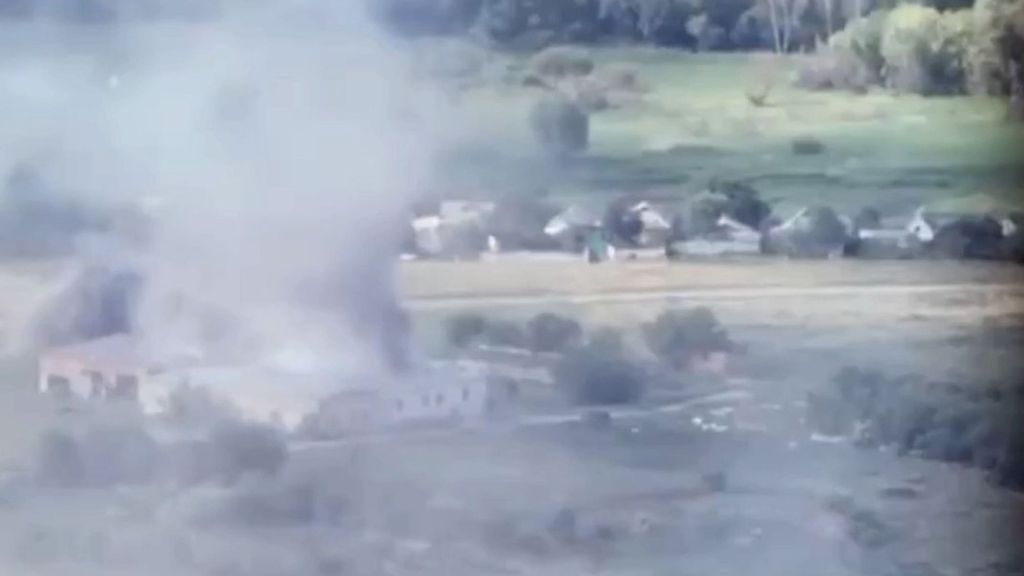 This is the moment in a released video when Ukrainian soldiers shell a Russian base that soon erupts into flames.

The Ukrainian Center for Strategic Communications (StratCom) said the attack was carried out by members of the 92nd Separate Mechanized Brigade named after Ivan Sirko, a formation of the Ukrainian Ground Forces.

The Ukrainian military said they “demilitarized the racists” during the attack on the enemy base.

The Ukrainian military said that Ukrainian positions had come under “intense fire” around Avdiivka, Novopavlivska and Zaporizhzhia.

It added that intense operations were underway around Slovyansk and that Russia had also intensified its aircraft use around Bakhmut.

Russian President Vladimir Putin has warned of more attacks by Russia in Ukraine if the West sends long-range weapons.

Ukraine’s President Volodymyr Zelenskyy has said that Russian attacks on the cities of Sievierodonetsk and Lysychansk has turned them into “dead cities,” but added that Ukrainian forces could still hold Sievierodonetsk despite being outnumbered.