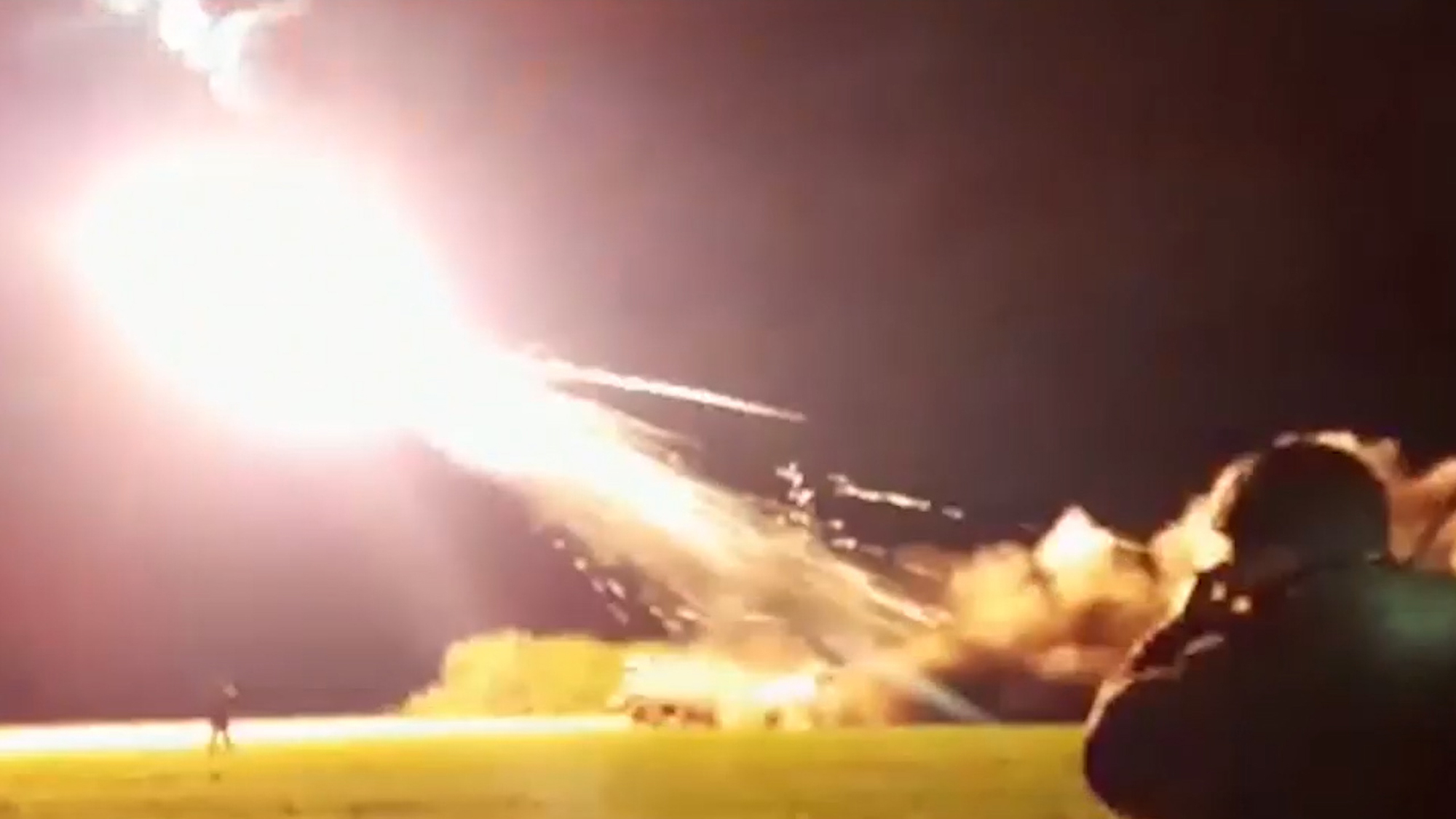 Combat work of the calculations of the 'Hurricane' at night in June 2022. (Ministry of Defense of Russia/Zenger)

On June 9, the MoD shared footage of troops preparing the rocket-launch systems and shooting rockets into the nighttime sky.

According to the Russian military, reconnaissance teams communicated the coordinates of the Ukrainian strongholds for artillerymen to launch a barrage of rockets.

The MoD stated: “After receiving the coordinates of the targets from the military personnel of unmanned aircraft and intelligence data, the crews of the 220-mm Uragan multiple launch rocket systems of the Western Military District attacked the identified enemy positions.”

The United Kingdom and the United States are sending long-range missile systems to Ukraine despite warnings by Russian President Vladimir Putin that more attacks in Ukraine can be expected if the West sends long-range weapons.