The war in Ukraine is currently raging in the eastern part of the country.
By Joseph Golder June 10, 2022
Facebook
Twitter
Linkedin
Email 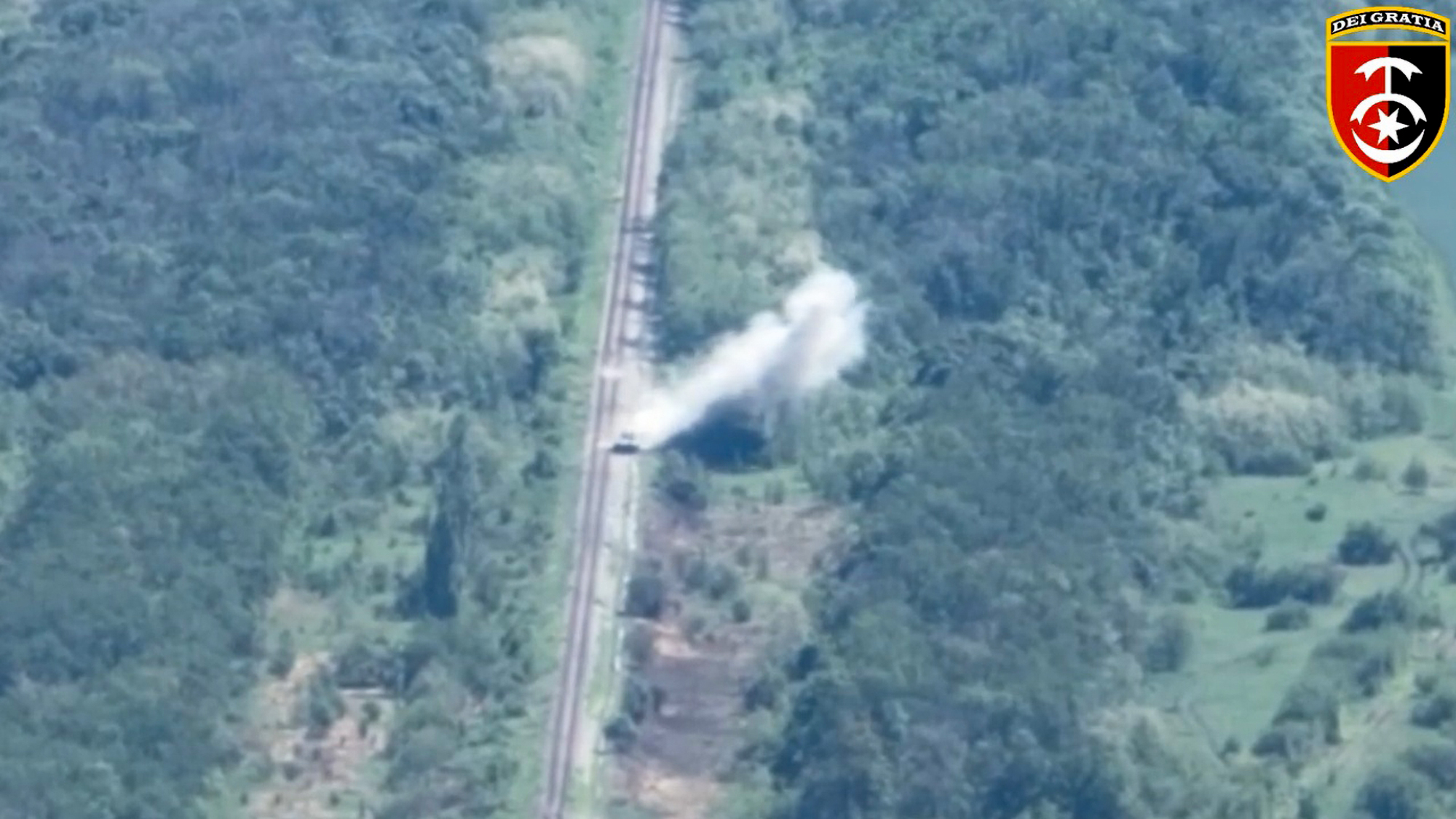 These images purport to show the moment Ukrainian forces take out a Russian amphibious armored vehicle.

A released graphic video shows a military vehicle on a road in a forested area before it is hit, with explosions causing it to catch fire.

It is currently unclear where exactly the footage was filmed but the images were obtained from the 30th Mechanized Brigade of the Ukrainian Ground Forces on Wednesday, June 8.

The war in Ukraine is currently raging in the eastern part of the country.

The 30th Mechanized Brigade said: “Our tankers are aware of how important it is to save the country and people’s lives, so without thinking, they just do their job.

A matter that is very effective and fruitful is the destruction of the enemy. The enemy BMP burns.”

‘BMP’ refers to an amphibious infantry fighting vehicle first developed by the Soviet Union and currently used primarily by the Russian Armed Forces.

Over 1,000 Ukrainian troops, captured in Mariupol, have been transferred to Russia, according to Russian media.

The United Kingdom and the United States are sending long-range missile systems to Ukraine even though Russian President Vladimir Putin has warned of more attacks in Ukraine if the West sends long-range weapons.