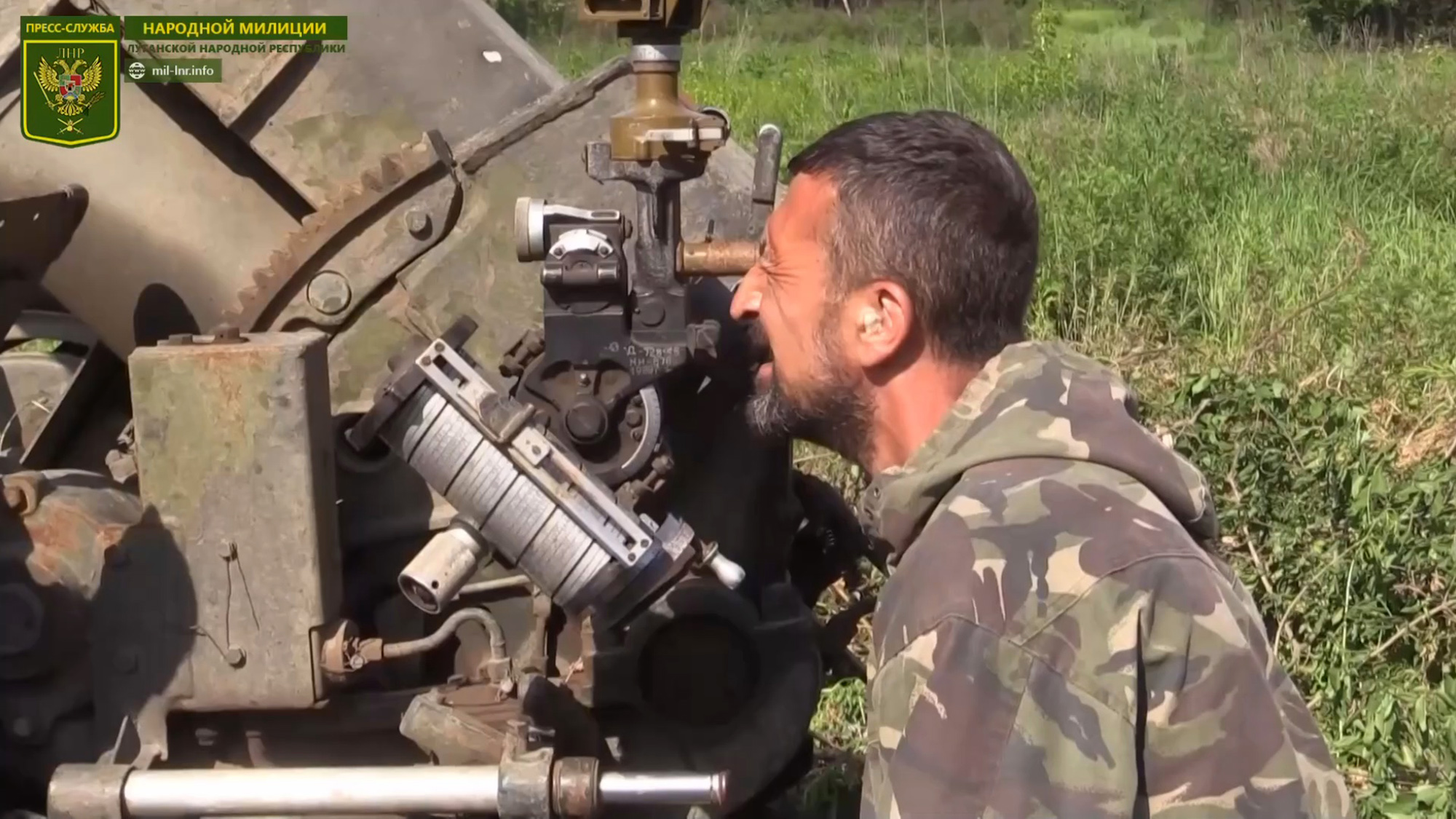 Howitzer artillery battery of the NM LPR destroys the enemy's sheltered manpower in the Svetlodarsk area in June 2022. (People's Militia of the LPR/Zenger)

This is the moment pro-Russia troops blast a hidden Ukrainian stronghold with a battery of howitzers.

The People’s Militia (NM) of the separatist so-called Luhansk People’s Republic (LPR) said they destroyed the sheltered enemy base located in the area of Svitlodarsk in the contested eastern Ukrainian region of Donetsk Oblast.

The militia said on June 7: “Howitzer artillery battery of the NM LPR destroyed the enemy’s sheltered stronghold in the Svitlodarsk area.”

In an update on June 8, the NM LPR claimed: “During clashes with units of the defense department, over the past day, the enemy suffered heavy losses in manpower and military equipment, namely: 34 personnel; 7 armored personnel carriers; 5 vehicles.

“One serviceman of the Armed Forces of Ukraine laid down his arms, thereby saving his life.”

The militia stated: “The enemy continues to terrorize the civilian population in the Republic, shelling civilian infrastructure in front-line settlements of the LPR, which do not pose a danger to the enemy and are not military facilities.

“Over the past day, Ukrainian armed formations fired 12 shells from 122-mm artillery and 120-mm mortars in the settlements of Pervomaisk and Svitlodarsk.

“In order to suppress the enemy’s fire activity on civilians of the Republic, the Ukrainian positions where the firing took place were promptly detected and destroyed by the on-duty firepower of NM LPR units.

“The NM of the LPR, together with public organizations, continues to deliver humanitarian aid to residents of the liberated territories.

“Yesterday, the volunteers of the All-Russian People’s Front, together with units of the defense department, delivered humanitarian cargo for refugees in the village of Veseloe, which included food kits, personal hygiene products, bathroom accessories, bed linen, household products, as well as trimmed boards to restore village infrastructure.”

The militia added that they also delivered humanitarian aid to residents in Pervomaisk.

In other news, satellite imagery has shown significant damage in the key eastern Ukrainian city of Sievierodonetsk, where heavy fighting is ongoing.

The Ukrainian military said that Ukrainian positions had also come under “intense fire” around Avdiivka, Novopavlivska and Zaporizhzhia.

Russian President Vladimir Putin has warned of more attacks in Ukraine if the West continues to send long-range weapons.