The young lad had been taken to the diner in Gelsenkirchen, on Saturday, June 4 by his dad as a treat.
By William McGee June 10, 2022
Facebook
Twitter
Linkedin
Email 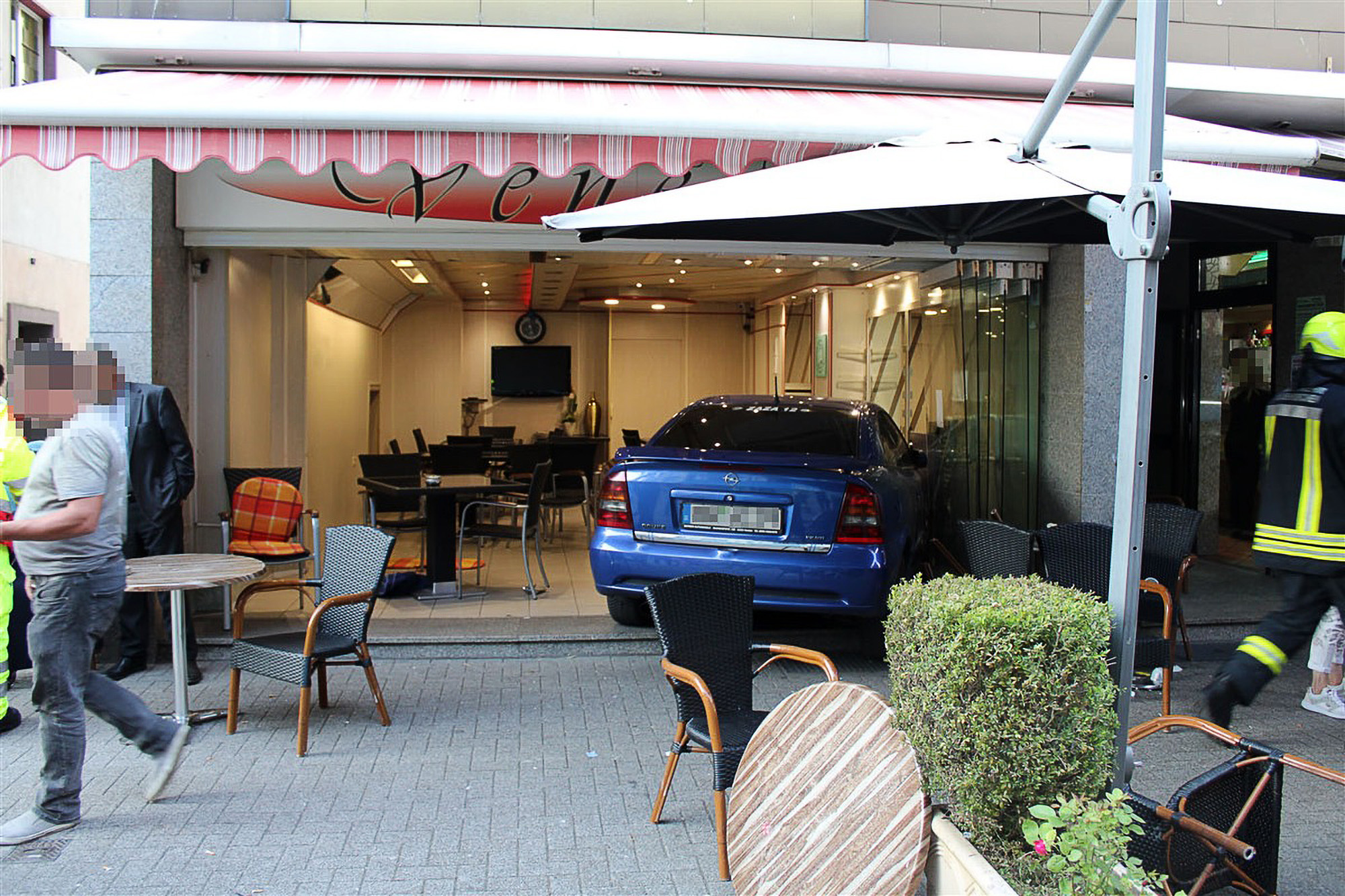 The Opel vehicle which an eight-year-old boy from the German city of Gelsenkirchen drove into an ice-cream shop after taking his father's keys. (Polizei Gelsenkirchen/Zenger)

An eight-year-old boy injured two people after he stole his dad’s car keys and rammed it into an ice cream parlor.

The young lad had been taken to the diner in Gelsenkirchen, a city located in the western German state of North Rhine-Westphalia, on Saturday, June 4 by his dad as a treat.

But while his 47-year-old father, who has not been named, was distracted while talking to a female companion, the boy sneakily stole the car keys and started up the Opel sedan.

A police spokesman said: “In an unobserved moment, the eight-year-old, who has autism, must have grabbed the car keys and then started his father’s parked car.”

The blue Opel suddenly shot forward, smashed into a flower pot, and slowed down.

But it kept going and plowed into a table and chair, sending an unnamed family with two small children diving for cover.

The car then shot into the ice cream parlor, coming to a halt with one wheel still outside, as seen in this photo.

A 57-year-old woman – who had been sitting inside the ice cream shop – was hit by flying debris and suffered injuries to her hand.

Neither the 57-year-old woman nor the 29-year-old man were named but both were treated by paramedics, say police.

The boy driver, who has not been named either, then emerged from the car shocked but unscathed, reported local media.

In a statement obtained by Zenger News, the Gelsenkirchen Police said (in German): “In an accident in Horst [a district of Gelsenkirchen] on Saturday evening, June 4, 2022, two of the visitors were slightly injured.

“In an unnoticed moment, the eight-year-old took his father’s car keys from the table, got behind the wheel and drove the car away.

“At a slow speed, but without braking, the car finally rolled into an adjoining room of the ice cream parlor where guests had been seated.

“A 57-year-old from Gelsenkirchen and a 29-year-old from Essen were slightly injured in the accident. Both were treated on-site by rescue workers, but did not receive further treatment in the hospital.

“The boy at the wheel was unharmed.”

It is currently unclear how much damage was done to the car.