Kateryna Herman, 35, from Lyman, was seriously injured when Russian forces shelled her hometown on May 1.
By William McGee June 9, 2022
Facebook
Twitter
Linkedin
Email 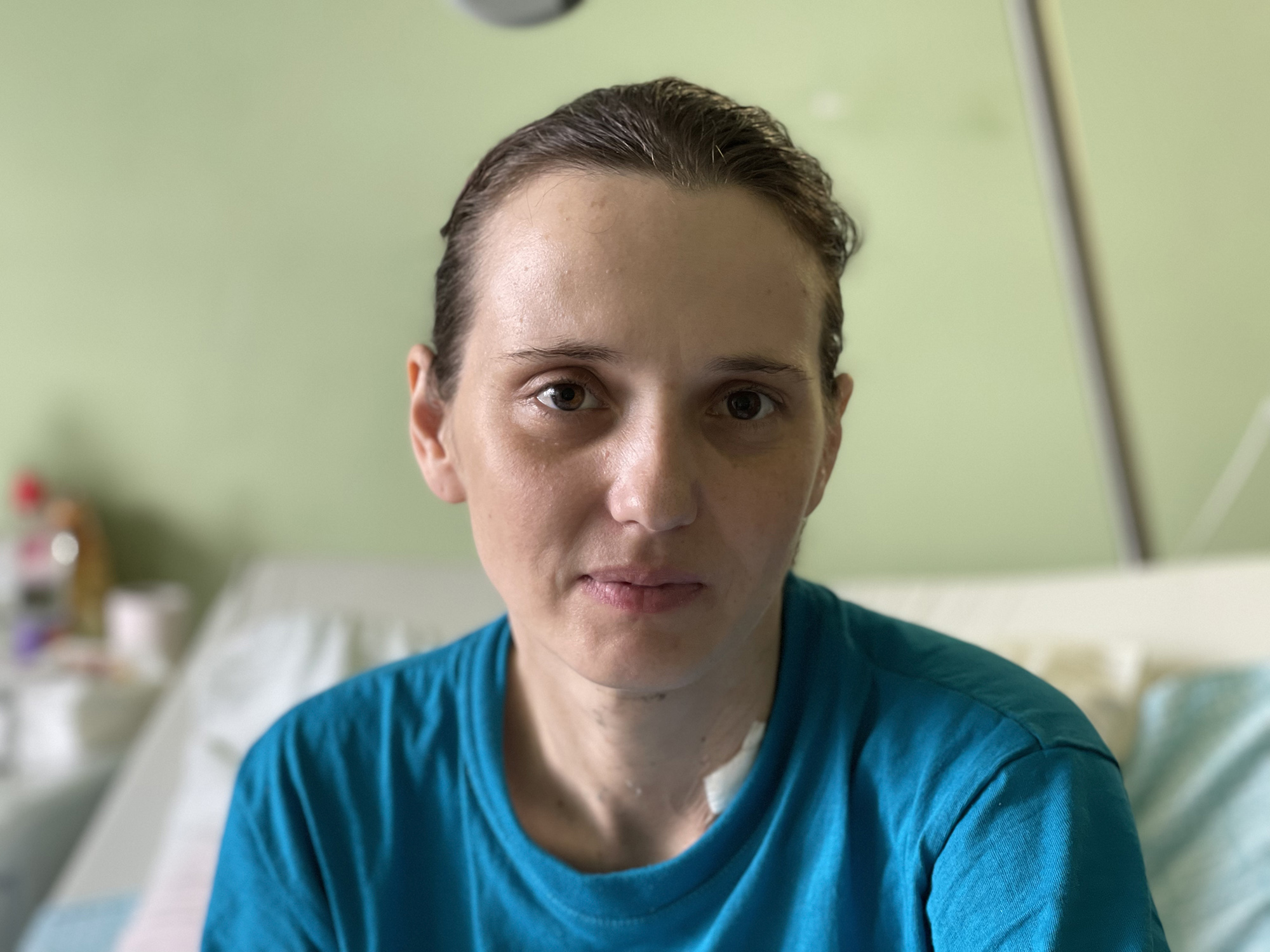 Kateryna, 35, from Lyman in Donetsk Oblast, Ukraine, was seriously injured during a Russian shelling of her hometown on May 1, 2022. (The First Medical Association of Lviv/Zenger)

A Ukrainian woman lost a hand, a foot, and her unborn child when a Russian rocket blasted her apartment building.

Kateryna Herman, 35, from Lyman, Donetsk Oblast, in eastern Ukraine, was seriously injured when Russian forces shelled her hometown on May 1.

Her husband Konstantin was uninjured and was able to carry her to rescuers, who took her to a hospital in Sloviansk.

Her remaining hand was also badly injured, and she had been hit in her pregnant belly by shrapnel.

Doctors fought to save the life of her 12-week-old unborn baby, but unfortunately there was nothing that could be done.

Kateryna was then transferred from hospital to hospital. From Sloviansk she was taken to Dnipro, then to Kyiv, then to Lviv.

From Lviv, she was taken to Sweden, where she will receive prosthetics and undergo rehabilitation.

But Kateryna dreams of returning to Ukraine as soon as possible to take her six-year-old son Damir, who also survived the blast, to first grade in the fall.

Spokeswoman Zoriana Hasi&iukcy; of the First Medical Association of Lviv told Zenger News in an exclusive interview: “The prognosis for Kateryna’s condition is positive.

“She was visited by a Danish prosthetist, who gave a very optimistic prognosis about the leg prosthesis.

“Now the family is in Sweden, where she is cared for by many specialists.”

The hospital said it did not know which unit or units of the Russian Armed Forces were behind the attack on the Herman family’s apartment block.

Hasi&iukcy; added: “Kateryna really wants to return to Ukraine as soon as possible to take her son Damir to first grade.

“However, they do not yet know exactly where they will return to.

“What the family wants most now is good rehabilitation and a modern prosthesis so that Kateryna can walk, run and even paint.”

The Herman family’s hometown was eventually taken by pro-Russian forces weeks after she was injured.

The so-called Donetsk People’s Republic claimed full control of Lyman on Friday, May 27, with Ukraine appearing to concede it.

Before the invasion, the city had a population of over 20,000.