‘We Must Pray With Actions’: Latino Church Leaders After Uvalde Shooting 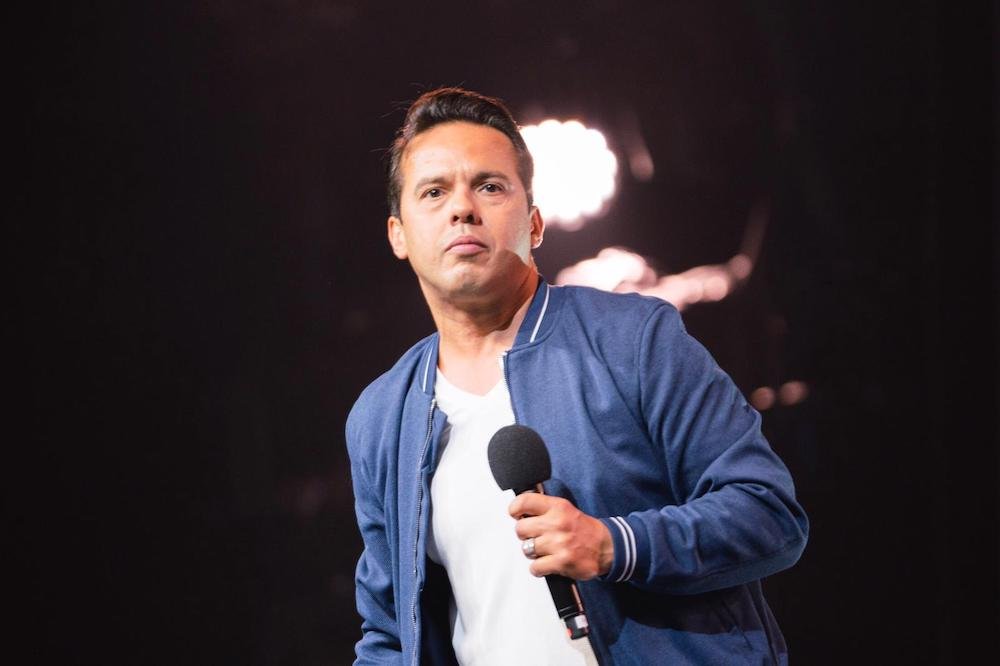 “The number one crisis in America is mental illness and young people embracing a virtual world and attempting to bring it into the real world, Pastor Samuel Rodriguez, pictured, said in Boston last week. (IMDB/Creative Commons)

Quoting Galatians 6:9, Pastor Samuel Rodriguez said at a Boston revival meeting after multiple mass shootings in the United States last week: “Let us not become weary in doing good, for at the proper time we will reap a harvest if we do not give up.”

“We have to keep pushing the plow of hope,” Rodriguez added in his own words. “The number one crisis in America is mental illness and young people embracing a virtual world and attempting to bring it into the real world.”

The president of the National Hispanic Christian Leadership Conference, the largest Hispanic Christian organization, also told the Boston gathering that “the loss of the most vulnerable speaks to the fact that we live through dark times. There is a collective sense of despair.”

Rodriguez said the 18-year-old gunman who killed 19 children and two adults at a Uvalde, Texas, elementary school “was living in darkness” and that what ”defeats darkness is the light.”

“We can’t negate the sovereignty of a mighty God. We must pray with actions. We can’t expect our elected leaders to provide solutions.”

“We can’t negate the sovereignty of a mighty God,” Rodriguez added. “We must pray with actions. We can’t expect our elected leaders to provide solutions.”

Rodriguez is a frequent guest on CNN, FOX News, Univision and Telemundo. He has also been invited to the White House by the last three presidents.

In the 1960s, the church was the epicenter of much of the African-American community. Today, it is more daunting for Rodriguez, a native of Puerto Rico, and other ministers to have the same influence over the Latino community in the United States.

These numbers are significant when one looks at the response to the May 24 mass shooting in Uvalde, Texas, a majority Hispanic community.

“It is heart-wrenching what has occurred,” Rodriguez said in an interview with ReligionUnplugged.com. “The words are so few, but God is still in control. We have to see beyond this incident.”

Rodriguez, the leader of an organization with 46,000 churches in its membership, said now is the time to go beyond prayers and talk.

“This is an awakening for us,” he said, recommending steps to be taken to end the gun violence in the United States. “Churches should hire a mental health minister; schools should work toward having a single entrance; and thirdly, the age to obtain a gun should be raised to 21. We believe in the Second Amendment, but we must have prudent and common-sense approaches.”

Heber David Paredes, the pastor of Iglesia Roca de la Eternidad in Landover Hills, Maryland, which has more than 1,000 members, is a friend of Rodriguez and agrees with his sentiments.

“We have to be attuned to the emotional state of our children,” Paredes said. “We have two to three hundred children in our small group, and our leaders are counseling with them. This is unbelievable. We had another [shooting] last night in a hospital. There is no security anywhere.”

“I am trying to teach people to live in this environment with the peace of God,” Paredes said. “There will always be something to take the peace.”

Rodriguez also spread his message on the other side of the United States last week.

“Look at your neighbor and say there is glory inside of me — I am the temple of the Holy Spirit,” Rodriguez said at the New Season Church in Sacramento over the weekend while wearing a T-shirt with the word “Glory.”

“We need dads to come back into  the lives of young men and double down on what is wrong” he said with Father’s Day approaching on June 19.

Paredes agreed with his friend and fellow preacher.

“The young man in Texas was troubled because he had no mother or father in his life. Who listens to these children when they express the anger that they have?” Paredes said.

Senior contributor Hamil Harris is an adjunct professor at the University of Maryland, College Park, and has been a lecturer at Morgan State University. Harris is minister at the Glenarden Church of Christ and a police chaplain.