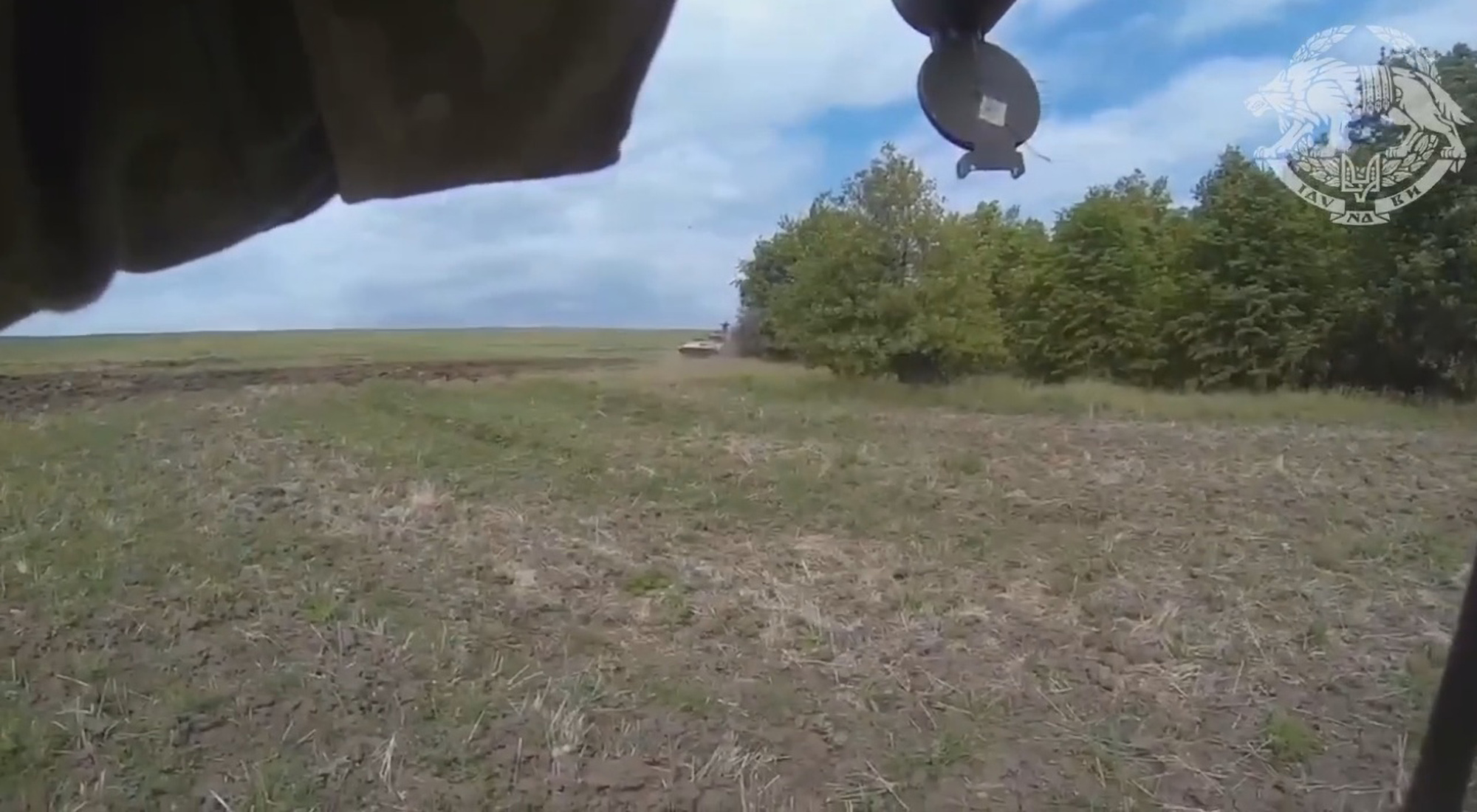 This is the tense moment when Ukrainian soldiers in an open field fire rockets at a Russian infantry fighting vehicle and then turn and run after scoring a direct hit.

The footage opens with two Ukrainian soldiers standing in an open field, one of who is armed with a rocket-propelled grenade and who then fires at the Russian vehicle.

After scoring a direct hit on the vehicle, which is seen partially hidden behind some trees, the two troops then turn around and run to avoid return fire.

Aerial footage apparently filmed by a drone then reveals how the Russian military vehicle was apparently left damaged beyond repair by the strike.

Zenger News obtained the video from the Special Operations Forces (SSO) – one of the five branches of the Armed Forces of Ukraine – earlier on Tuesday, June 7.

The SSO said (in Ukrainian): “This BMP-2 was discovered by the Special Operations Forces of the Armed Forces of Ukraine during special reconnaissance. And, deciding not to waste time or seconds, they destroyed the enemy’s equipment.”

The BMP-2 is a Soviet amphibious infantry fighting vehicle that entered service in 1980. It is operated by the militaries of several countries, including both Russia and Ukraine.

Ukraine’s special forces did not specify where in the country the strike took place.

The General Staff of the Armed Forces of Ukraine reported earlier today that between February 24 and June 7, Russia had lost about 31,360 troops in Ukraine.

The Russian Ministry of Defense reported earlier today that over the same period, “190 Ukrainian aircraft and 129 helicopters, 1,139 unmanned aerial vehicles, 333 anti-aircraft missile systems, 3,443 tanks and other armored combat vehicles, 478 multiple launch rocket systems, 1,807 field artillery and mortars, as well as 3,464 units of special military vehicles” had been destroyed during the “operation”.

The Ukrainian SSO is comprised of an estimated 1,000 to 5,000 personnel. It is headquartered in the capital Kyiv and its motto is “I come at you.”

The Kremlin is now saying the goal of its “operation” is to “liberate” or “protect the Donbass.” June 7 marks the one hundred and fourth day of the invasion.