The arrest was filmed in the city of Ormond Beach in Volusia County, Florida, on the afternoon of Sunday, June 5.
By Lee Bullen June 9, 2022
Facebook
Twitter
Linkedin
Email 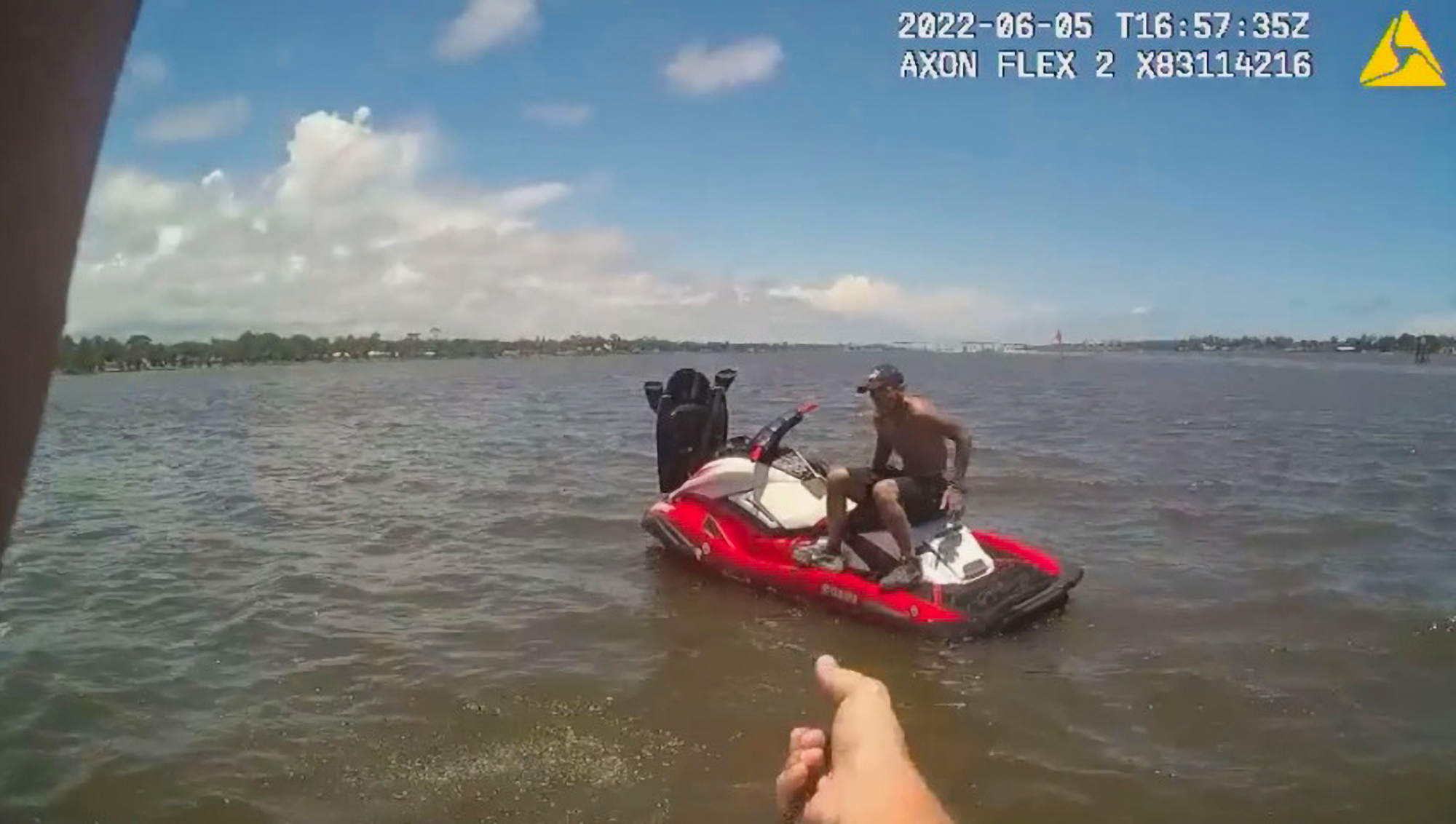 This is the moment Florida cops commandeer a family’s speedboat to arrest a man suspected of stealing a jet ski.

The arrest was filmed in the city of Ormond Beach in Volusia County, Florida, on the afternoon of Sunday, June 5.

According to the Volusia County Sheriff’s Office, the suspect – named as Ronald Williams, 48 – was unable to start the jet ski, but he tried to float away on it anyway.

After the police were informed of the suspected theft, officers approached a family planning to spend the afternoon on their boat to ask them if they could use it to catch Williams.

In police bodycam footage, an officer is seen approaching the family and explaining the situation to them.

One of the members of the family can be heard answering: “Yes, sir?”

The officer then says: “We’ve got a guy down here that’s trying to steal a jet ski. He’s on the jet ski in the river. Is there any way you could take a couple of us down there to him?”

The boat owner replies: “Sure. Do you want to take the boat? You can take it and come back.”

Two officers take the boat out and find the suspect floating in the water on the jet ski.

One cop draws his gun and tells the man: “Put your hands up!”

The officer tosses a rope to the suspect and pulls him towards the commandeered boat.

At the end of the clip, the cops are seen returning the speedboat to the family and thanking them for their assistance.

The Volusia County Sheriff’s Office (VCSO) said on June 6: “Just want to say thank you to an Ormond Beach family who let our deputies interrupt their Sunday afternoon to apprehend a suspect on a stolen jet ski.

“Around 12:30 p.m., deputies responded to assist the Ormond Beach Police Department on a report of an in-progress theft of a jet ski. The suspect (Ronald Williams, DOB 3/4/1974) had been unable to get the watercraft started, but decided to float away on it anyway.

“Nearby, a family was about to head out on the water for the afternoon, but instead they allowed deputies to take their boat over to the suspect, who was still floating in the Intracoastal Waterway trying to get the jet ski started.

“Williams was taken into custody without incident and the jet ski was returned to its owner.”

The VCSO added: “We really appreciate the help from our residents!”