Sensitive Skin: Scientist Develops Next Generation ‘Smart Skin’ Which Can Even Feel Microorganisms

The skin is the largest sensory organ and at the same time the protective coat of the human being.
By Simona Kitanovska June 9, 2022
Facebook
Twitter
Linkedin
Email 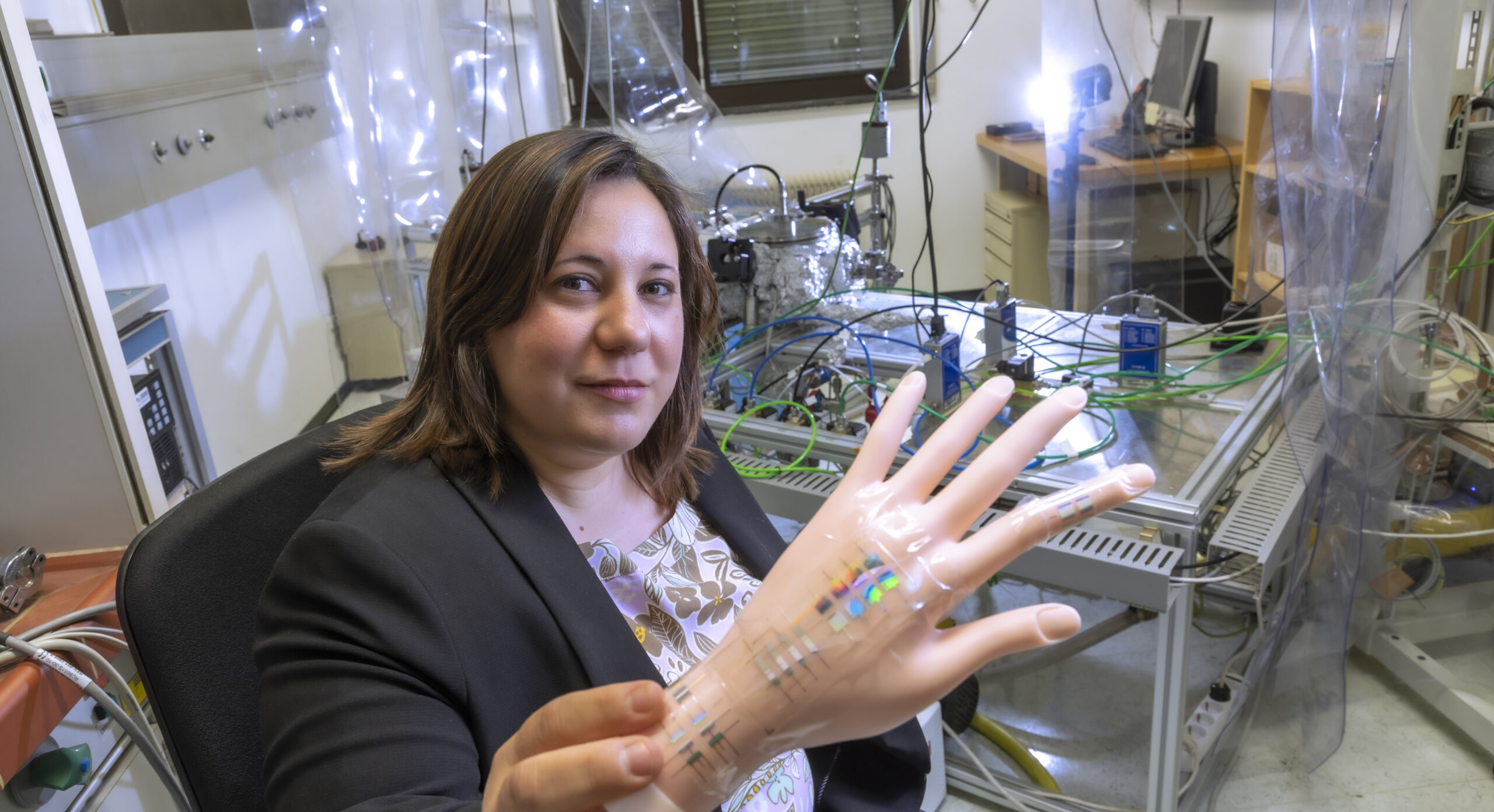 After six years of hard work an Italian woman researcher has managed to create a next-generation smart skin which is even more sensitive than real skin and can even detect microorganisms.

Working at the Institute of Solid State Physics at the Graz Technical University (TU Graz) in Austria, Anna Maria Coclite has now unveiled her pioneering development of a three-in-one hybrid material “smart skin” that can detect touch, temperature and moisture.

For almost six years, she and her team have worked on the development of smart skin as part of Coclite’s European Research Council (ERC) project Smart Core. With 2,000 individual sensors per square millimeter, the hybrid material is even more sensitive than a human fingertip.

Each of the sensors consists of a unique combination of materials: an smart polymer in the form of a hydrogel inside and a shell of piezoelectric zinc oxide.

Coclite explains: “The hydrogel can absorb water and thus expands upon changes in humidity and temperature. In doing so, it exerts pressure on the piezoelectric zinc oxide, which responds to this and all other mechanical stresses with an electrical signal.” The result is a wafer-thin material that reacts simultaneously to force, moisture and temperature with extremely high spatial resolution and emits corresponding electronic signals.”

The skin is the largest sensory organ and at the same time the protective coat of the human being.

It “feels” several sensory inputs at the same time and reports information about humidity, temperature and pressure to the brain. For Coclite, a material with such multisensory properties is “a kind of ‘holy grail’ in the technology of intelligent artificial materials.

She said: “In particular, robotics and smart prosthetics would benefit from a better integrated, more precise sensing system similar to human skin.”

An ERC grant winner and researcher at the Institute of Solid State Physics at TU Graz, Coclite has now published her pioneering research in the journal Advanced Materials Technologies.

She said: ““The first artificial skin samples are six micrometers thin, or 0.006 millimeters. But it could be even thinner.”

In comparison, the human epidermis is 0.03 to 2 millimeters thick.

The human skin perceives things from a size of about one square millimeter. The smart skin has a resolution that is a thousand times smaller and can register objects that are too small for human skin (such as microorganisms).

The individual sensor layers are very thin and at the same time equipped with sensor elements covering the entire surface.

This was possible in a worldwide unique process for which the researchers combined three known methods from physical chemistry for the first time: a chemical vapor deposition for the hydrogel material, an atomic layer deposition for the zinc oxide and nanoprint lithography for the polymer template.

The lithographic preparation of the polymer template was the responsibility of the research group “Hybrid electronics and structuring” headed by Barbara Stadlober. The group is part of Joanneum Research’s Materials Institute based in Weiz, Austria.

Several fields of application are now opening up for the skin-like hybrid material.

In healthcare, for example, the sensor material could independently detect microorganisms and report them accordingly. Also conceivable are prostheses that give the wearer information about temperature or humidity, or robots that can perceive their environment more sensitively.

On the path to application, smart skin scores with a decisive advantage: the sensory nanorods – the “smart core” of the material – are produced using a vapor-based manufacturing process. This process is already well established in production plants for integrated circuits, for example. The production of smart skin can thus be easily scaled and implemented in existing production lines.

The properties of smart skin are now being optimized even further. Coclite and her team – in particular the PhD student Taher Abu Ali – want to extend the temperature range to which the material reacts and improve the flexibility of the artificial skin.