The bombed-out Donetsk Airport is being defended by common people who have joined pro-Russian forces.
By Lee Bullen June 9, 2022
Facebook
Twitter
Linkedin
Email 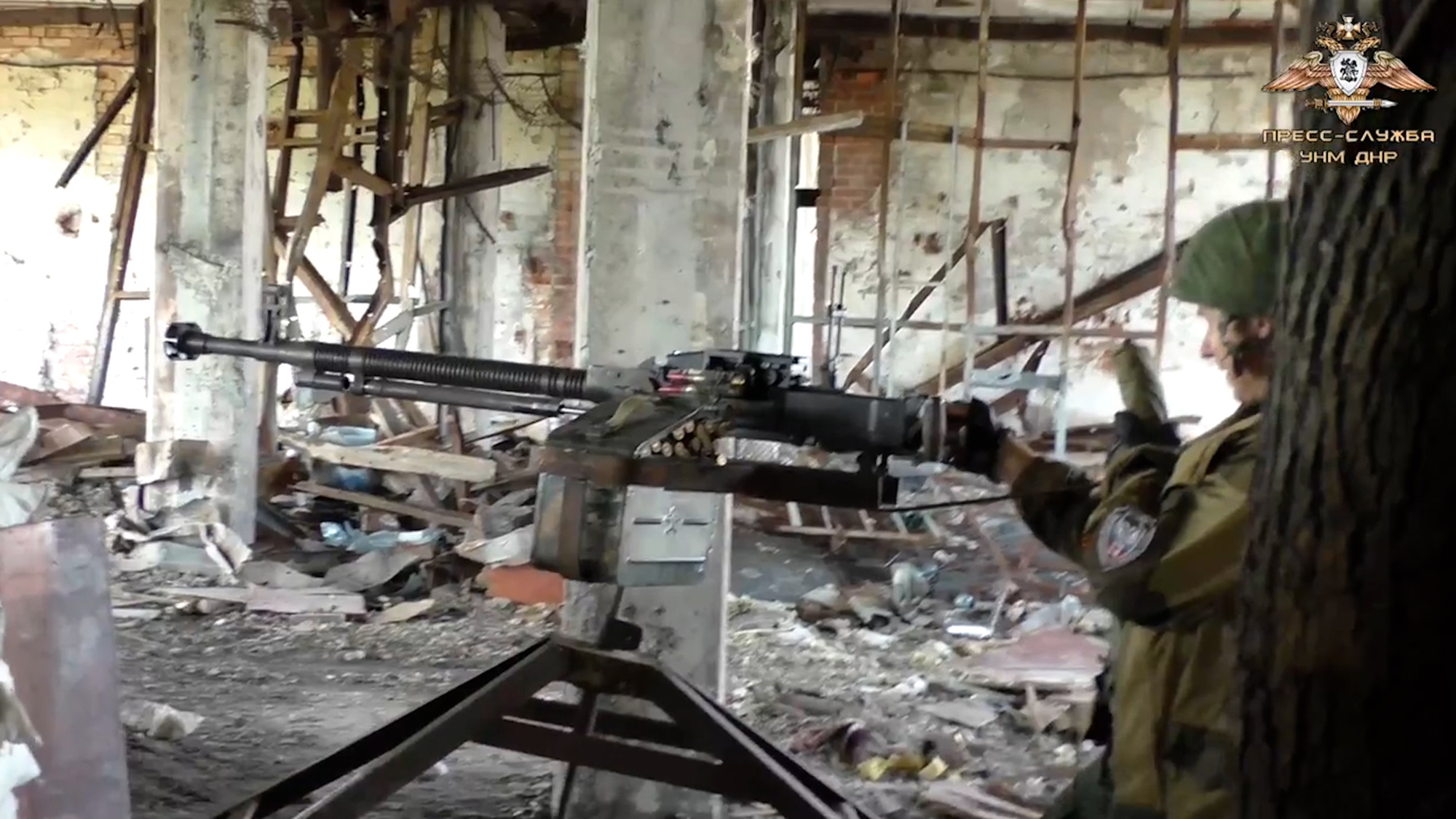 Mobilized military personnel of the Peoples Militia of the DPR hold the defense at the airport of Donetsk.  (Press Service of the UNM DPR/Zenger)

Ordinary people who have joined the ranks of the pro-Russian forces are seen here carrying out a defense of the bombed-out Donetsk Airport in the disputed Donetsk Oblast, a region in eastern Ukraine adjacent to Russia.

The region is internationally recognized as Ukrainian but is administered by pro-Russian separatists.

The People’s Militia (NM) of the so-called Donetsk People’s Republic (DPR) said former teachers and miners now don uniforms and carry out patrols of the city airport, located in a strategically important area of Donetsk.

The militia said on June 7: “Mobilized servicemen of the People’s Militia of the DPR hold the defense at Donetsk Airport.

“Mobilized servicemen of the People’s Militia of the DPR defend one of the most important sectors of the defense of the capital of the Donetsk People’s Republic. Yesterday’s miners, teachers and other workers of peaceful professions are adequately coping with this significant task.”

Following the 2014 ‘Revolution of Dignity’ in Ukraine, the First Battle of Donetsk Airport took place May 26-27 between the DPR and Ukrainian government forces.

After a Ukrainian victory, the DPR retook the airport during the Second Battle of Donetsk Airport between September 28, 2014 to January 21, 2015.

Russian troops invaded Ukraine on February 24 in what the Kremlin is still calling a “special military operation.” June 7 marks 104 days since the first day of the invasion.

Ukraine’s President Volodymyr Zelenskyy has said that Russian attacks on the cities of Sievierodonetsk and Lysychansk has turned them into “dead cities.”

But he added that Ukrainian forces could still hold Sievierodonetsk despite being outnumbered.

Russia’s ambassador to the United Nations walked out of a Security Council meeting on June 6 after European Council president Charles Michel blamed Russia for triggering a global food crisis.