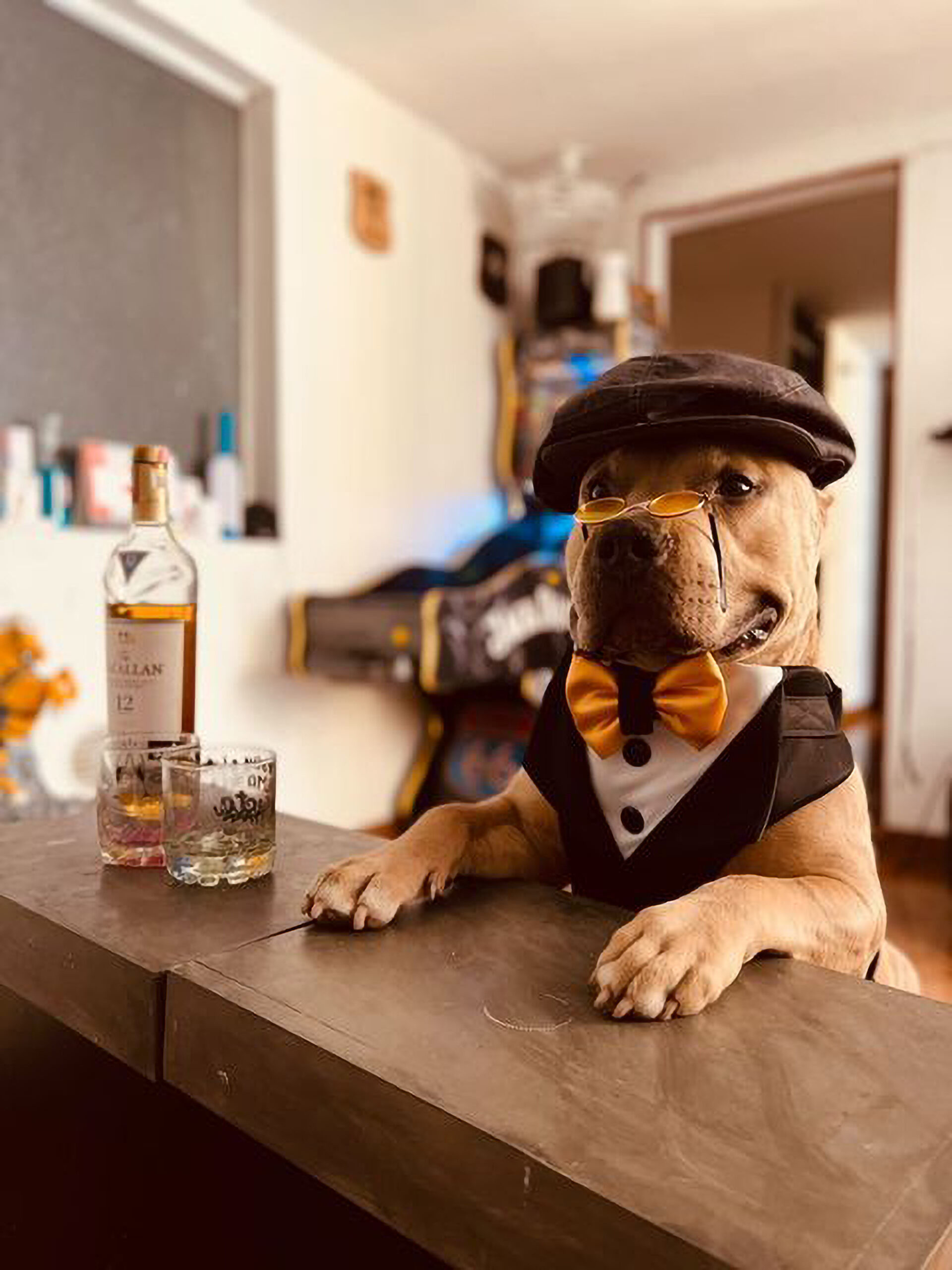 Dog dressed up like Tommy Shelby from 'Peaky Blinders' in Bogota, Colombia. (@vikingo606/Zenger)

This is the viral moment Viking the American Bully turns into a canine Tommy Shelby after watching the latest series of Peaky Blinders.

Viking boasts 1.9 million followers on his dedicated TikTok page where his canine antics regularly go viral with millions of views.

In one recent clip viewed 5.4 million times, the pooch was dressed up as Tommy Shelby from Peaky Blinders by his owner Jhon Freddy Hurtado Guerrero, 31, after they sat down to watch the show together.

The footage shows Viking appearing normally as the caption reads: “My dog after watching Peaky Blinders.”

In the next scene, Viking turns into the machine-gun-toting gangster complete with a sharp suit, flat cap, and Shelby’s trademark rolled-up cigarette in his mouth.

Jhon, a personal trainer and content creator from the Colombian capital Bogota, said: “I got Viking at a kennel in the city, it was love at first sight!”

He said he decided to dress his beloved pooch as Shelby because they are both “elegant.”

Jhon told Zenger News: “We go for daily walks, regularly visit the vet, it’s just the two of us so we spend most of the day together, I work from home so he is never alone.

“I love Peaky Blinders and Tommy is my favorite character. He is a great leader, and so smart and elegant.

“Viking is very elegant too so I decided to dress him like Tommy. I know a tailor who helps us when we do cosplay. It wasn’t expensive, almost 10 dollars.

“With Viking, we are trying to be creative and produce content to show people that these kinds of dogs are not as dangerous as they seem.

“We had some videos that trended in other countries so I’m proud of the idea that other people are fond of Viking and have shed certain prejudices towards dogs.”

Jhon told Zenger News: “Most or almost all of the comments are positive, people love Viking, which I appreciate very much, and of course there are very funny comments that gather thousands of likes on his videos.

He added: “I am very happy that we reach more people and more countries every day.”

In the show, Thomas Shelby, a gangster based in the industrial English city of Birmingham, in the United Kingdom, is played by the Irish actor Cillian Murphy, 46.

The hit show ended its nine-year run with the final episode being released in April this year.