In the footage, the Ukrainian brigade is seen firing a flurry of missiles from a multiple-launch rocket system in a muddy field.
By Lee Bullen June 9, 2022
Facebook
Twitter
Linkedin
Email 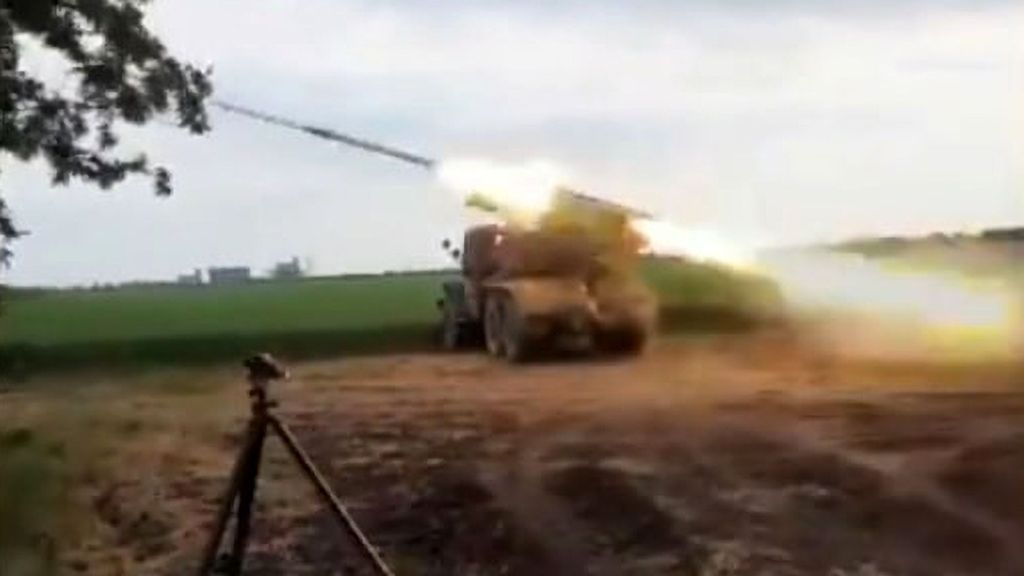 This is the moment Ukrainian marines fire a volley of missiles at Russian targets as a “fiery greeting” to the enemy.

The marine brigade stated on June 7: “For Kherson! Artillerymen of the separate brigade of marines in the southern direction sent ‘fiery greetings’ to the Russian occupiers.”

The 35th Marine Infantry Brigade added: “Glory to Ukraine! Glory to our heroes!”

In the footage, the Ukrainian brigade is seen firing a flurry of missiles from a multiple-launch rocket system in a muddy field.

Ukraine’s President Volodymyr Zelenskyy has said that Russian attacks on the cities of Sievierodonetsk and Lysychansk has turned them into “dead cities”, but added that Ukrainian forces could still hold Sievierodonetsk despite being outnumbered.