The fan had traveled to Munich to watch England take on Germany in the Nations League.
By William McGee June 9, 2022
Facebook
Twitter
Linkedin
Email 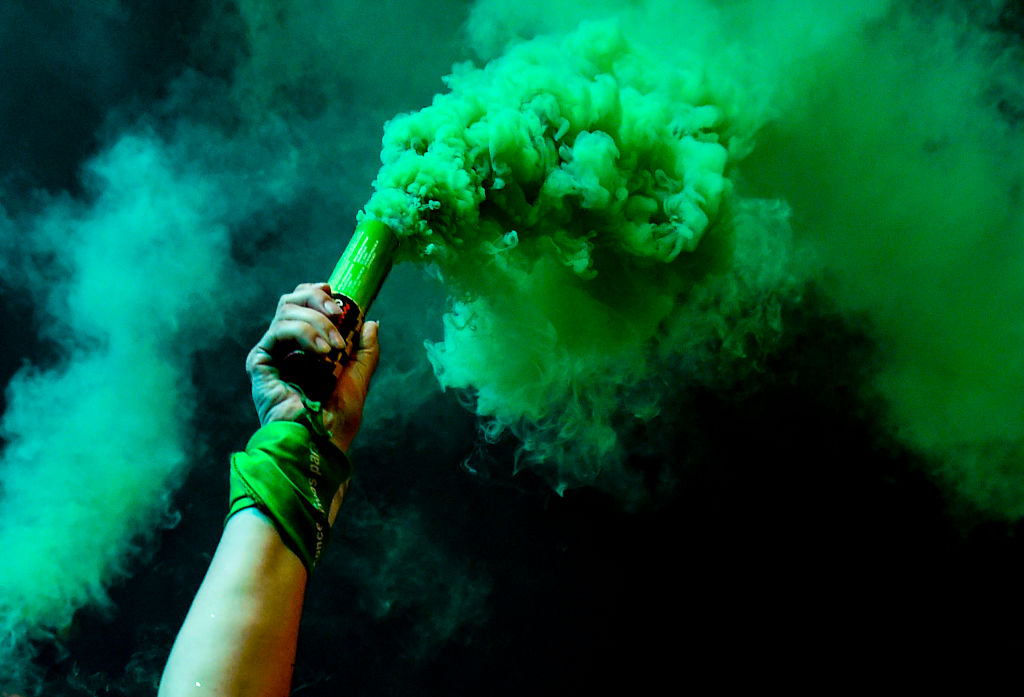 Detail of a smoke flare on December 30, 2020 in Buenos Aires, Argentina. (Photo by Marcelo Endelli/Getty Images)

An English soccer fan is under police investigation in Germany for setting off a flare in his Munich hotel room during the Germany-England match.

The British national – not named in local reports – lit a flare known in the British Isles as a Bengal torch near the window of his hotel room last night, Tuesday, June 7.

Smoke reportedly billowed out of the window and back into the room, triggering the fire alarm system and alerting the fire brigade.

A fire engine raced to the hotel on Ingolstaedter Strasse, which is located in the Munich district of Milbertshofen-Am Hart and Schwabing-Freimann, with its sirens blaring.

The smoke could be seen from the street and firefighters had to open several rooms to find the source.

They finally discovered the England fan in his smoke-filled room.

He quickly threw the flare out of the window and onto the awning below but to no avail.

He is now under police investigation and is likely to have to pay a fine.

The fan, who has not been named due to strict local privacy laws, had traveled to Munich to watch England take on Germany in the Nations League.

The Munich Fire Brigade said (in German) in a statement obtained by Zenger News: “Daily updated tip from the fire brigade: Please do not light a ‘Bengal torch’ in your hotel room.

“This will definitely be an expensive pleasure. And even more important: it endangers all other hotel guests!

“A fire engine from the Munich fire department was alerted to Ingolstaedter Strasse tonight.

“An automatic fire alarm system had been triggered. When the fire brigade arrived, smoke was clearly developing on the first floor of the hotel.”

They added: “After several rooms were opened, it was revealed that a supporter of the England national football team had ignited a Bengal torch from his hotel room window.

“The smoke, which is created as a pyrotechnic effect by the burning of the torch, drew into the football fan’s double room and then spread further throughout the building.

“The ‘Bengal torch’, which was disposed of on the hotel’s awning, was quickly identified as the cause of the smoke.

“After the smoke was removed by the Munich fire brigade, the Munich police took over the further processing of the matter.