Rescue workers said they eventually extinguished all the fires and luckily no one was reported as injured.
By Lee Bullen June 9, 2022
Facebook
Twitter
Linkedin
Email 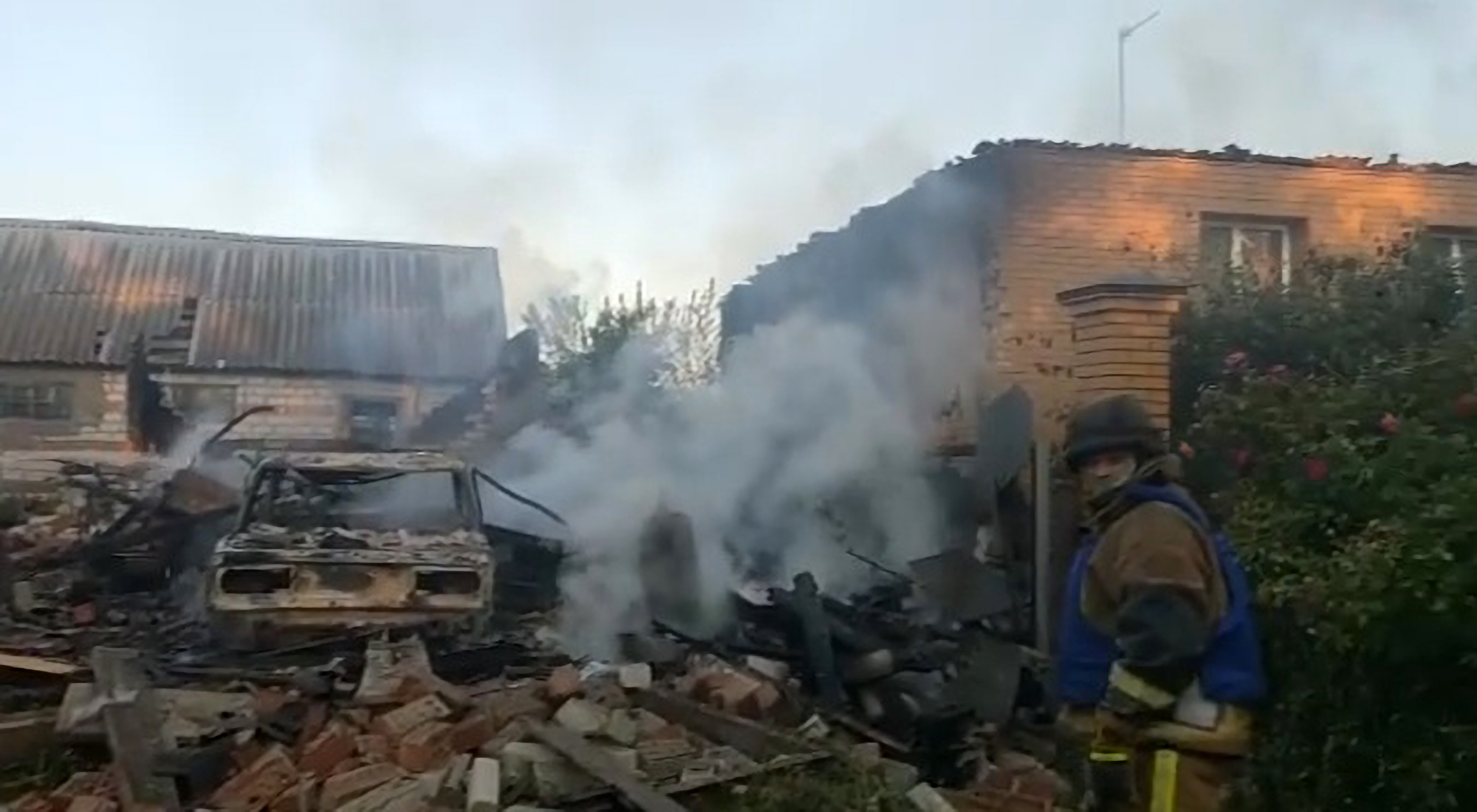 Rescuers and Firefighters eliminated fires from the Russian Shelling of civil Targets in the cities and villages of Ukraine. (SES of Ukraine/Zenger)

This is the moment Ukrainian emergency workers extinguish a fire at a bombed house in Kharkiv Oblast following an alleged Russian attack.

Rescue workers said they eventually extinguished all the fires and luckily no one was reported as injured.

The SES said on June 8: “The army of Russian non-humans continues to target Ukrainian cities and villages.

“Yesterday, during the day, the enemy carried out several artillery strikes on the village of Korobockine, which is in the district of Chuguyiv in Kharkiv region. As a result of the shelling, the houses of peaceful Ukrainians were destroyed.

“Rescuers in Kharkiv region, together with firefighters from Luhansk region on rotation in the Kharkiv garrison, eliminated all fires.”

The SES added: “Fortunately, no residents were hurt.”

The Ukrainian military said that Ukrainian positions had come under “intense fire” around Avdiivka, Novopavlivska and Zaporizhzhia.