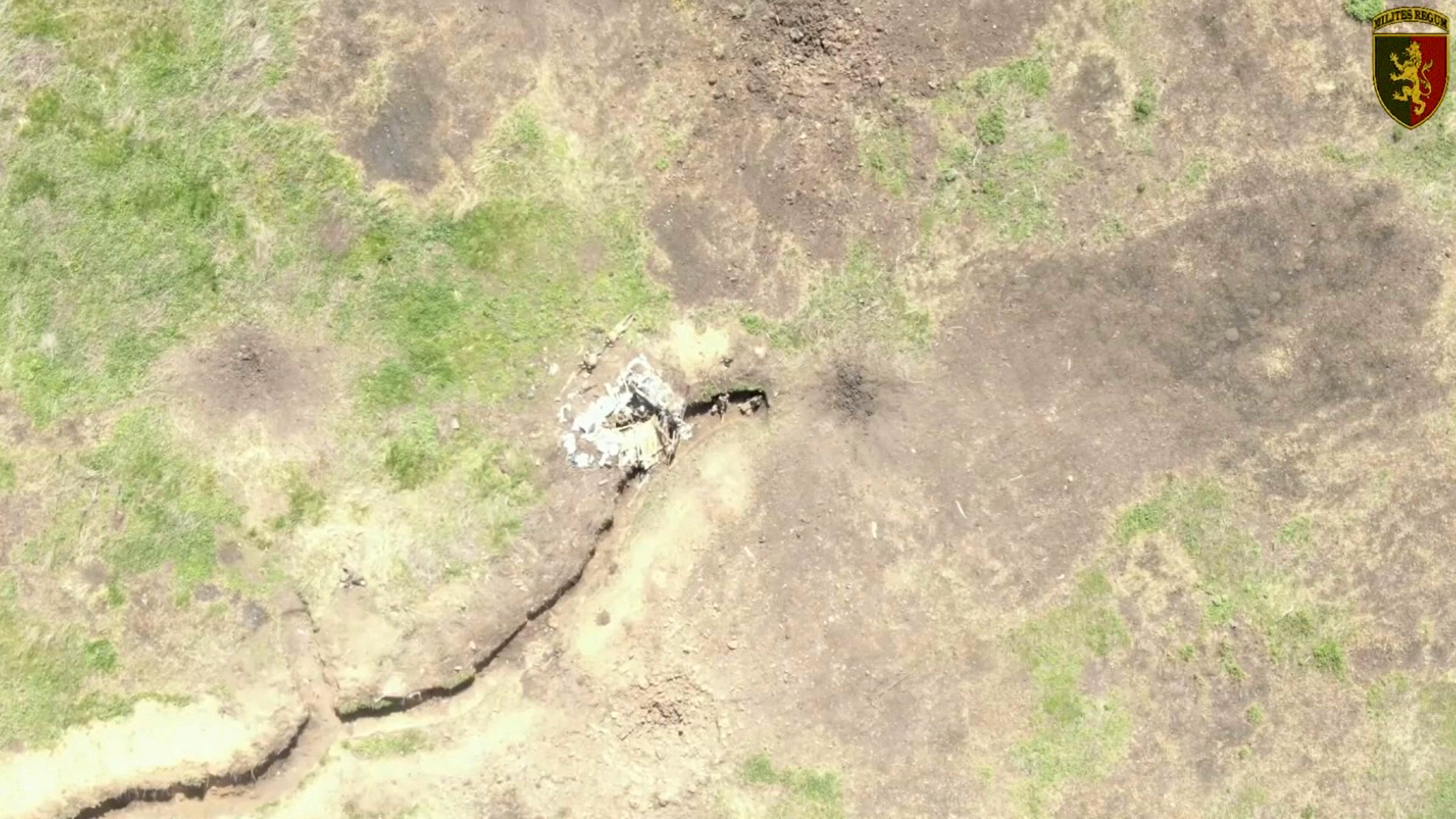 Fighters of the 24th OMBR named after King Daniel destroyed the Russians in the trench in June 2022. (@24th.brigade/Zenger)

This is the moment when a Ukrainian drone drops a grenade with pinpoint accuracy into a trench where Russian troops are gathered.

The released footage opens with an aerial shot of the trench, in which a handful of Russian soldiers can be seen apparently discharging their firearms at the filming drone.

The drone can then be seen dropping a grenade, which the soldiers seem to notice at the last minute and try to escape, but it is too late, and it lands in the trench.

The blast sends smoke everywhere and causes some of the troops to fall down. Some can still be seen moving afterward, but it is not clear if any were injured or killed.

Zenger News obtained the video without comment from the 24th Mechanized Brigade (24th OMBR) of the Ukrainian Ground Forces on Tuesday, June 7.

The Center for Strategic Communications, which is part of the Ministry of Culture and Information Policy of Ukraine, said (in Ukrainian): “This is how Ukrainian defenders destroy the occupiers!

“The enemy could not hide even in the trenches, our soldiers aimed at the occupier from the sky.

“The video was published by the 24th OMBR named after King Daniel.

“Such a fate awaits every invader who tries to come to our land with weapons.”

It is not clear where exactly in Ukraine the footage was filmed and what model of drone the brigade used to drop the grenade.

In related news, more than 1,000 Ukrainian troops captured in Mariupol have been transferred to Russia, according to Russian media.

The Ukrainian military said this morning that Ukrainian positions had come under “intense fire” around Avdiivka, Novopavlivska and Zaporizhzhia.

June 8 marks 105 days since the beginning of the invasion.