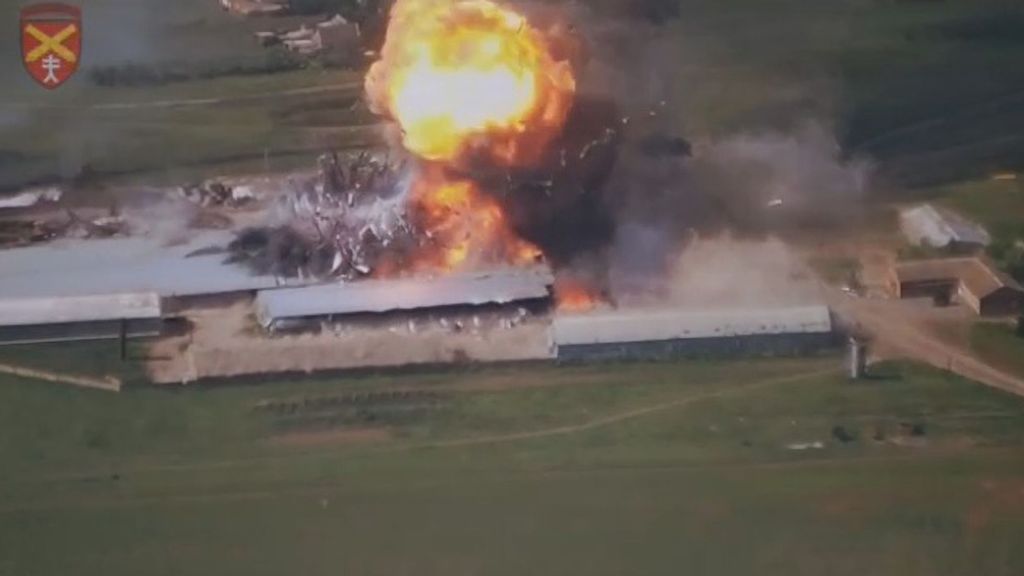 Artillerymen of the Armed Forces of Ukraine bombed Russian equipment in the Pologovsky district in June 2022. (44 separate artillery brigade named after Hetman Daniel the Apostle/Zenger)

This is the moment Ukrainian troops bomb a Russian ammo warehouse and blow it sky-high.

The brigade said on June 8: “Artillerymen of the 44th OAbr of the Armed Forces of Ukraine, with the support of aerial reconnaissance of the 81st brigade of the 5th BTGR, bombed the accumulation of enemy equipment and ammunition in the Pologovsky district.

“It is known that Russian troops fired at three settlements in the Pologovsky district. Enemy shells hit Gulyaipole, the villages of Dobropolye and Upper Tersa.

“Earlier, the Russian military left some positions in the Melitopol and Vasilyevsky regions. As it became known, they moved in the direction of Kherson region.”

Ukraine’s President Volodymyr Zelenskyy has said that Russian attacks on the cities of Sievierodonetsk and Lysychansk has turned them into “dead cities”.

Russia’s ambassador to the United Nations has walked out of a Security Council meeting after his country was blamed for triggering a global food crisis.