Weight Lifted : Woman Who Once Held A Strict Diet To Get A ‘Thigh Gap’ Has Now Become A Bodybuilder 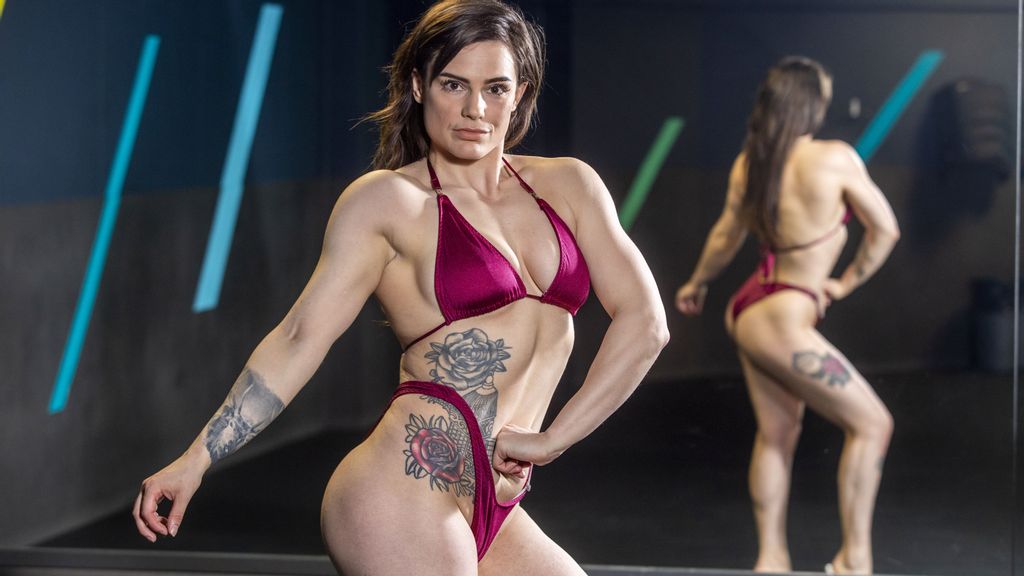 A size six woman who lived on soup and salad in a bid to get a 'thigh gap' turned her life around to become a bodybuilder – and now eats 4,000 calories a day. (Katielee Arrowsmith/Zenger)

A size six woman who lived on soup and salad in a bid to get a ‘thigh gap’ turned her life around to become a bodybuilder – and now eats 4,000 calories a day.

Anna Thomson, 29, spent years eating less than 1,000 calories a day as she tried to maintain her slender frame, but now wants to close the thigh gap.
She was terrified of carbs and dodged rice and pasta for three years while only allowing herself half a carton of soup for lunch.

At her lowest point Anna, from Edinburgh, Scotland weighed just 107 pounds and said looking back she thinks she had an eating disorder.

But five years ago she joined the gym and fell in love with weightlifting – and competed in two bodybuilding shows for the first time last year.

Anna said: “I was really underweight, I was eating less than 1,000 calories a day and trying to get a thigh gap.

“I think people were so conditioned to want that because of what we saw in the media, on TV and in films.

“When I look back, I do think I had an eating disorder, at my lowest weight I was about 7 stone 9 pounds.”

A ‘stone’ is a unit for measuring body weight equivalent to 14 pounds.

She said, “My diet was so specific – I went years thinking I should only be eating soups or salads for the rest of my life.

“I would obsess about food 30 percent of the day, which is a lot.

“I was so terrified to eat any extra calories I would only allow myself to have half a tub of soup for lunch.

“I went around three years without eating rice or pasta, I was petrified of carbs.

“Every day I had no energy, no get up and go because I was restricting myself so much and I was damaging my body.

“I used to be obsessed with dress sizes and scared to get bigger than a size six.”

But Anna now wears a size ten and said she embraces the fact she can’t fit into any of her old clothes.

She eats up to seven meals and 4,000 calories a day when she is bulking to put on muscle – and enjoys carbs, chocolate and meals out to socialize with friends.

Anna, who can now squat 100 kilograms (220 pounds), became a qualified physical trainer this year and hopes to inspire other women to ditch restrictive diets.

Bikini competitor Anna said she is now trying to close the thigh gap she always longed for in bid to put on muscle and get strong in the gym.

She said: “I started the gym five years ago but just doing cardio and ab workouts.

“I was so timid it took me about a year to build up the courage to go into the weights room.

“I had been stuck in a vicious cycle, but I started to realize I needed to eat to fuel my sessions in the gym.

“At the start I didn’t understand how I could be eating that many calories but then I started to see the benefits of eating more.

“Now I am eating between five and seven meals a day which are mostly based around protein and are much more varied than soup and salad.

“My mindset has totally shifted, I know food is not the enemy anymore, it’s fuel.

“It’s been so transformative it’s like I am a different person.

“I am trying to gain as much muscle on my legs as possible and close the thigh gap.

“I wouldn’t be able to fit into any of my old size six clothes now but I embrace that.”