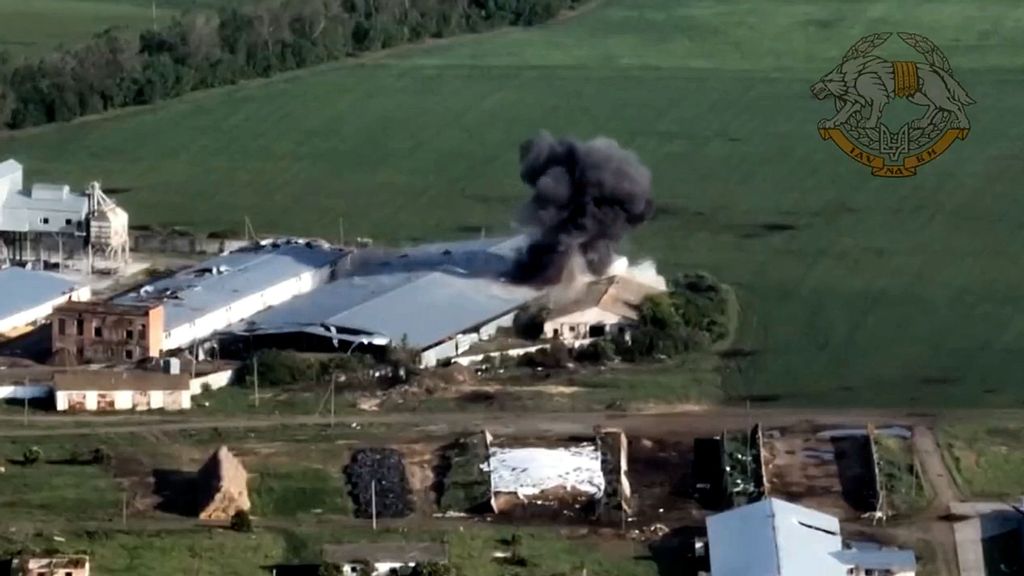 Ukrainian forces say they have destroyed a sophisticated Russian communications station that they discovered in the Kharkiv region, in north-eastern Ukraine.

The images, obtained from the Center for Strategic Communications and Information Security, purport to show the destruction of the communications station.

The timestamp on the footage appears to indicate that the strike took place on Wednesday, June 1. The images reportedly show various buildings being hit with black smoke rising into the sky.

The Center said: “In the Kharkiv region, the Ukrainian military discovered a modern Russian communication station (R-439-OD or P-260-O).

“After that, 92 OMB [92nd Mechanized Brigade] artillery was successfully adjusted to it. The result is on video.”

The organization explained that the Russian “R-439 (second name ‘Legend’) works in operational-tactical and tactical units of control through a spacecraft repeater. The station organizes satellite, as well as classified telephone, telegraph and photo-telegraph communications.”

The Center for Strategic Communications and Information Security describes itself as a body “created under the Ministry of Culture and Information Policy of Ukraine as one of the mechanisms to combat misinformation by joint efforts of the state and civil society.

“The work of the Center is focused on communication counteraction to external threats, in particular – information attacks of the Russian Federation.

“We strive to build sustainable state communications to counter misinformation and the resilience of Ukrainian society to it. Our main principles are constant cooperation with the public sector, the impossibility of political pressure, responsibility and openness.”

The United Kingdom has announced that it is sending for the first time its long-range missiles to Ukraine.