The images were obtained from the 80th Separate Airborne Assault Brigade of the Ukrainian Army.
By Joseph Golder June 8, 2022
Facebook
Twitter
Linkedin
Email 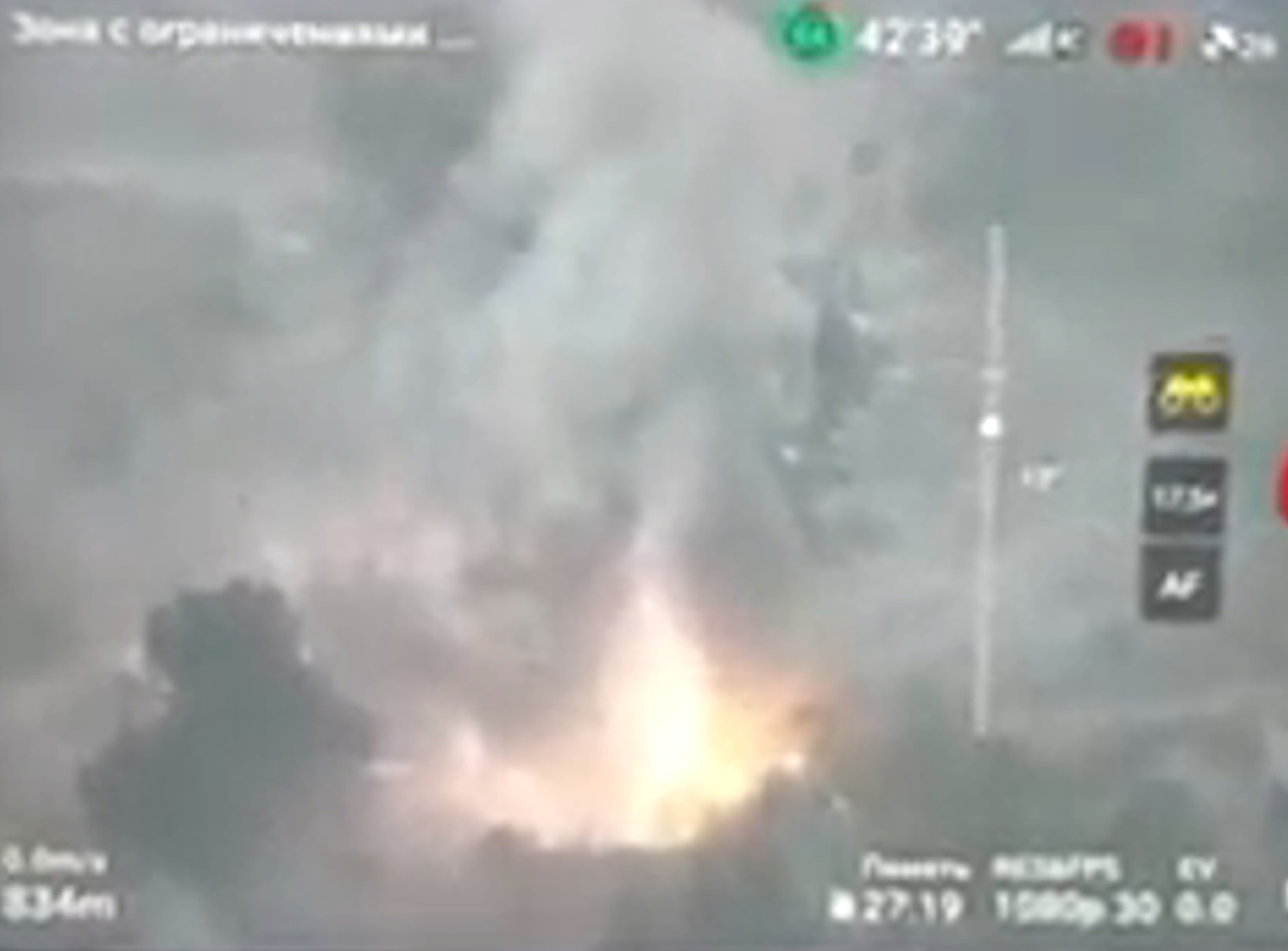 Lviv paratroopers destroyed the warehouse of the occupiers ammunition in June 2022. (@80brigade/Zenger)

The video footage shows a large building on fire, with dark smoke gushing into the air as it appears to be hit multiple times by explosions.

The images were obtained from the 80th Separate Airborne Assault Brigade of the Ukrainian Army, who said that the images showed a “fire show” after the warehouse was reportedly hit with artillery.

During peacetime, the 80th Separate Airborne Assault Brigade is based in the western Ukrainian city of Lviv. They have reportedly been taking part in the defense of their country near the city of Voznesensk, which is in the Mykolaiv Oblast region, in the south-western part of Ukraine, near Odesa.

Russian troops invaded Ukraine on February 24 in what the Kremlin is still calling a “special military operation”. June 7 marks the 104th day of the campaign.

Russia’s ambassador to the United Nations, Vassily Nebenzia, has walked out of a Security Council meeting after his country was blamed by European Council president Charles Michel for triggering a global food crisis.