From February 24 to June 6, the total combat losses of Russian troops stand at around 31,250 personnel.
By Lee Bullen June 8, 2022
Facebook
Twitter
Linkedin
Email 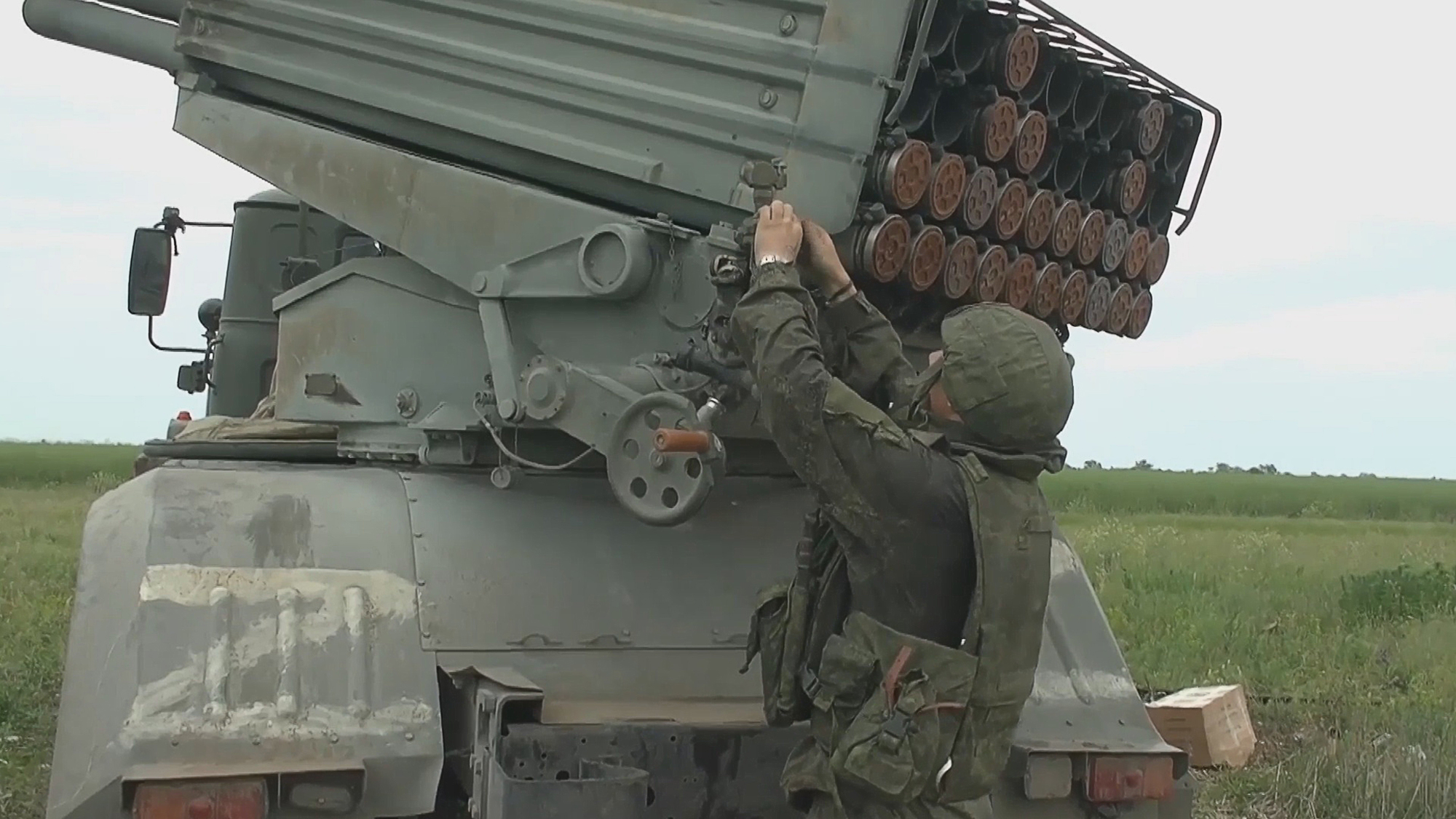 Strike from the Grad MLRS on the positions of the Ukrainian armed forces in June 2022. (Ministry of Defense of Russia/Zenger)

The Russian Ministry of Defense (MoD) said on June 6 that they successfully destroyed the enemy targets with the BM-21 ‘Grad’ – a self-propelled 122-mm multiple rocket launcher designed in the former Soviet Union.

In the Kremlin-released footage, Russian soldiers are seen arriving in a field in the vehicle before firing a volley of rockets at the Ukrainian targets.

At the end of the footage, the troops are seen packing away and leaving the field. While the vehicle trundles away, numerous birds happily chirp in the background despite the noise of the rocket fire allegedly moments before.

Unit commander Mikhail claimed: “Grad MLRS work was carried out and the crew did an excellent job, the targets were hit.”

“The crew is well trained, they work efficiently and do everything quickly. I am very satisfied with my team,” Mikhail added.