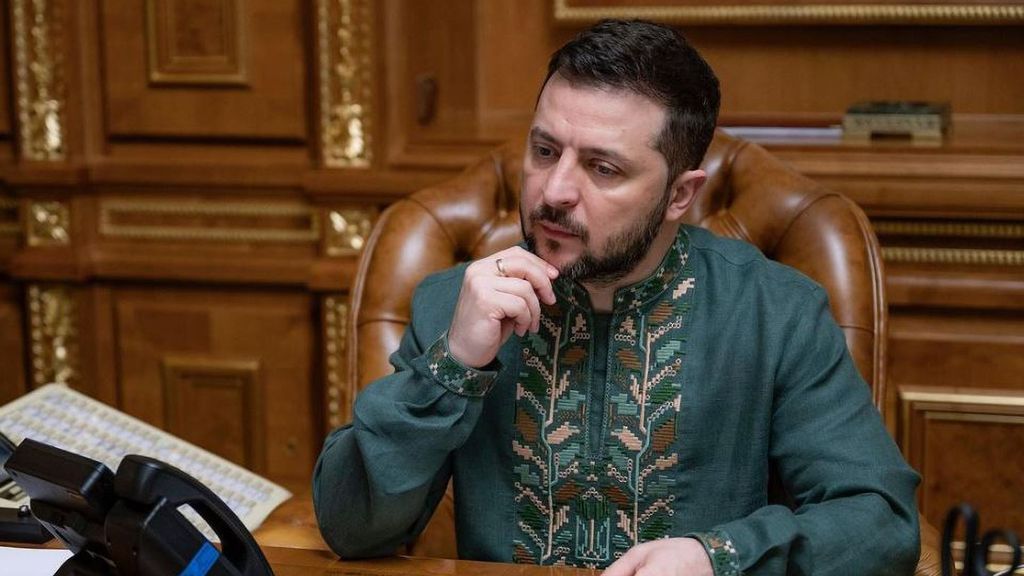 This traditional embroidered shirt worn by Ukrainian President Volodymyr Zelenskyy was sold at an auction in Washington DC for $100,000.

President Zelenskyy wore the shirt on May 19, which was Vyshyvanka Day, as can be seen from these images. ‘Vyshyvanka’ is a casual name for the traditional embroidered shirts worn by Ukrainians.

The Ukrainian Ambassador to the United States, Oksana Markarova, 45, said (in Ukrainian): “At the U24 presentation, the most important lot was the embroidered shirt, in which our President Volodymyr Zelensky delivered a speech on Vyshyvanka Day.”

“Funds will be transferred to the official accounts of the National Bank of Ukraine and allocated by assigned ministries to cover the most pressing needs: defense and demining, medical aid, rebuilding Ukraine.”

An image showing the president wearing the embroidered shirt was posted on his official Instagram account along with the caption: “Phone conversation with @borisjohnsonuk. They discussed defense support, ways to export agricultural products from our country and import fuel to Ukraine. He spoke about the course of hostilities and the operation to rescue the military from Azovstal.”

Ambassador Markarova also thanked bidders for their generosity and for Asters’ winning $100,000 bid, which “through the United24 platform will go to medical needs, and also for agreeing to leave the embroidered shirt at Ukraine House for a while, so many people will be able to see it.”

Speaking about the auction, which took place on Friday, June 3, Ambassador Markarova added: “We hope that the example of Asters and other benefactors of the evening will encourage a large number of companies to join aid directly to Ukraine through U24 and through which they will be able to transparently monitor the use of their donations.”

She added: “Together to victory!”

The auction also featured shirts with autographs from Ukrainian football players Artem Dovbik and Andriy Yarmolenko, who played in the match pitting the Ukrainian national team against Scotland on June 1, as well as other pieces of memorabilia.