A passer-by spotted the infant in the Spanish capital Madrid wrapped in a blanket on June 6.
By Joseph Golder June 8, 2022
Facebook
Twitter
Linkedin
Email 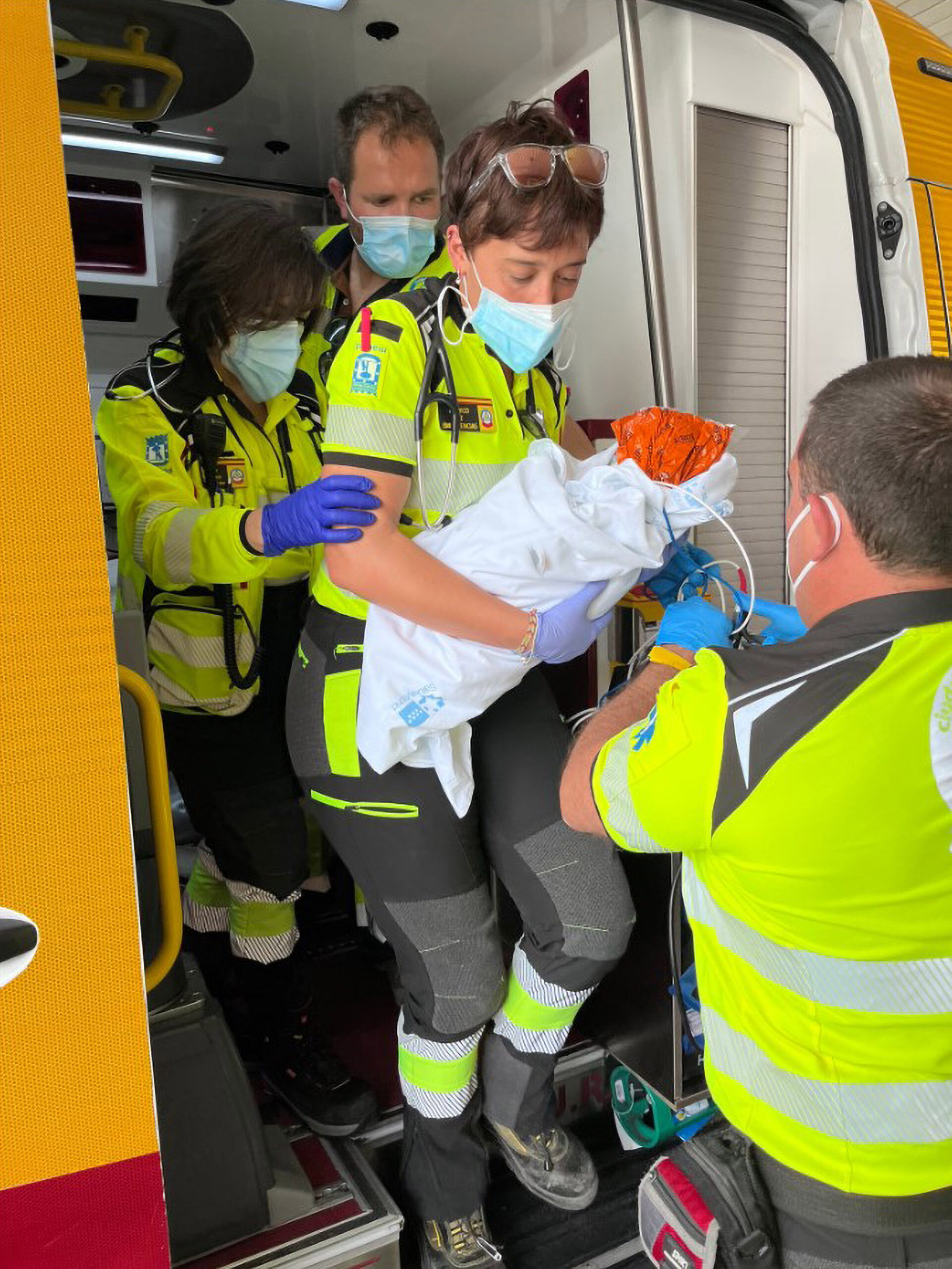 Woman found a newborn baby wrapped in a blanket in Aluche, Madrid in June 2022. (@EmergenciasMad/Zenger).

A newborn baby boy found abandoned on a street was just hours away from dying of hypothermia.

A passer-by spotted the infant in the Spanish capital Madrid wrapped in a blanket on June 6.

Despite the midday sun, emergency workers told local media that the tot was suffering from hypothermia.

Images – obtained from the emergency services – show the newborn wrapped in a blanket and being taken to a hospital by ambulance for treatment.

The SAMUR (Servicio de Asistencia Municipal de Urgencia y Rescate) or Municipal Emergency and Rescue Assistance Service said in a statement: “SAMUR has examined and stabilized a newborn baby that had been abandoned on Padre Piquer Avenue.”

Padre Piquer Avenue is located in the Aluche neighborhood of Madrid. The baby was reportedly found by an unnamed woman who was walking along the avenue, the emergency services said.

The emergency services added: “This is a child who was already suffering from the first signs of hypothermia.

“He has been transferred in good condition to the University Hospital October 12.”

The emergency services added that a police investigation into the incident is ongoing.

It is currently unclear who abandoned the baby and why.

This is not the first time of late that a newborn baby has been found abandoned in Spain.

Another baby was found in the rural village of San Isidro in the province of Alicante in the Spanish region of Valencia on May 21.

According to reports, the suspect, a 39-year-old Swiss woman, gave birth in a house in ruins in a vacant lot next to an industrial estate and then dumped the newborn next to a sidewalk.

A lorry driver notified the police that he saw a woman with blood-stained legs walking in the area while holding a bundle wrapped in a blanket.

Officers arrived on the scene and found the newborn, still with the umbilical cord, showing signs of dehydration although otherwise apparently healthy.

The police tracked down the suspected mother who denied giving birth and refused to be checked by medics sent to the scene, according to reports.

The 30-year-old Swiss woman was placed under arrest and has been remanded in custody for abandoning a minor while the authorities continue to investigate the matter.

Meanwhile, the baby was placed in an ambulance and taken to a nearby hospital where staff carried out checks and named the healthy newborn Noa. It is unclear if the baby is a boy or girl as Noa is a common name for both sexes in Spain.

The case has been brought to the attention of officials of the Children’s Prosecutor’s Office who will decide what will happen to the newborn.

The child remains in the authorities’ care as the investigation continues.

«Previous Post
Dangerous Mistake: A Student Thought She Only Had COVID – But It Was Actually Deadly Meningitis»Next Post
Study: Plastic Food Packaging Can Contain Hundreds Of Chemicals That Cause Cancer, Infertility