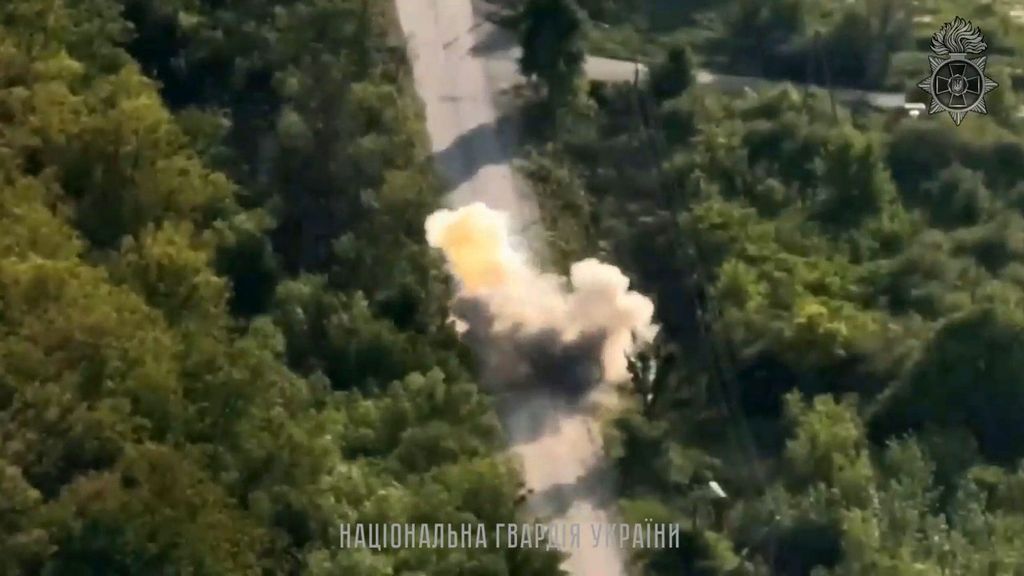 National Guard of Ukraine under the pseudonym Hulk defeated the Russian armored vehicles in June 2022. (@NGUmainpage/Zenger)

This is the moment a Ukrainian Guardsman blasts a Russian armored vehicle with an RK-3 “Corsar” guided missile launcher from a distance of 1.5 miles.

The Center for Strategic Communications (StratCom) said on June 6: “With each shot, the Ukrainian defender reduces the enemy equipment!

“This is the work of a National Guardsman with the call sign ‘Hulk’ in Donbas. The warrior owns the Corsar system and neutralized enemy equipment from a distance of 2.5 kilometers (1.55 miles)!”

In the footage, ‘Hulk’ is seen shooting a missile from the launcher before apparently hitting an enemy armored vehicle traveling along the road. By the end of the clip, the whole convoy has been destroyed.

Russian troops invaded Ukraine on February 24 in what the Kremlin is still calling a “special military operation.” June 7 marks the 104th day of the campaign.