Adult rockhoppers - endangered in the wild - are known for their distinctive yellow tufts on the sides of their heads.
By Joseph Golder June 8, 2022
Facebook
Twitter
Linkedin
Email 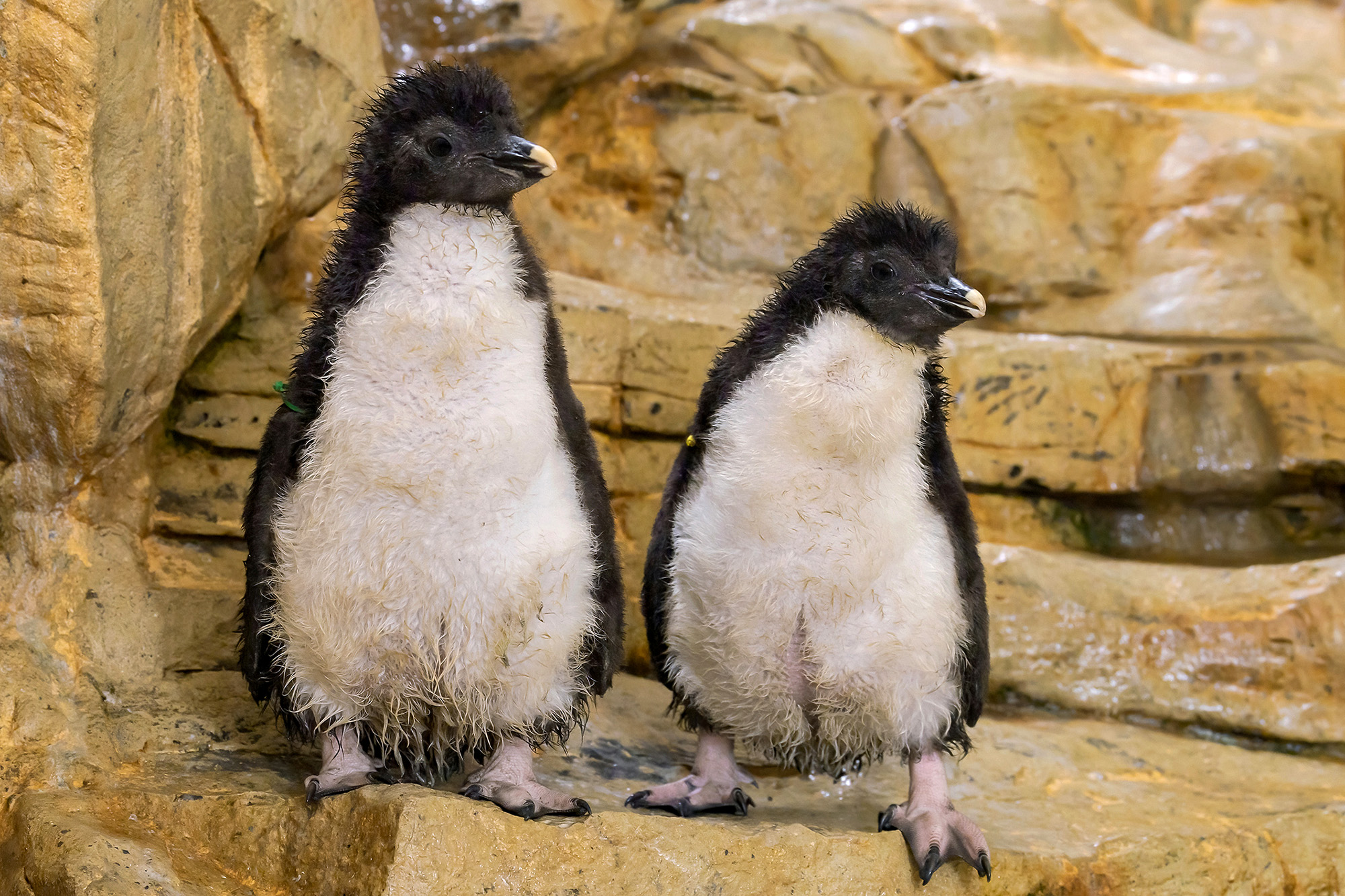 The Southern Rockhopper penguins with their chicks at the Vienna Zoo in Austria.(Daniel Zupanc/Zenger)

Keepers shared heartwarming footage of the youngsters, made famous in the film Happy Feet.

Adult rockhoppers – endangered in the wild – are known for their distinctive yellow tufts on the sides of their heads.

But the youngsters stole the show when the chicks lined up for their weigh-in, helped by handfuls of fresh fish as a treat for their good behavior.

Other footage in the clip shows adults swimming in their glass-sided pool as they chase each other effortlessly through the water at the world’s oldest zoo in Schoenbrunn (Tiergarten Schoenbrunn), in the Austrian capital Vienna.

The zoo said in its statement dated Thursday, June 2: “A total of six rockhopper penguin chicks hatched in the last weeks of spring.”

The zoo added that visitors can now “see the offspring in the ‘kindergarten’ of the Polarium” area of the zoo.

The zoo explained: “The young birds are fed fish twice a day and their weight is constantly monitored. Each chick eats up to 20 small herring and sprats per day.”

They reportedly already weigh in at a healthy 1.5 kilograms (3.3 lbs).

The zoo explained that they are now being kept separate from the rest of the members of their species at the zoo and their enclosure does not have any water because the young chicks’ feathers are not yet waterproof.

The zoo said: “Swimming is only attempted once they have molted for the first time.

“Then they come back to the group because they also live together in large breeding colonies in the wild.”

Zoological assistant Sabine Fruehwirth said: “In Europe, the approximately 55-centimeter (1.8-foot) tall penguin species with the striking yellow feather tufts on its head can only be found in very few zoos.

“As the coordinator of the EEP, we follow the development of all of the approximately 140 rockhopper penguins across Europe.”

The EAZA (European Association of Zoos and Aquaria) Ex-Situ Programme (EEP), formerly known as the European Endangered Species Programme, is geared toward conserving healthy populations of animals in captivity.

Fruehwirth added: “We also put together breeding groups for other zoos, and we are always happy to pass on our experience in keeping and breeding. No other zoo in Europe breeds rockhopper penguins as successfully as we do.”

In the hit 2006 animation film Happy Feet, the character Lovelace, voiced by Robin Williams, is a rockhopper penguin.