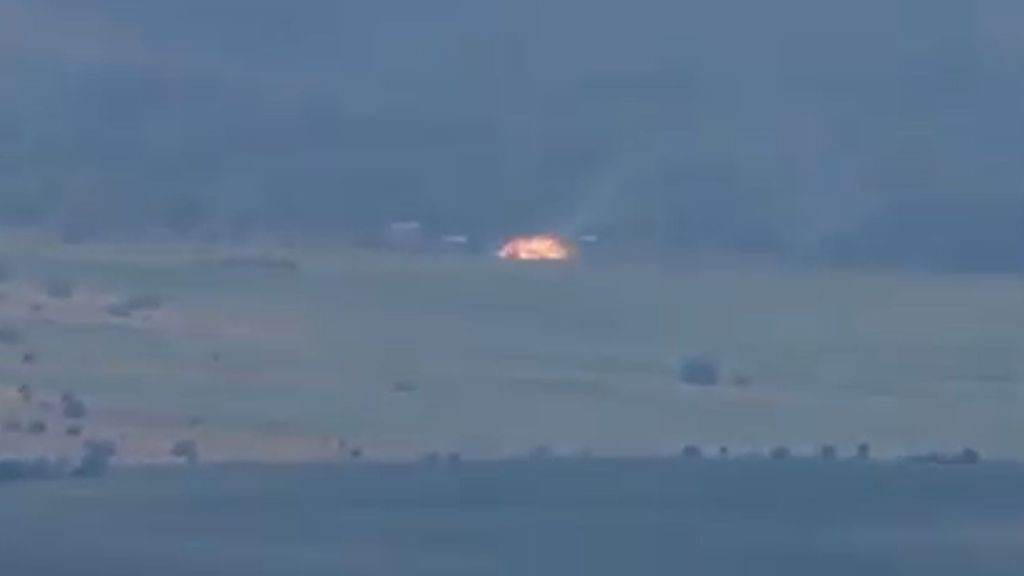 Soldiers of the 128th Brigade destroyed the Russian helicopter in June 2022. (@kommander.nord/Zenger)

This astonishing footage purports to show the Ukrainian military scoring a direct hit on a Russian helicopter in mid-air.

The helicopter is seen plummeting to the ground and exploding in a ball of fire and thick, black smoke in a field.

Zenger News obtained the footage from Operational Command (OC) North – a command of the Ukrainian Ground Forces in northern Ukraine – on Saturday, June 4.

OC North said (in Ukrainian): “Another enemy helicopter has found its last stop in the Donbas!

“Believe in our warriors! Believe in the Armed Forces!

The strike was reportedly carried out by the 128th Mountain Assault Brigade – a formation of the Ukrainian Ground Forces.

The brigade shared the clip a day later with the caption: “Fly, Muscovite!”

The struck helicopter was reportedly a Kamov Ka-52 ‘Alligator’ and its crew was killed instantly.

The twin-seat attack helicopter was reportedly hit by a surface-to-air missile from a man-portable air-defense system.

The 128th Mountain Assault Brigade was raised in 1922 and is the second oldest serving formation of the Ukrainian Ground Forces.

It previously participated in World War II and the War in Donbas, which began in 2014.

The AFU General Staff reported that the Russian military suffered its greatest losses over the past day in the Sloviansk area.

Russian President Vladimir Putin has warned of more attacks in Ukraine if the West sends long-range weapons to Kyiv.