The 45th Separate Artillery Brigade of the Armed Forces of Ukraine said the Russian base burned all night.
By Lee Bullen June 8, 2022
Facebook
Twitter
Linkedin
Email 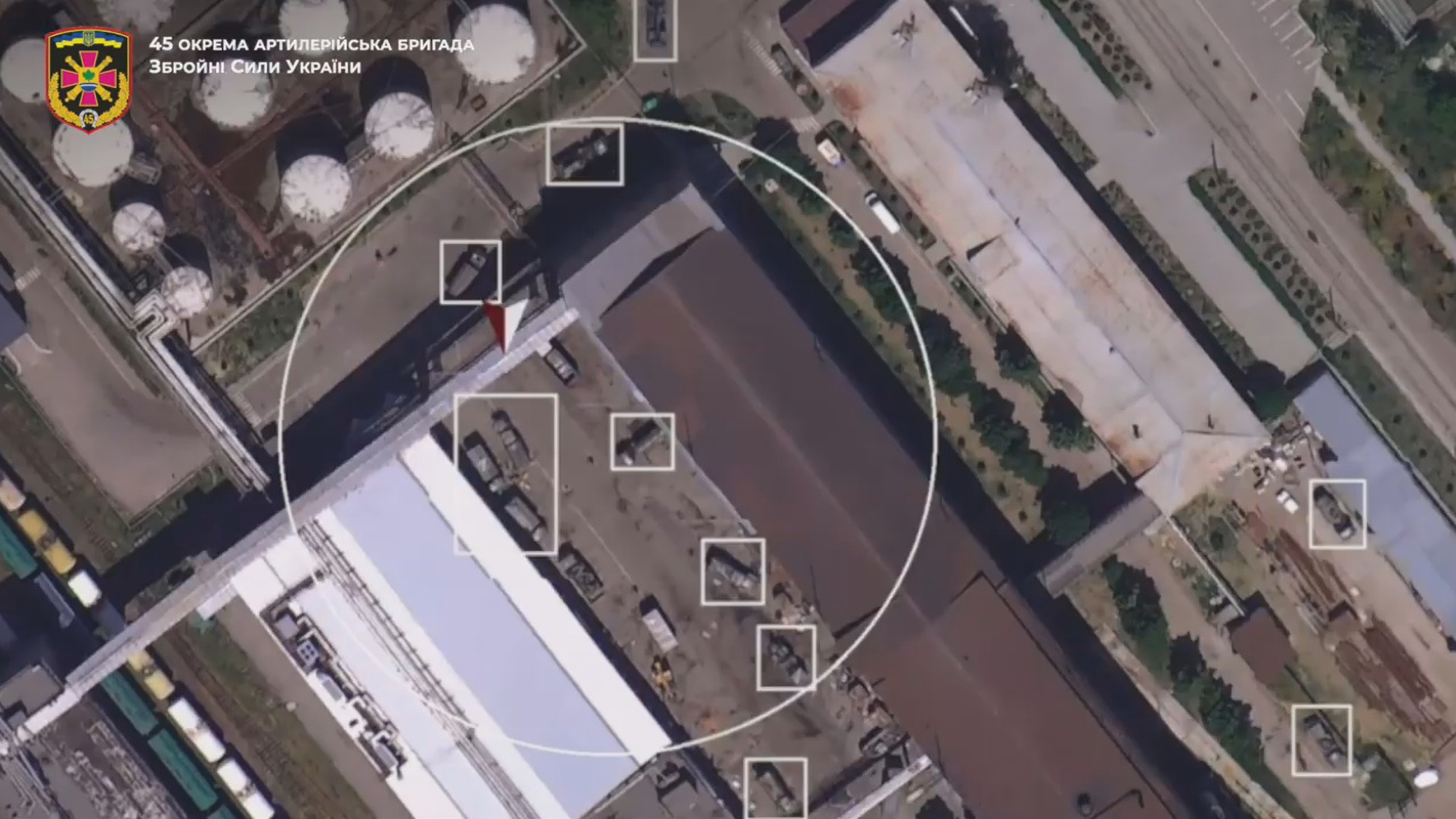 This is the moment Ukrainian troops destroy Russian storage facilities with fuel and weapons intended for the invading forces.

The 45th Separate Artillery Brigade of the Armed Forces of Ukraine said the Russian base burned all night.

The brigade said in a statement on June 4 that they used two drones to carry out the attack, and one was destroyed by the Russian forces’ return fire. However, not before inflicting maximum damage on the enemy facilities.