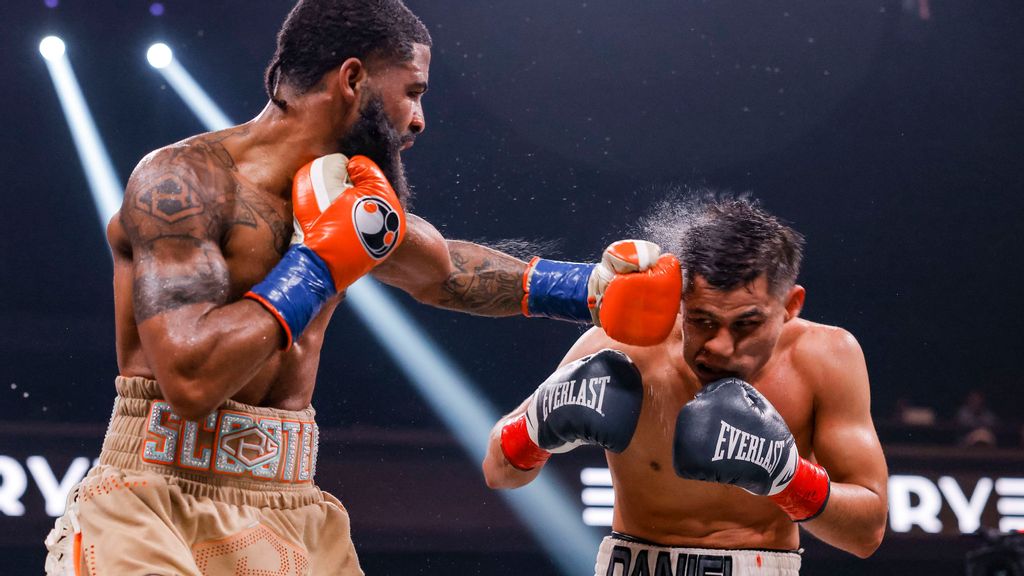 Stephen Fulton transformed what was projected as a tough fight with former champion Daniel Roman into one of the more definitive wins of his career on Saturday at The Armory in Minneapolis.

Fulton (21-0, 8 KOs) demonstrated his numerous boxing skills along with a force of will over the final two rounds of a near shutout unanimous decision over Roman (29-4-1, 10 KOs).

“From the boxing IQ, the conditioning, the punch placement and the defense, if you want to build a fighter in the laboratory, the proof speaks for itself,” said Showtime Boxing analyst Mauro Ranallo.

“Stephen Fulton really has everything. That’s what makes Fulton special. If you want to talk about being on pound-for-pound lists, Stephen Fulton Jr. has proven to be one of the best after this performance tonight.”

“I made a helluva statement tonight,” said Fulton, whose nine jabs landed per round were more than double the average for the weight class. “I prepared for this. I told y’all I was gonna make it an easy fight depending on how I woke up. I woke up feeling good.”

The 27-year-old Fulton was coming off November’s majority decision victory over Brandon Figueroa that added Figueroa’s WBC 122-pound title to his WBO version and made the Philadelphia native the eighth unified champion in the 45-year history of the super bantamweight division.

“In the last outing with Brandon Figueroa, I didn’t have the energy and didn’t make the weight the right way,” said Fulton, who landed a hard left hand on Roman after switching to a southpaw stance in the seventh round. “Any moment he had, I took it right away from him. I neutralized the threat.”

Fulton pressed for the knockout and traded toe-to-toe against Roman over the final two rounds, rocking his rival several times in the last six minutes of the match.

“I saw him start to slow down, and the more I boxed him, I definitely saw him slowing down. I wanted to stop him, but I didn’t get it,” Fulton said.

Roman had won twice since January 2020, when he was dethroned as IBF/WBA champion following a disputed split decision loss to undefeated southpaw Murdjon Akhmadaliev. Akhmadaliev (10-0, 7 KOs) tied Leon Spinks’ record for becoming a unified champion in the quickest amount of time — in his eighth fight— by vanquishing Roman.

But Roman believes Fulton proved he is without a doubt better than Akhmadaliev, who defends his crown against Ronny Rios (33-3, 16 KOs) on June 25.

“Fulton was the better man tonight. He knew how to use his distance, and it was hard to adjust to his distance because of his boxing. He came in and came out and made it hard for me to adjust. This fight again showed who is the best in the division, and that’s Fulton.”

“I fought four undefeated fighters back-to-back to back. Two of them were world champions. Nobody else can say that they’ve done that,” Fulton said.

“I’ve been in the top 10, I don’t care what anyone says. I’m the only fighter that became a champion in 2021 and then unified it at the end of the year.”

Devin Haney easily out-boxed 135-pound counterpart George Kambosos of Australia for a one-sided unanimous decision in hostile territory on Saturday before 41,129 at Marvel Stadium in Melbourne.

“I have to be up high on the pound-for-pound list because if you think about it, they’re saying that the 135-pound division is the best in boxing,” Haney said.

“There is only one top guy in the lightweight division. There is no more dispute. … I’m the top dog now. I’ve dreamed of this moment for many years, but it hasn’t sunk in yet.”

“If you win, let’s make the fight happen since you wanna talk crazy,” said Davis of Haney, who must grant a rematch to Kambosos in victory. “Let’s do that. I wanna fight you if you win, Devin Haney. Just know that the winner [of Haney-Kambosos] can come and see me.”

«Previous Post
Back To The Gym: Americans Struggle To Resume Their Pre-Pandemic Fitness Routines»Next Post
Weight Lifted : Woman Who Once Held A Strict Diet To Get A ‘Thigh Gap’ Has Now Become A Bodybuilder