Graphic images show what appear to be Russian vehicles making their way through the village and being hit by Ukrainian ordnance.
By Lee Bullen June 8, 2022
Facebook
Twitter
Linkedin
Email 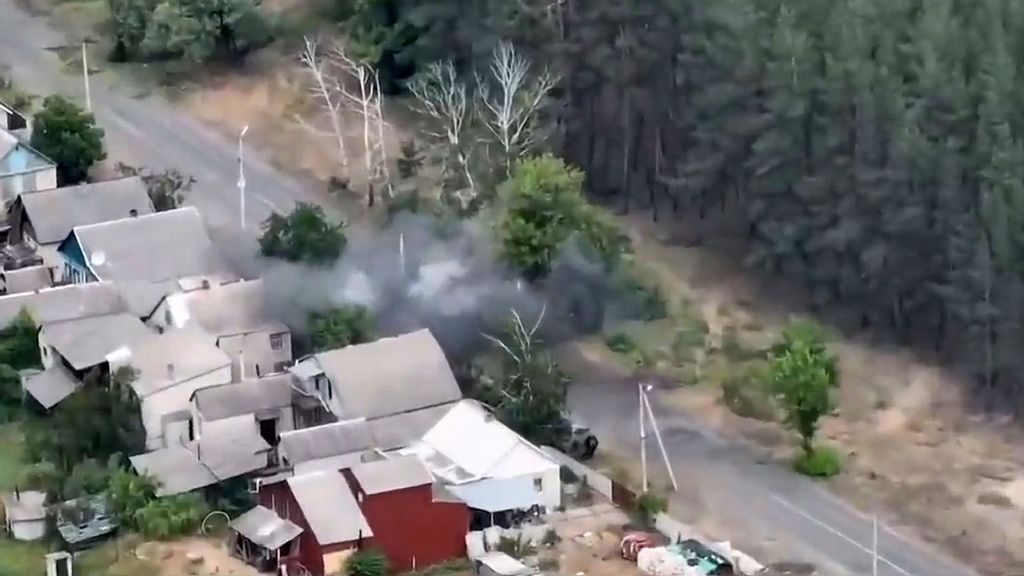 Guards destroyed the enemy BMP and the platoon of the Russians in the Donetsk region in June 2022. (@NGUkr/Zenger)

In this released video, Ukrainian Border Guards shell a Russian unit in a Donetsk village.

The graphic images, which were obtained from the National Guard of Ukraine, show what appear to be Russian vehicles making their way through the village and being hit by Ukrainian ordnance.

The Ukrainian military added that they also “found” around 20 Russian soldiers with the equipment in the village in the Donetsk region.

The National Guard of Ukraine said on June 4: “Guards destroyed the enemy’s BMP and almost the entire platoon of occupiers in the Donetsk region. Seven more units of enemy military equipment were disabled.

“Invaders who are constantly trying to take control of Ukrainian lands were forced to hide in the bushes, but it did not help them. This is not the first time the National Guard’s mortar battery was hiding with the occupier, and this time it ‘found’ about 20 Russian soldiers as well as 8 units of military equipment.

“Four BTR-82s, two MTLBs and one T-72 have been shut down, and one BMP-2 will never be able to hurt Ukrainian land again.

Russian troops invaded Ukraine on February 24 in what the Kremlin is still calling a “special military operation”. June 7 marks 104 days since the campaign began.