The 57th Motorized Brigade said the strikes took place in Sievierodonetsk located in the easternmost Ukrainian region of Luhansk. 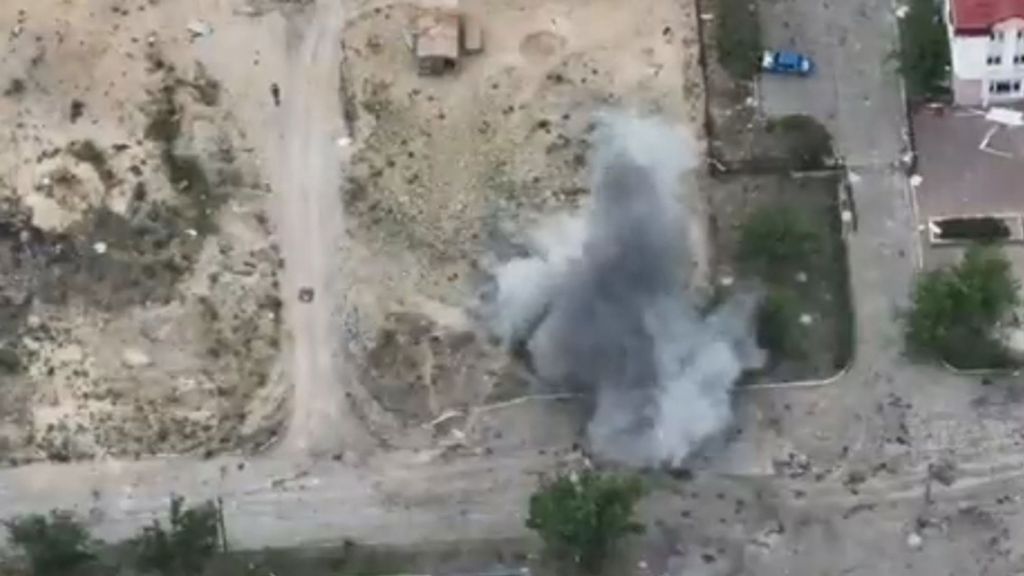 Destroyed Russian fortifications and equipment in Severodonetsk in June 2022. (@57InfantryBrigade/Zenger)

This is the moment Ukrainian troops bomb Russian targets in the hotly contested city of Sievierodonetsk.

The 57th Motorized Brigade, named after Cossack Ataman Kostya Gordienko, a formation of the Ukrainian Ground Forces, said the strikes took place in Sievierodonetsk, where fighting has been focused recently, located in the easternmost Ukrainian region of Luhansk.

The Ukrainian brigade said on June 5: “Day 102. Destruction of orcs in the city of Sievierodonetsk.”

The Ukrainian Armed Forces claimed they have retaken half of the key eastern city, adding that Russian forces are continuing their push towards the city of Sloviansk near Sievierodonetsk.

Last week, the Russian Ministry of Defense said that its Yars mobile missile systems, which can carry nuclear warheads and which boast a reported range of over 10,000 kilometers (6,200 miles), were performing “intensive maneuvering operations on combat patrol routes in the Ivanovo Region”, east of the Russian capital Moscow.