The images were obtained from the Russian Ministry of Defense (MoD) earlier on Monday, June 6.
By Joseph Golder June 7, 2022
Facebook
Twitter
Linkedin
Email 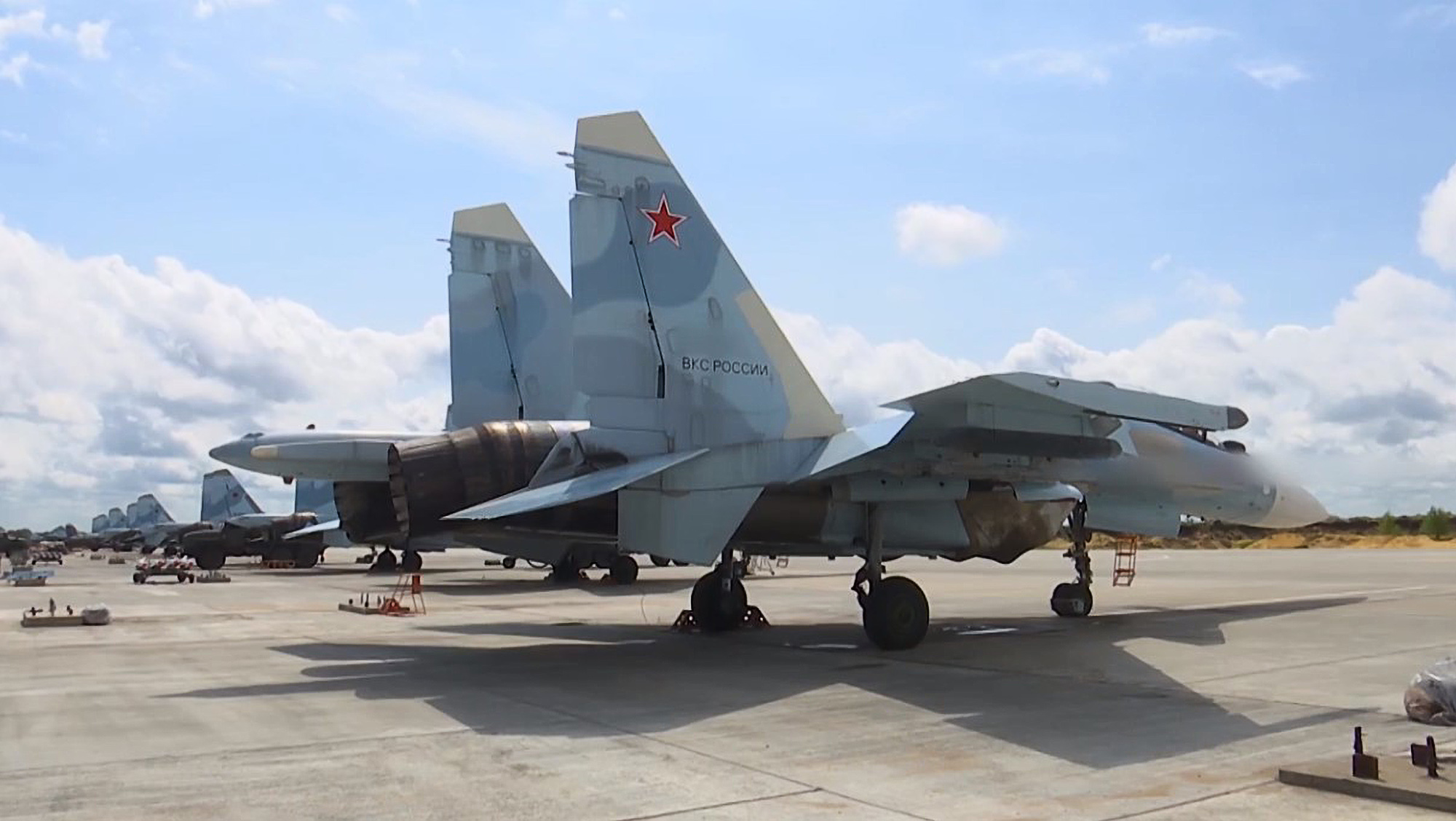 Combat work of the Su-34 on the infrastructure of the Armed Forces of Ukraine in June 2022. (Ministry of Defense of Russia/Zenger).

The images were obtained from the Russian Ministry of Defense (MoD) earlier on Monday, June 6, with the MoD saying that the images show the “combat work of the crews of Su-34” fighter jets.

The footage shows an Su-34 preparing for takeoff before taking to the skies. It can be seen lifting off from a runway at an undisclosed location as its wheels retract.

Other images appear to show other Su-34 fighter jets taking off before the footage cuts to scenes of countryside. At least one of the fighters appears to launch a missile, with the aircraft’s targeting system showing ordnance being fired at unknown targets.

The footage then shows the fighters coming in to land, presumably at the same airbase from which they took off, before the footage ends.

The United Kingdom has announced that it is sending its first long-range missiles to Ukraine.