The footage shows the view from the helicopters' targeting system and ordnance being fired.
By Joseph Golder June 7, 2022
Facebook
Twitter
Linkedin
Email 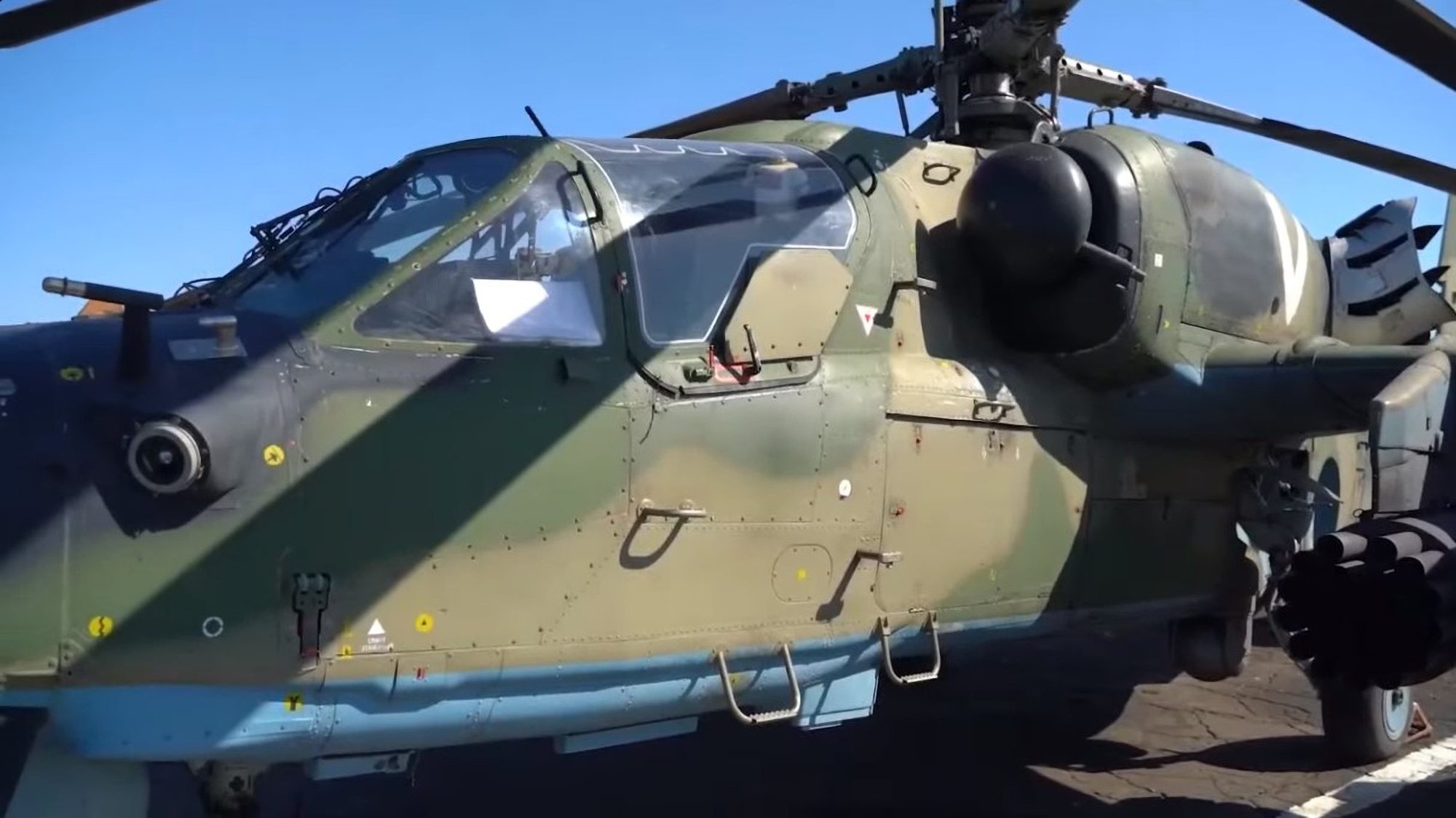 Combat work of Ka-52 attack helicopters on the strongholds of the Armed Forces of Ukraine in June 2022. (Ministry of Defense of Russia/Zenger).

The Russian Ministry of Defense (MoD) said that the footage shows the “combat work of the crews of Ka-52 attack helicopters to destroy strongholds of the Armed Forces of Ukraine.”

The images, obtained from the MoD, show Ka-52 (a.k.a Kamov or Hamov) attack helicopters being prepped for combat before taking off from an undisclosed location. The heavily armed gunships can be seen sporting the now infamous letter ‘V’ daubed on them in white paint.

They can be seen flying through the sky before opening fire above a wooded area, presumably destroying unknown targets on the ground, as clouds of grey smoke rise into the sky from between the trees.

The footage shows the view from the helicopters’ targeting system and ordnance being fired. For a few seconds, a ground target appears to be visible before being fired upon as the footage ends.

The images were also carried by Russian state media.

The Russian MoD said that “air strikes were delivered by guided and unguided missile weapons.”

The MoD added: “Helicopter crews destroyed a tank, an armored personnel carrier and weapons at the positions of the Armed Forces of Ukraine.”

The United Kingdom has announced that it is sending its long-range missiles to Ukraine for the first time.