The Russian Ministry of Defense (MoD) said that the images show "exercises of warships and naval aviation of the Pacific Fleet."
By Joseph Golder June 7, 2022
Facebook
Twitter
Linkedin
Email 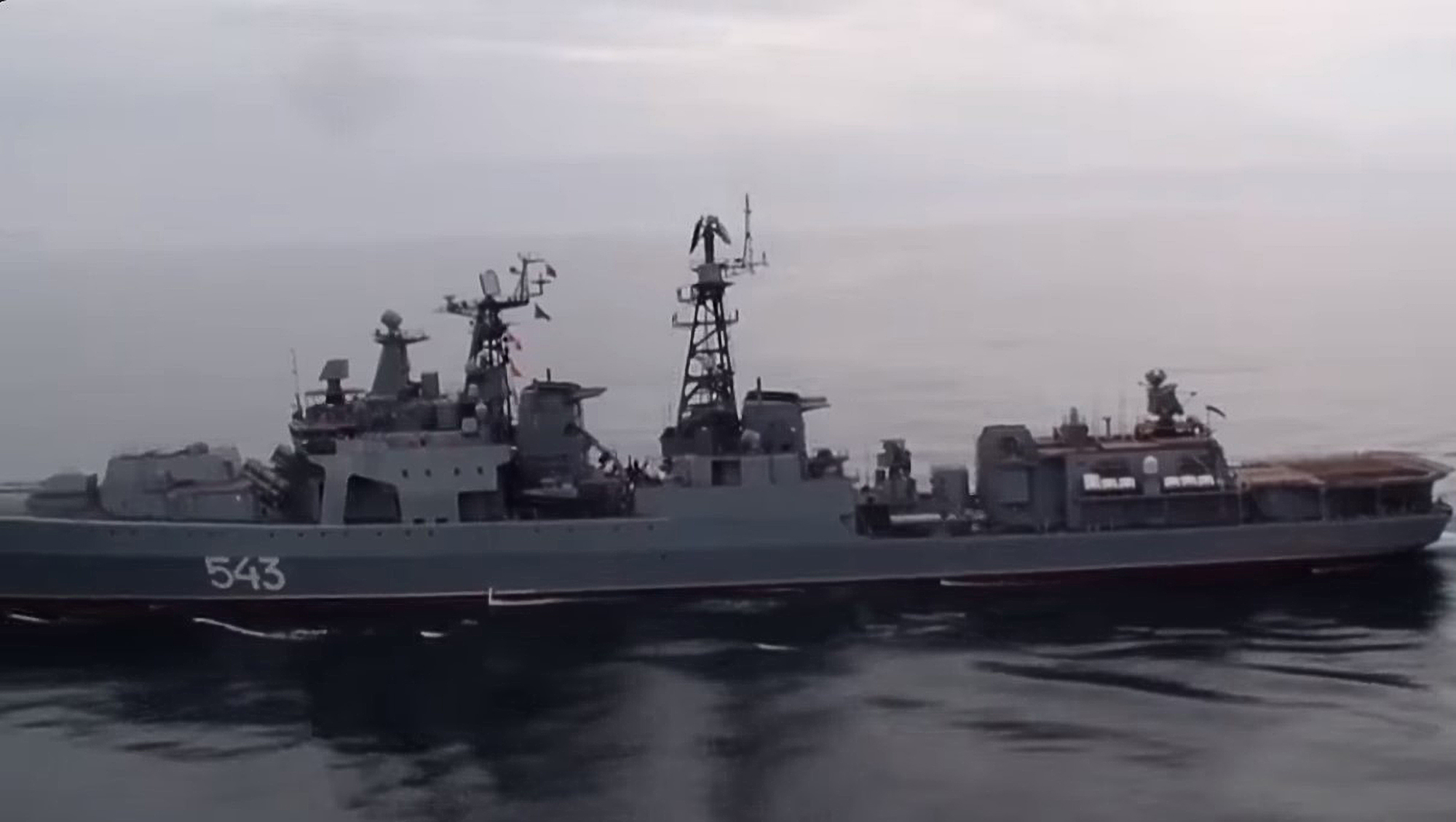 Exercises of warships and naval aviation of the Pacific Fleet in June 2022. (Ministry of Defense of Russia/Zenger).

New video images purport to show Russia rattling its sabre in the Pacific Ocean with large warships and planes taking part in exercises said to involve over 40 vessels and 20 aircraft.

The Russian Ministry of Defense (MoD) said that the images show “exercises of warships and naval aviation of the Pacific Fleet.”

The video first shows Russian warships at sea before showing military aircraft taking off from a runway at an undisclosed location.

The images then show the military aircraft flying high in the sky above the clouds. The footage then switches back to the Russian naval forces, with officers and sailors communicating with one another.

One of the Russian warships can then be seen firing a salvo of ordnance, presumably at an imaginary target. The clip then shows large guns firing from a naval vessel before the footage ends.

The images come after Russian state media announced that the country’s Pacific Fleet had begun naval drills set to last a week. The Russian state news agency TASS said that over 40 warships and 20 aircraft are involved in the exercises, taking place after the conflict in Ukraine passed the 100-day mark.

The United Kingdom has announced that it is sending long-range missiles to Ukraine for the first time.