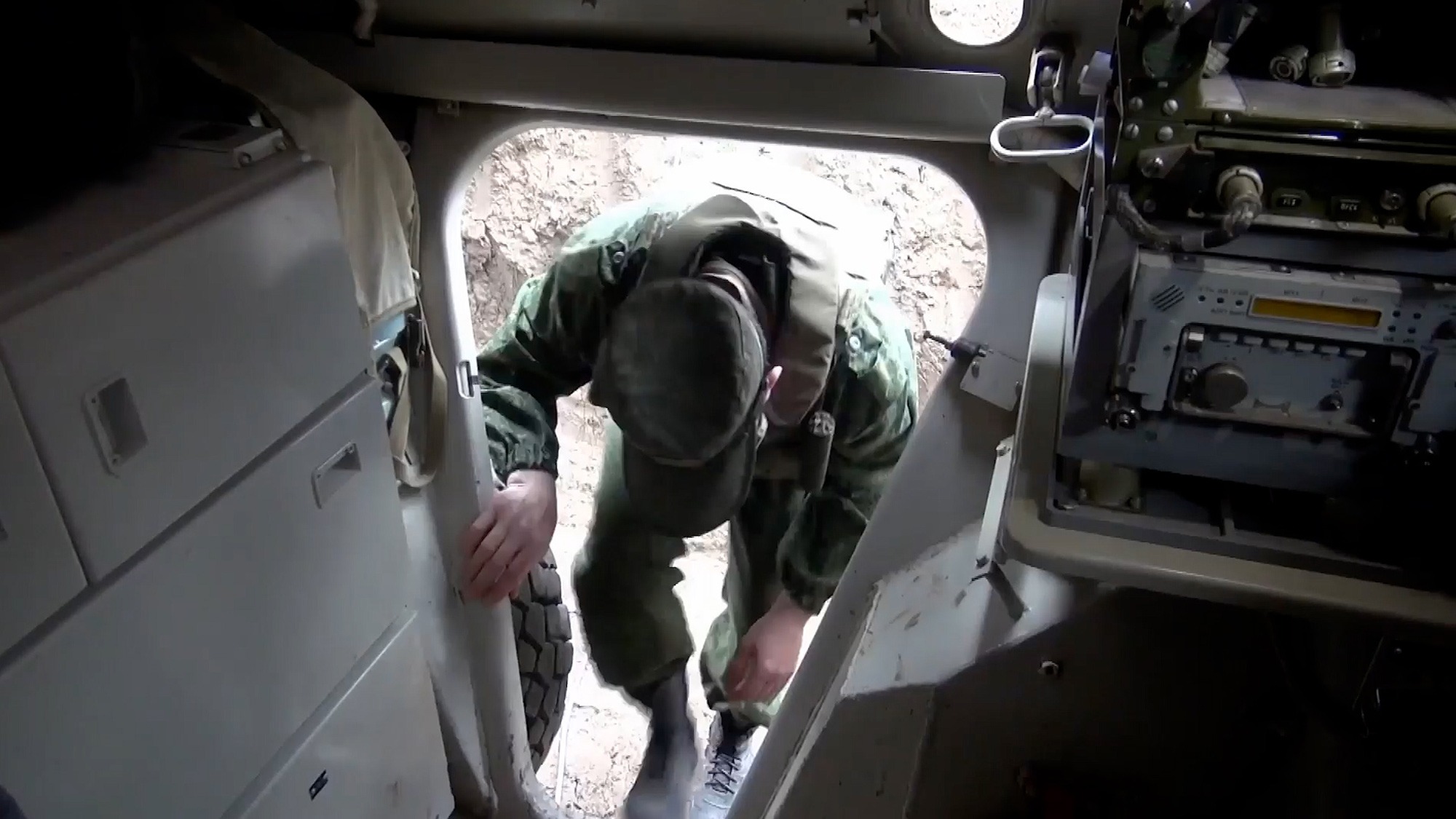 The Russian MoD said in a statement on June 3: “Units of signal troops of the Southern Military District (SMD) in the course of the special military operation continue to perform the tasks of providing reliable communication channels between command posts and subordinate units on the move.”

“New models of communication technology make it possible to organize the management of subdivisions through radio, video and closed channels.

The Russian MoD said: “Radio stations of different frequency bands and complex hardware communication systems make it possible in a matter of minutes to leave the command post and move to a new area, providing command of units while on the move.

“Communications units are equipped with various means, thanks to the work of military specialists who organize radio channels, wired communication lines, and closed video conferences and satellite communications in any area when performing tasks.”
We contacted Russian and Ukrainian officials for comment but had not received a reply at the time of writing.

Russian troops invaded Ukraine on February 24 in what the Kremlin is still calling a “special military operation.” June 6 marks the 100th day of the campaign.

From February 24 to June 3, the total combat losses of Russian troops stand at around 30,950 personnel, according to the General Staff of the Armed Forces of Ukraine.

Meanwhile, the Russian MoD said in a statement on June 1 that its Yars mobile missile systems, which can carry nuclear warheads and which boast a reported range of over 10,000 kilometers (6,200 miles), were performing “intensive maneuvering operations on combat patrol routes in the Ivanovo Region,” east of the Russian capital Moscow.