Girl, 13, Played Dead So Russian Soldiers Would Not Execute Her

"Thirteen-year-old Darina pretended to be dead so that soldiers of the Russian Federation would not execute her.
By William McGee June 7, 2022
Facebook
Twitter
Linkedin
Email 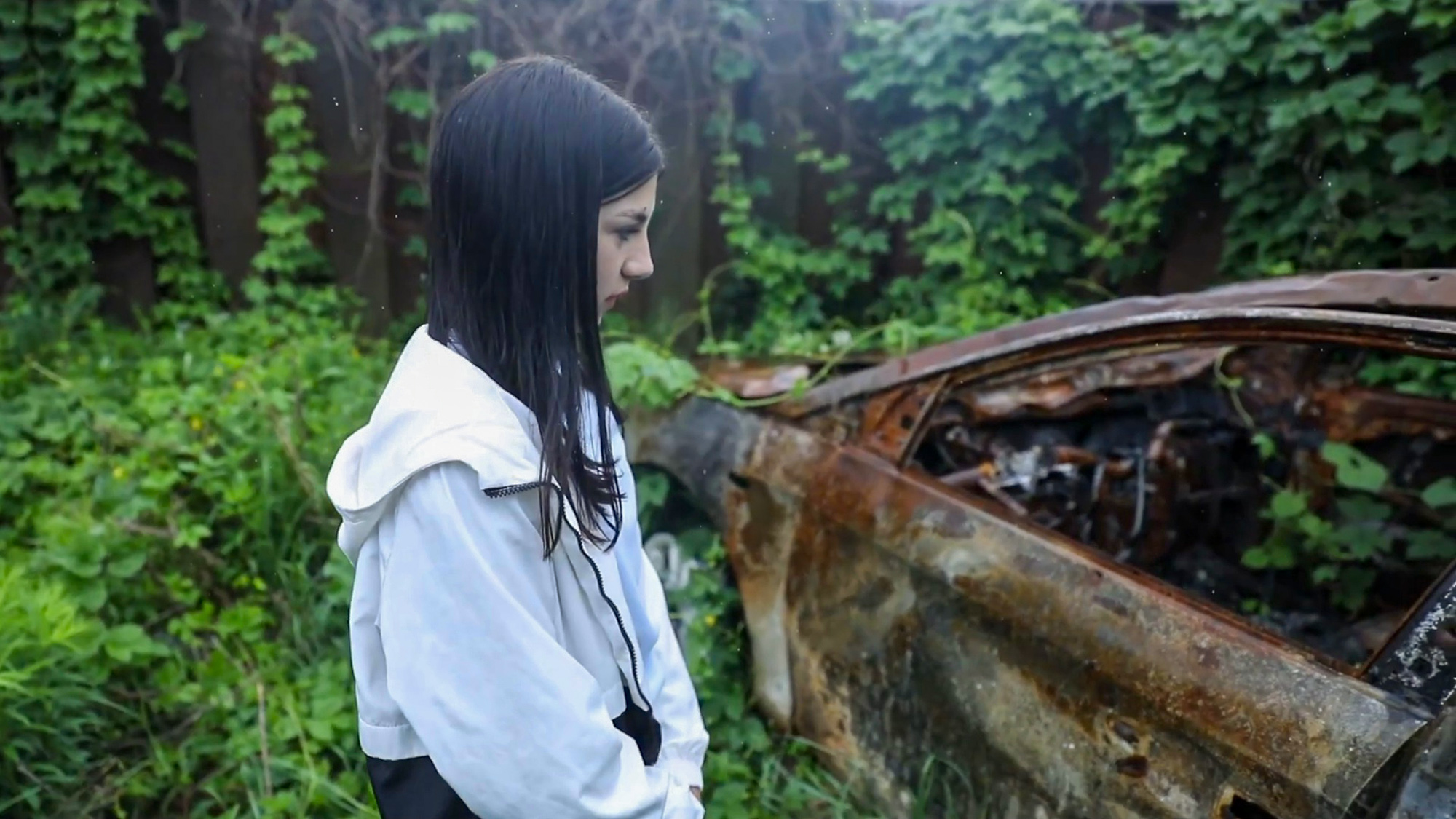 Daria, 13, who pretended to be dead after soldiers from Russian Federation allegedly killed her parents in Kyiv, Ukraine, shows the place of the incident and her home.  (NEBYTOV/Zenger)

This 13-year-old girl whose family was fatally shot by Russian soldiers played dead so she wouldn’t meet the same fate.

In a June 3 statement, Kyiv Oblast Police said (in Ukrainian): “Thirteen-year-old Darina pretended to be dead so that soldiers of the Russian Federation would not execute her.

“In late February, a column of Russian troops entered Katyuzhanka. The girl and her family tried to drive home, but the occupiers opened fire on the car. The father and his wife died on the spot; the car caught fire.

“Dasha tried to escape, but the occupiers opened fire automatically. The child was seriously injured.

“Bleeding, the girl literally crawled out from under the bullets and miraculously survived.”

Kyiv Oblast Police chief General Andriy Nebitov reported that Darina was on her way home with her parents and grandfather in their Hyundai Sonata when they happened upon a Russian military convoy and came under fire.

Her father and stepmother Inna died in the car, while Darina ran out and hid behind a truck while Russian soldiers shot at her.

When they approached her and tugged on her leg, they believed she was dead and left the scene.

She had been hit by two bullets – in the arm and thigh – and was covered in blood.

Darina said in her own words (in Ukrainian): “When the bullets hit me, I did not immediately feel pain, I was numb.

“When I was lying under the boards, I realized that no one would help me, and I crawled under the fence.

“Dad was buried with Inna at the local cemetery.”

The boards Darina referred to were some broken pieces of wood near the fence that she had tried to hide under.

Her grandfather’s fate is unclear.

Russia invaded Ukraine on February 24 in what Russian President Vladimir Putin first called a “special military operation” to “demilitarize and denazify” the country.

The Kremlin is still calling it a “special military operation” but now says the goal is to “protect the Donbass.”

The Russian Armed Forces have been accused of committing war crimes by carrying out both deliberate attacks against civilian targets and indiscriminate attacks in densely populated areas over the course of the invasion, which is now in its 103rd day.

After Russian forces withdrew from areas north of the capital Kyiv, a mounting body of evidence emerged of rape, torture and summary killings by Russian troops of Ukrainian civilians.

The Prosecutor of the International Criminal Court opened a full investigation on March 2 into past and present allegations of war crimes, crimes against humanity or genocide committed in Ukraine by any person from November 21, 2013 and onward.

The Office of the Prosecutor General of Ukraine has to date documented more than 14,000 Russian war crimes, identified more than 600 suspects, and initiated proceedings against approximately 80 of them.