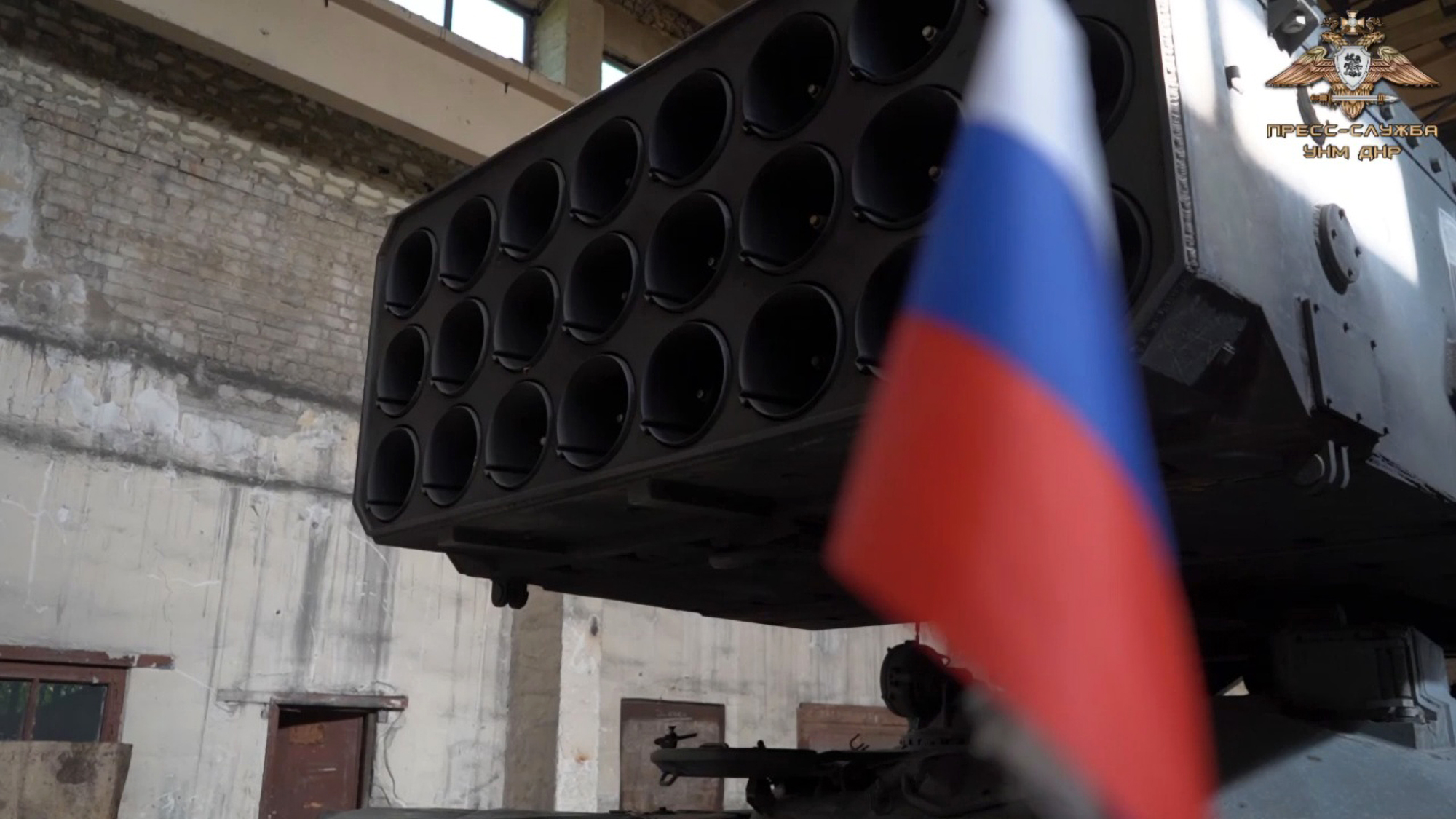 TOS-1m 'Solntsepyok' hit the positions of the Armed Forces of Ukraine near Avdiivka in June 2022.(DPR/Zenger)

Graphic video footage shows the moment that pro-Russian combatants fire a volley of thermobaric missiles at Ukrainian targets near the city of Avdiivka.

The People’s Militia of the so-called Donetsk People’s Republic (DPR) said they used a TOS-1M multiple rocket launcher and thermobaric ammunition to destroy the Ukrainian targets.

The militia boasted that thermobaric ammunition, also called aerosol bombs or Fuel Air Explosives, gives the enemy “no chance” as they are capable of “penetrating dugouts and trenches.”

The People’s Militia said on June 4: “Soldiers of the allied forces are burning Ukrainian positions with a heavy flamethrower system.

“A TOS-1M ‘Solntsepyok’ hit the positions of the Armed Forces of Ukraine near Avdiivka. With one salvo [the simultaneous discharge of artillery], this combat vehicle is capable of covering 40,000 square meters – an area equivalent to four [soccer fields].”

The militia added: “Thermobaric ammunition does not give the enemy a chance: aerosol bombs penetrate dugouts, trenches and equipment used by the Ukrainian terrorists.”