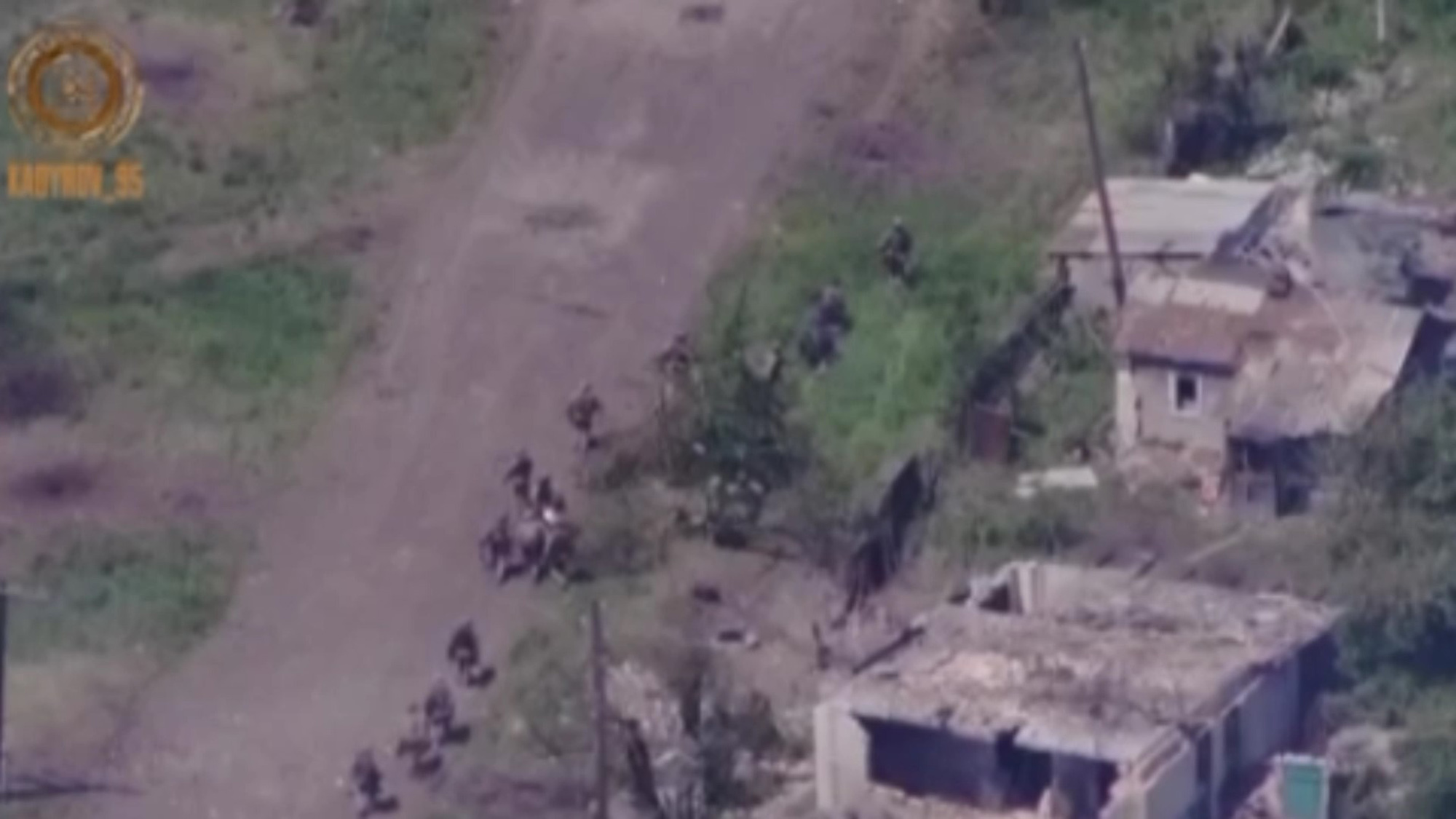 Chechen fighters destroyed a group of Ukrainian nationalists in the village of Kamyshevakha, Luhansk People's Republic in June 2022. (@RKadyrov_95/Zenger)

This is the moment Chechen troops destroy a Ukrainian unit as leader Ramzan Kadyrov praises their new battle tactics.

Ramzan Akhmadovich Kadyrov, 45, Head of the Chechen Republic, said on June 5: “I present to you more proof of the effectiveness of the new tactics that we have begun to use against Ukrainian nationalists.

“This time, our fighters successfully destroyed an enemy group in the area of the strategically important village of Kamyshevakh.

“From the aerial reconnaissance footage, you see how the nationalists are in a state of total panic. Trying to save their skins from the shelling, they constantly move to different points, but this does not help them. Severe punishment of retribution takes each of them!

“A similar fate awaits every nationalist and Banderite who, with weapons in his hands, goes against our fighters. We won’t leave a single one, no matter where he hides.

“Now we have a new action plan, which, as the first days of its implementation show, has fully justified itself. Therefore, we do not have the slightest doubt that victory will be ours!”

Russian troops invaded Ukraine on February 24 in what the Kremlin still calls a “special military operation.” June 6 marks the 103rd day of the campaign.