Sam had been saved from harsh conditions in a North Macedonian zoo to start a new life at a bear sanctuary in the Swiss Alps.
By Lee Bullen June 7, 2022
Facebook
Twitter
Linkedin
Email 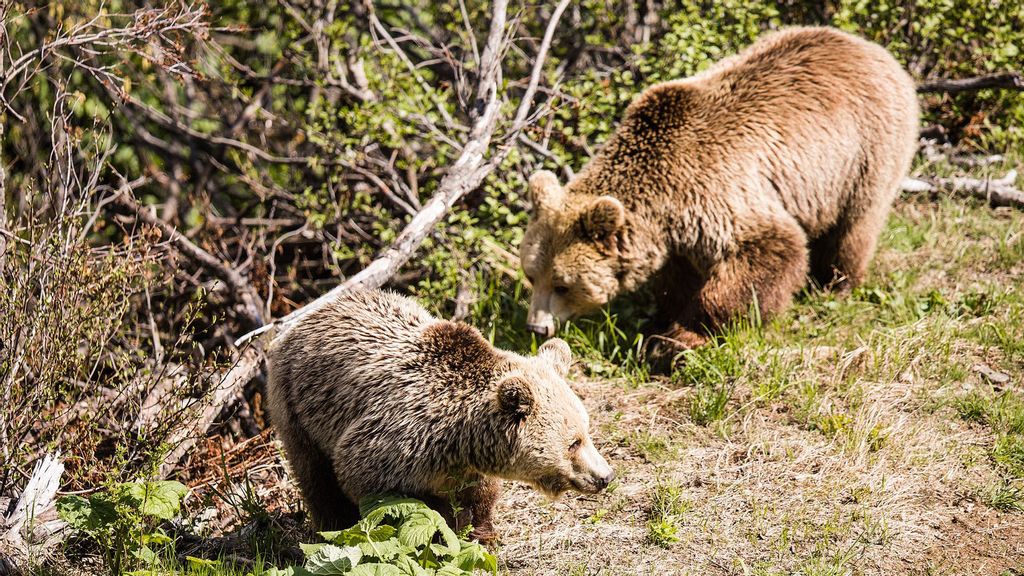 A zoo bear rescued from a life of misery was caught napping when he decided to sleep through his first day of freedom.

Sam had been saved from harsh conditions in a North Macedonian zoo to start a new life at a bear sanctuary in the Swiss Alps.

But he was so delighted with his new den, that Sam gave the mountain air a miss for an all-day lay in, say his new keepers.

His new home is the Arosa Bear Sanctuary, a joint project of the animal rights NGO Four Paws and the tourism board in the Alpine resort town of Arosa.

“We emphasize having, we should point out, because Sam obviously felt so comfortable in his new home that he missed the big moment and continued to snooze in his den.”

The sanctuary’s scientific director Dr. Hans Schmid explained: “The male bear Sam quickly got used to the new conditions at the indoor facility.

“This pleasing development enabled us to take a further step with Sam and today we opened up access to the outdoor area for him.

“At 11.30 a.m. the slide was opened to the fresh greenery of the Arosa Mountains.

“To the astonishment of everyone involved, Bear Sam didn’t notice anything.

“Instead, he continued to rest indoors. Neither the bright sun nor the freshly distributed food could disturb the sleepyhead.”

Dr. Schmid called it “a good sign” that Sam felt comfortable enough in his new home that he was not interested in venturing into the unknown.

Four Paws spokesperson Alexandra Mandoki said: “For the Four Paws team, and also for the Arosa Bear Sanctuary, it is clear that we should not force anything in such a moment.

“So the slider remains open and Sam the bear can step into the outdoor area with its little streams, ponds, trees, and rocks at any time.”

The statement continued: “Roommates Amelia and Meimo are currently in another, separated part of the outdoor area.

“Sam’s sister Jamila will be staying at the indoor facility for a few more days.

“As she seems even more reserved and insecure in the eyes of the keepers, the female bear of the same age will be given a little more time.

“Sam will now have the opportunity to orientate himself in the outdoor area and get to know the conditions.

“This step is part of the important socialization strategy at the Arosa Bear Sanctuary.”

Dr. Schmid explained: “Only when Sam knows the natural environment and has been able to explore possible escape routes and hiding places will we work towards socializing him with Jamila, and subsequently Amelia and Meimo.”