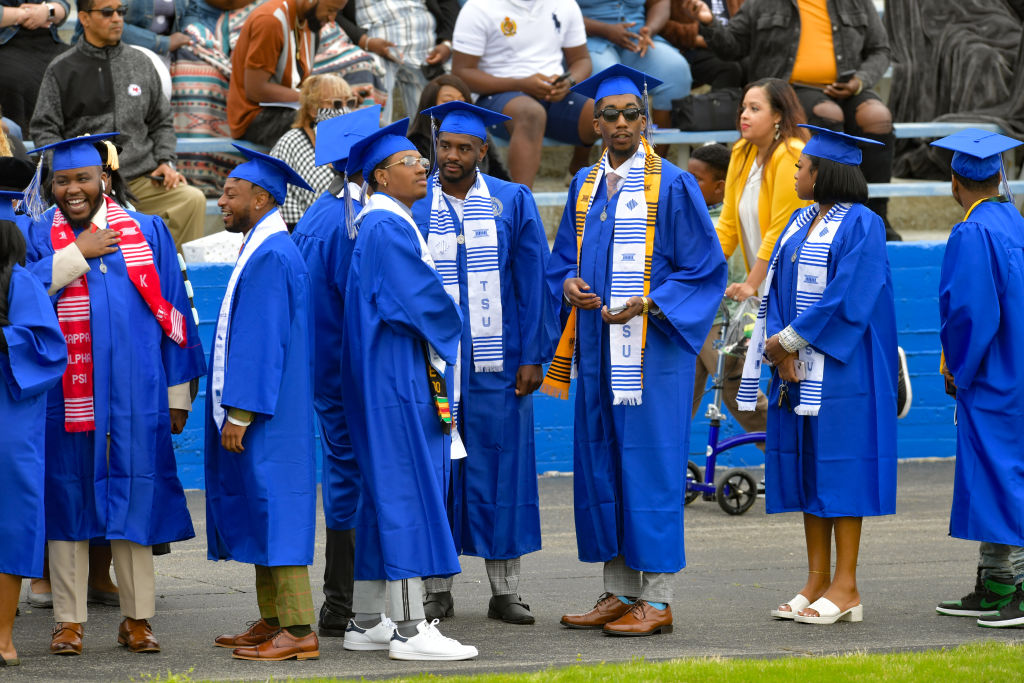 A multimillion-dollar scholarship program focused on tackling the under-representation of African American students in physics and astronomy over the next five years has been unveiled.

The TEAM-UP Together Scholarship Program will provide financial assistance to those students to help them achieve their bachelor’s degrees.

These awards of up to $10,000 per student per school year aim to reduce the financial barriers preventing many Black students from completing their undergraduate degree programs in physics and astronomy.

TEAM-UP Together is a collective impact initiative led by the American Institute of Physics (AIP), American Association of Physics Teachers, American Astronomical Society, American Physical Society, and Society of Physics Students to support the scientific community to take the next bold step in doubling the number of African American students earning physics and astronomy bachelor’s degrees annually by 2030. To learn more, check out teamuptogether.org.

Michael Moloney, CEO of AIP, said: “The American Institute of Physics is partnering with the American Association of Physics Teachers, the American Astronomical Society, the American Physical Society, and the Society of Physics Students to build a program of support for undergraduate physics and astronomy students and departments as part of realizing the TEAM-UP goal of doubling the number of African American bachelor’s degree graduates in these fields by 2030.”

The scholarship initiative will help Black students in need with expenses that assist the students in continuing or completing their undergraduate education. The money could be used for tuition and fees required for enrollment or attendance at an educational institution, or for fees, books, equipment, or other related expenses required for courses or internships.

“This scholarship program provides a real opportunity to support African American students in completing their degrees by easing the stresses that many have as a result of financial challenges,” said Arlene Modeste Knowles, TEAM-UP Together project manager. “It will hopefully create some mental space for them to engage more fully and thrive in their educational programs.”

During the first year of the scholarship program, students must be attending Historically Black Colleges and Universities or Predominantly Black Institutions to be eligible for the scholarship, but over time, these awards will be expanded to African American students at all institutions across the United States. The scholarships will be administered by AIP’s Society of Physics Students, on behalf of the TEAM-UP Together partner societies.

Students must complete their scholarship application by Nov. 15, 2022. Full details on what is required for application, the criteria for selection, and other information can be found at https://www.teamuptogether.org.

The percentage of African Americans earning degrees in physics and astronomy has been persistently low for more than two decades. According to a survey from AIP’s Statistical Research Center, just 3 percent of physics bachelor’s degrees were earned by African Americans for the class of 2018.

For comparison, African Americans earned 10 percent of all bachelor’s degrees awarded for the 2017-18 school year. Personal support, including financial support, was one of the five factors identified in the TEAM-UP study as contributing to the persistence of underrepresentation.

“With the completion of the two-year TEAM-UP study released in 2020, we understand better the factors that have led to the persistent and egregious underrepresentation of African Americans in these fields,” Moloney said.

“We are compelled as a community to take action. Our partners at the Simons Foundation and Simons Foundation International have fueled the effort with a $12.5 million grant, enabling the launch of these transformational initiatives that will drive systemic change and affect students’ lived experiences.”

In addition to student scholarships, TEAM-UP Together will soon offer grants to undergraduate physics and astronomy departments committed to implementing the TEAM-UP report recommendations at their institutions.