The footage was obtained from the Operational Command North (OK North) of the Ukrainian Ground Forces on Thursday, June 2. 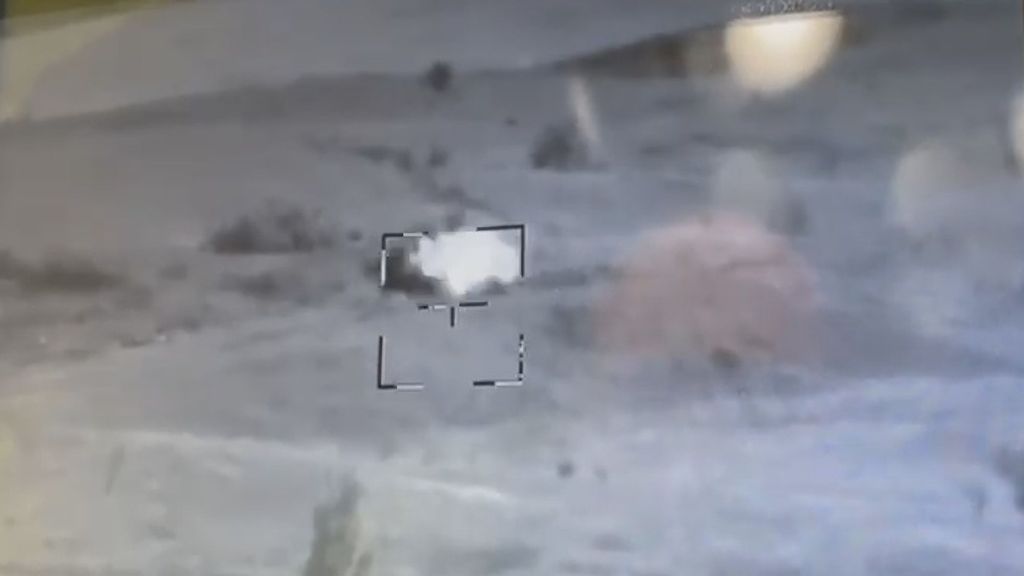 Enemy mortar shelling in the steppes of Donbas met with the owners of 'Stugna', one of the units of the OK 'North'. (@kommander.nord/Zenger)

This video purports to show the moment a Ukrainian Stugna-P anti-tank guided missile blows up a Russian mortar seen in the crosshairs.

The footage was obtained from the Operational Command North (OK North) of the Ukrainian Ground Forces on Thursday, June 2.

The images show the targeting system with its crosshairs set on the target before ordnance is fired with a deadening sound. A light can be seen to appear on screen as the projectile heads towards its target.

The person firing the weapon guides the missile towards its target, which it appears to hit.

It is currently unclear where exactly in Ukraine the images were filmed, but OK North said: “Enemy mortar shelling in the steppes of Donbas met with the owners of ‘Stugna’ of one of the units of the OK ‘North’.

The Stugna-P or Skif anti-tank system was developed in Ukraine more than 10 years ago by the Luch Design Bureau, and has a guidance system developed and manufactured in Belarus.

While it is designed to destroy modern armored vehicles, including those with explosive reactive armor, the system can be used on hovering helicopters, weapons emplacements, and lightly armored objects at ranges from 5 kilometers (3+ miles) in daytime to 100 meters (328 feet) at night.

It can be manually steered toward targets or use its automated fire-and-forget tracking.

The Russian Ministry of Defense said in a statement on June 1 that its Yars mobile missile systems, which can carry nuclear warheads and which boast a reported range of over 10,000 kilometers (6,200 miles), were performing “intensive maneuvering operations on combat patrol routes in the Ivanovo Region”, east of the Russian capital Moscow.