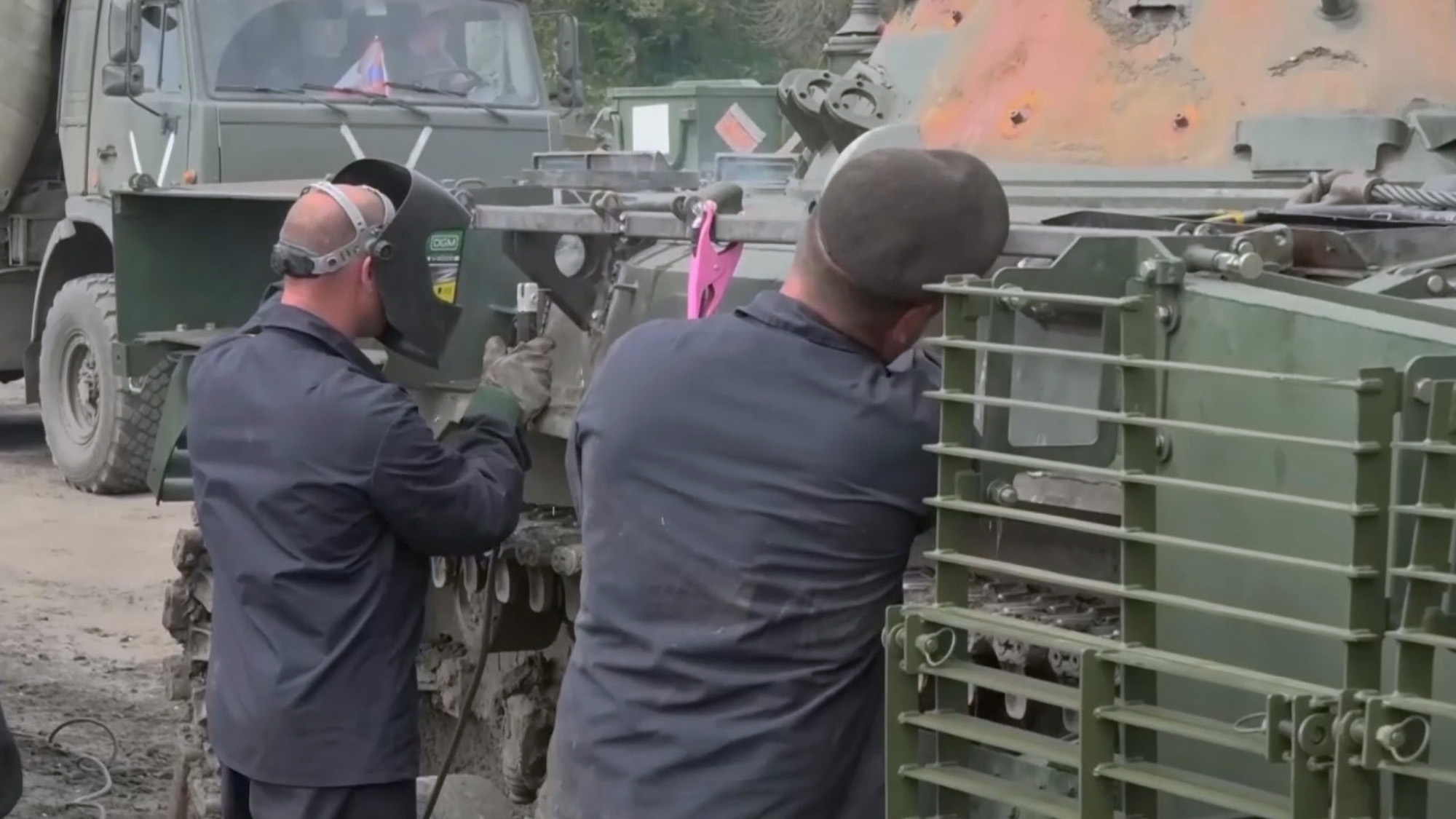 These images show Russian soldiers carrying out repairs to armored vehicles in the field and reintroducing them into service.

New turrets can be seen being fitted onto tanks, as rows of them appear to be put back into service. The images show the repaired vehicles opening fire, presumably to make sure that their long guns can still fire. Tanks can be seen being loaded onto the back of trucks as the footage ends.

The Russian Ministry of Defense (MoD) said on June 2: “Specialists of our repair and restoration units carry out work during the special military operation.

“Servicemen carry out the repair of weapons and military equipment in the field. In order to return the equipment to service as soon as possible, specialists use the method of modular repair by replacing faulty parts with serviceable ones from the repair fund, or removing from the captured equipment of the Armed Forces of Ukraine.

“This method of repair allows you to significantly reduce the time for commissioning faulty weapons.

“After recovery, the equipment returns to its formations and military units.”