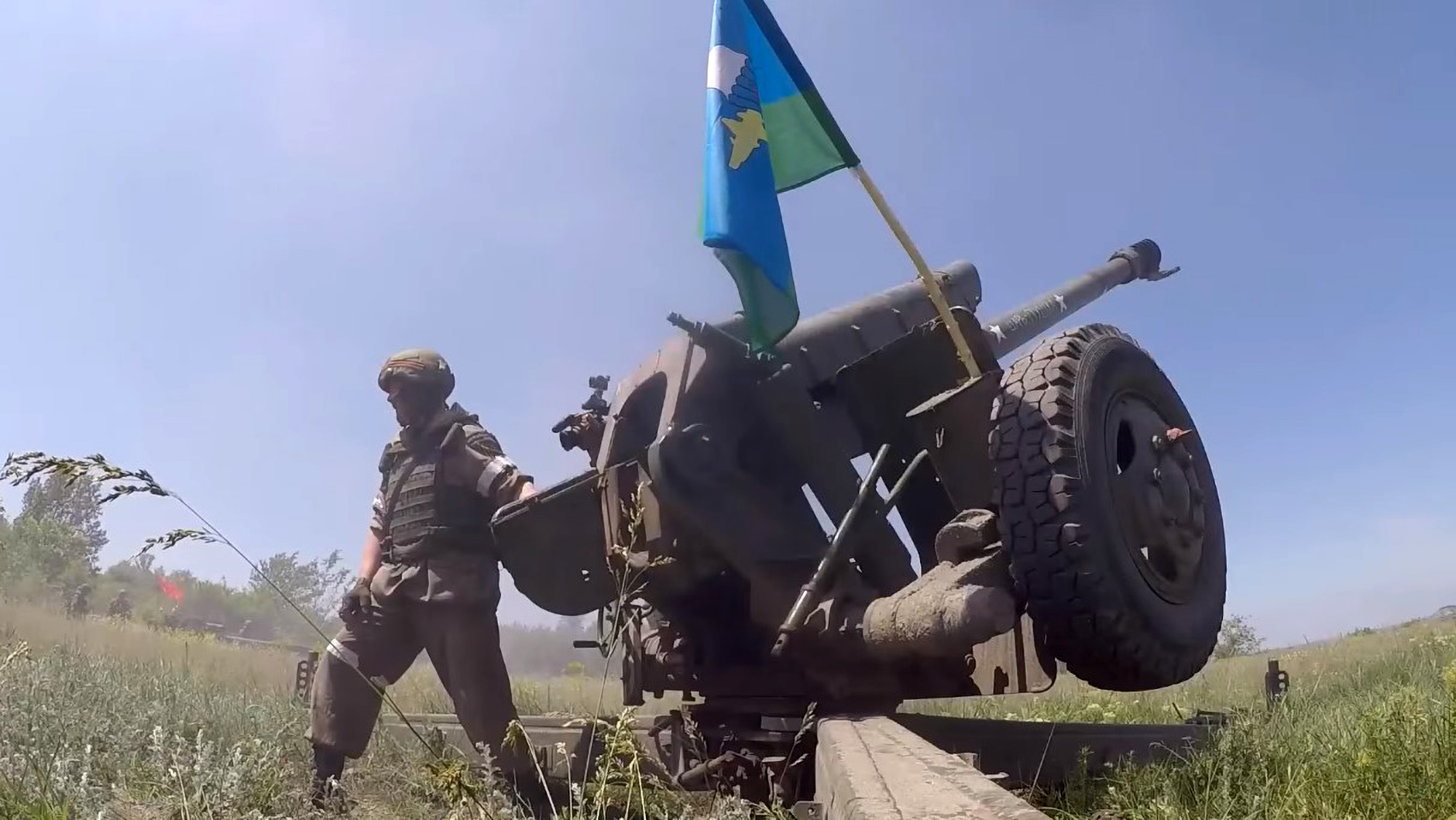 The Russian Ministry of Defense has said during a briefing today that they are hitting Ukrainian positions hard with missiles and artillery.

The images were obtained from the Russian Ministry of Defense (MoD) on Thursday, June 2, with the MoD showing them during a briefing given by Major General Igor Konashenkov, 56, the MoD’s chief spokesperson.

The images purport to show missiles hitting ground targets in Ukraine after being fired into the skies by Russian forces. They also reportedly show artillery firing on Ukrainian positions.

The briefing, which also included the MoD issuing a statement, covered how “the Armed Forces of the Russian Federation continue the special military operation in Ukraine”, which is what Russia is calling the war launched by its President Vladimir Putin against its neighbor on Thursday, February 24.

The Russian MoD said that “high-precision air-based missiles have hit 21 areas of AFU [Armed Forces of Ukraine] manpower and military equipment, including command posts of the Ukrainian Nazi formations Kraken and Azov” near the eastern Ukrainian city of Kharkiv.

The Kremlin regularly refers to Ukrainian forces as “Nazis” and claims that its invasion, deemed illegal by the United Nations and a violation of international law, is geared toward “denazifying” the country.

The Russian MoD also said that “operational-tactical, army and unmanned aviation have hit 15 areas of Ukrainian manpower and military equipment.”

They also said that ammunition and fuel depots belonging to the Ukrainian Armed Forces were “destroyed” near Dolyna and near Slavyansk, in the separatist-controlled, so-called “Donetsk People’s Republic” (DPR), in the Donetsk Oblast region, in eastern Ukraine.

According to the Russian MoD, the “attacks have resulted in the elimination of up to 240 nationalists and up to 39 weapons and military equipment, including one Osa-AKM anti-aircraft missile system, 10 tanks and infantry fighting vehicles, three BM-21 Grad multiple rocket launchers, seven artillery mounts and mortars, and 17 special vehicles.”

The Russian MoD also said that its forces had “shot down one Su-25 aircraft of the Ukrainian air force” near Liubomyrivka, in the Mykolaiv region.

They added that Russian air defense systems had hit “seven Ukrainian unmanned aerial vehicles” near Odesa, and in Komyshuvakha, Popasnaya, Zolote, and Kudryashovka, in the separatist, so-called Luhansk People’s Republic (LPR), and in Yarova, in the Kharkiv region, as well as Verkhnotoretske in the DPR last night.

Russian missile troops and artillery hit 131 command posts, 146 artillery and mortar batteries at firing positions, as well as 579 areas boasting concentrations of AFU manpower and military equipment, still according to the Russian MoD.

The MoD claimed that “in total, 186 Ukrainian aircraft and 129 helicopters, 1,084 unmanned aerial vehicles, 327 anti-aircraft missile systems, 3,373 tanks and other armored combat vehicles, 460 multiple launch rocket systems, 1,752 field artillery and mortars, as well as 3,350 units of special military vehicles have been destroyed during the operation”.

The Russian MoD said that “the number of mercenaries in combat units of the Ukrainian Armed Forces and National Guard in Donbass has decreased by orders of magnitude.”

The Russian authorities went on to say that “hundreds of foreign mercenaries in Ukraine were eliminated by Russian long-range precision weapons shortly after their arrival while they were still undergoing pre-training and coordination of tactical units.

“But most of the mercenaries are destroyed in the war zone due to their low level of training and lack of real combat experience.”

The MoD statement also said that “the commanders of the Ukrainian Armed Forces and National Guard units, which included mercenaries, are not sparing foreigners in their efforts to reduce losses of their servicemen.

“Captured mercenaries tell interrogators that they are the first to be sacrificed. Due to the [Kyiv] regime’s silencing of the losses and the absence of remains, relatives of the mercenaries in their countries of residence simply do not know about their deaths.

“Faced with a real combat situation and heavy losses among servicemen of the AFU, the National Guard and foreigners, a significant number of mercenaries prefer to leave Ukrainian territory as soon as possible, but the [Kyiv] regime prevents them from going abroad in every possible way.”

The MoD also said that “under international humanitarian law, mercenaries are not combatants and the best that awaits them is criminal liability.

“The [Kyiv] regime’s urgent attempts to guarantee the mercenaries legal protection by including them in the military units of the AFU or the National Guard, or by issuing them with fresh Ukrainian passports, will not save any of them.”

From February 24 to June 2, the total combat losses of Russian troops stood at around 30,850 personnel, according to the General Staff of the Armed Forces of Ukraine.

The Russian MoD said in a statement on Wednesday, June 1 at 6 a.m., that its Yars mobile missile systems, which can carry nuclear warheads and which boast a reported range of over 10,000 kilometers (6,200 miles), were performing “intensive maneuvering operations on combat patrol routes in the Ivanovo Region”, east of the Russian capital Moscow.