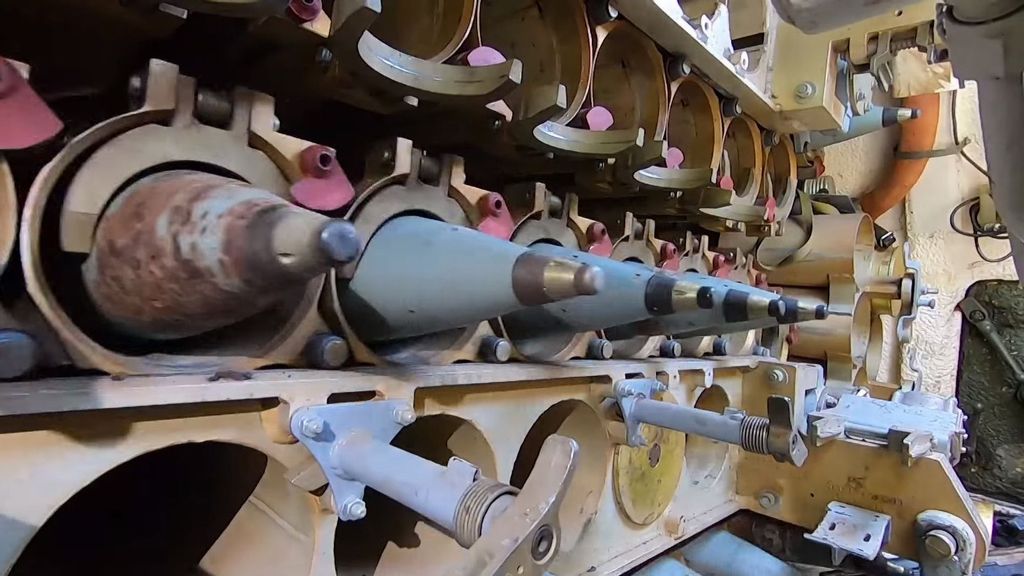 Combat work of crews of 152-mm self-propelled howitzers. ( Ministry of Defense of Russia/Zenger).

The MoD said the howitzers, which first entered service in 1989, pack a punch and can strike at distances up to 30 kilometers (18 miles) with no preliminary preparation needed before arranging them in position to fire.

The Russian Ministry of Defense (MoD) said on June 3: “This footage shows combat work of crews of 152-mm ‘Msta-S’ self-propelled howitzers when performing firing operations to destroy armored vehicles and fortified positions of the Armed Forces of Ukraine.

“Fire is conducted at ranges up to 30 kilometers both from closed firing positions and direct fire without preliminary preparation of the positions.

“High-explosive projectiles are used to destroy fortifications, which allow inflicting maximum damage to them, including deep concrete enemy fortifications.”