The innovative project is being worked on by research scientist Dr. Donna Kean, 33, from Glasgow, in the UK.
By Simona Kitanovska June 6, 2022
Facebook
Twitter
Linkedin
Email 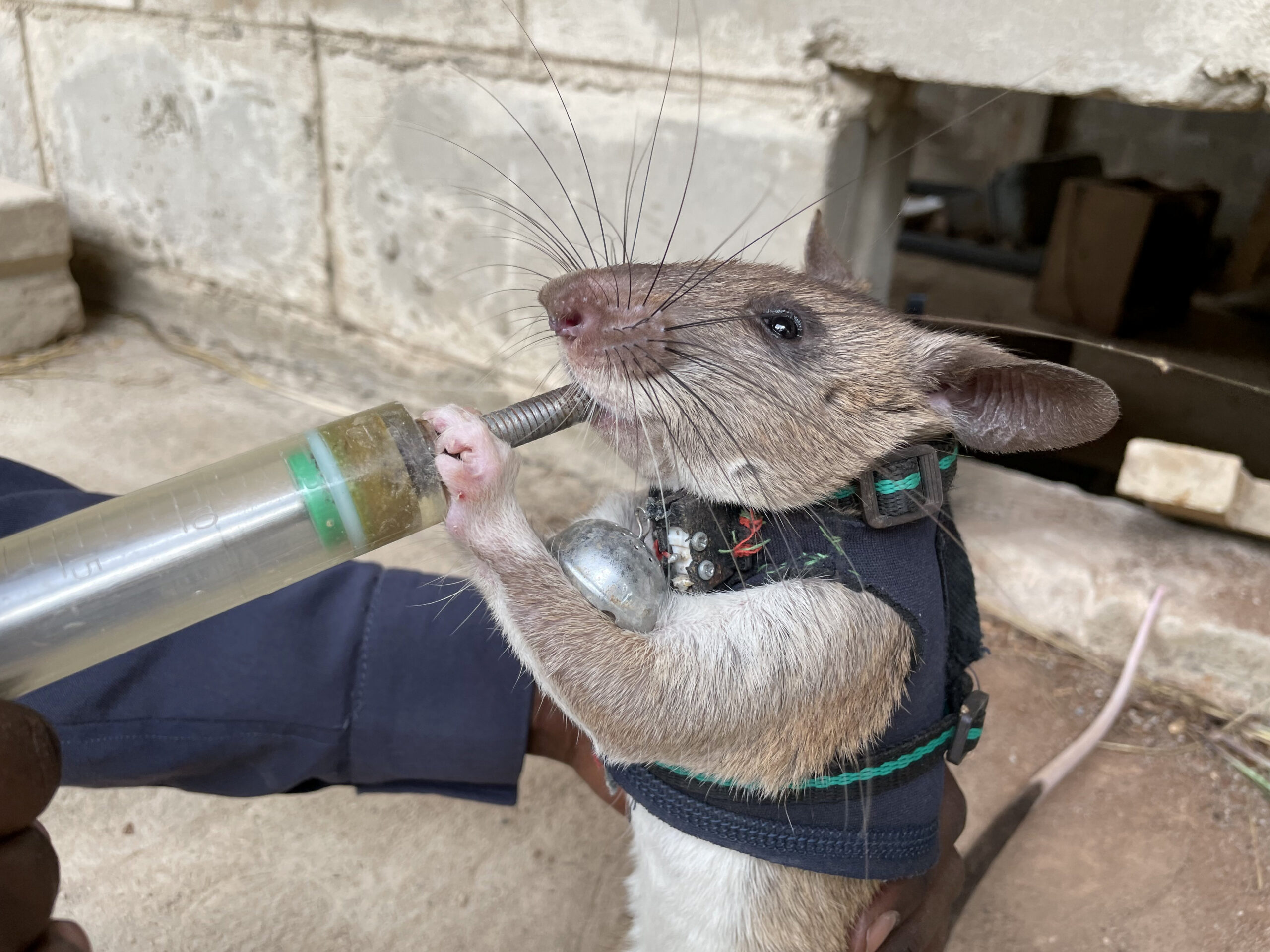 Rats are being trained to be sent into earthquake debris wearing tiny backpacks - so rescue teams can talk to survivors. (Matthew Newby/Zenger)

Rats are being trained to be sent into earthquake debris wearing tiny backpacks – so rescue teams can talk to survivors.

The innovative project is being worked on by research scientist Dr. Donna Kean, 33, from Glasgow, in the UK.

So far, seven rats have been trained, taking only two weeks to get them up to speed.

At the moment, homemade prototype backpacks containing a microphone are being used, and scientists are sending them into mock debris.

Specialist backpacks containing microphones and video gear as well as location trackers will be created to allow rescue teams to communicate with survivors during real earthquakes.

Donna has been based in Morogoro, Tanzania, East Africa, for one year, working with the non-profit organization APOPO for a project named Hero Rats.

The rodents will get the chance to work in the field when they are sent to Turkey, which is prone to earthquakes, to work with a search and rescue team, GAE.

Donna, who studied ecology at Strathclyde University before going on to do an MA at the University of Kent and a PhD at Stirling University, originally was interested in primate behavior.

But she was fascinated by how quickly rats can learn and be trained, and said it is a misconception that they are unhygienic.

She described them as “sociable” creatures, and believes the work being done will save lives.

Altogether 170 rats are being trained for projects including landmines and TB and it is hoped rats could sniff out Brucellosis, an infectious disease which impacts livestock.

The rats are so nimble that they have never set off a landmine and their agility makes them perfect for use in disaster zones.

Donna said: “Rats would be able to get into small spaces to get to victims buried in rubble.

“We have not been in a real situation yet, we have got a mock debris site.

“When we get the new backpacks we will be able to hear from where we are based and where the rat is, inside the debris.

“We have the potential to speak to victims through the rat.”

The rodents are trained to respond to a beep, which calls them back to the base.

Donna added: “A colleague is a seamstress, she makes the backpacks, she’s very talented.

“We are getting custom-made backpacks which will have video recorders, microphones and a location transmitter.

“They are so agile, they are so good at moving through all kinds of different environments.

“They are perfect for search and rescue-type work.

“They can live off anything.

“They are very good at surviving in different environments which just shows how suitable they are for search and rescue work.”

Dogs have been used for similar purposes but rats have an advantage due to their small size and flexibility.

Donna added: “They are very trainable, the first stage is to train them to come back to base point – they respond to a beep.

“There is a misconception they are dirty and unhygienic.

“They are well looked after with us, they are sociable animals.

“We hope it will be implemented, we are partnered with a search and rescue team in Turkey.

“It would just be a case of as soon as an earthquake happens, arranging the transport.

“We are the only organization working with this species, there are other organizations training dogs.

“We hope it will save lives, the results are really promising.