From February 24 to June 2, the total combat losses of Russian troops stand at around 30,850 personnel.
By Lee Bullen June 6, 2022
Facebook
Twitter
Linkedin
Email 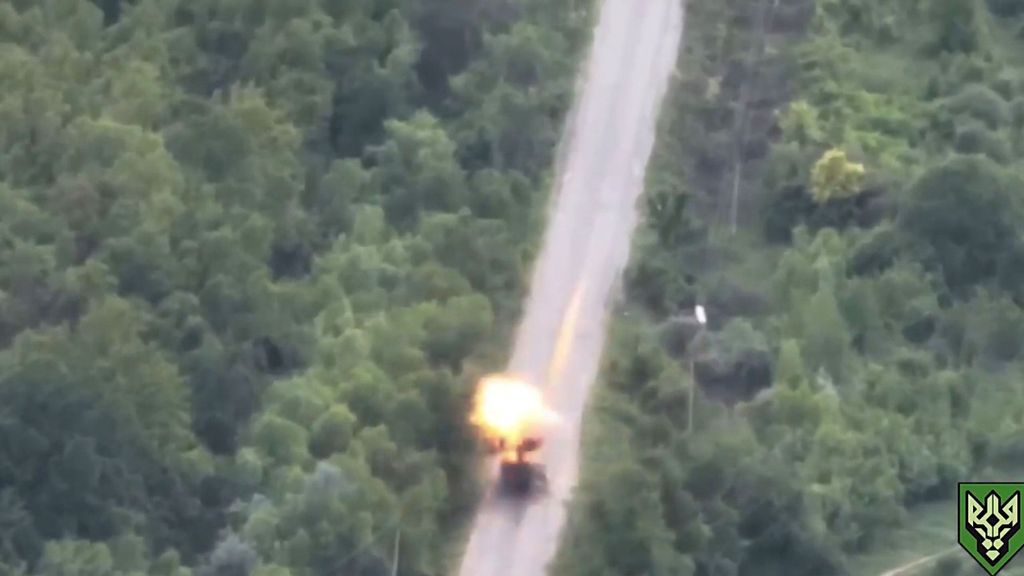 This is the moment Ukrainian National Guard troops bomb a Russian military vehicle as it speeds along a quiet road.

The images from a released video show the Russian military vehicle driving along the road before it is suddenly hit in a large explosion. The exact make and model of the vehicle are currently unclear.

This does not appear to disable it immediately, with the vehicle continuing down the road a short while before the footage appears to show it being hit again.

This time, it comes to a complete stop and is left a burning wreck. It is unclear if anyone made it out of the destroyed vehicle alive.

The exact location where the footage was filmed is currently unclear, but the images were shared on social media by the Northern Operational-Territorial Command of the National Guard of Ukraine on June 2.

The National Guard said: “This is what ‘good Russians’ look like.”

The Russian Ministry of Defense said in a statement on June 1 that its Yars mobile missile systems, which can carry nuclear warheads and which boast a reported range of over 10,000 kilometers (6,200 miles), were performing “intensive maneuvering operations on combat patrol routes in the Ivanovo Region,” east of the Russian capital Moscow.

This comes after President Joe Biden said he will send more advanced rocket systems that will help the Ukrainian military to strike enemy forces from a longer distance. These rocket systems have double the range of the rocket systems used by Russian forces and are said to be much more accurate.