The goal is to defend a territory from the hordes of the undead that advance toward the player. 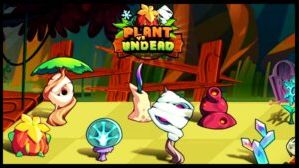 One of the items required for upkeep in the Plant game is the Light Energy, or LE token. (Plant vs. Undead)

A metaverse game called Plant vs. Undead — a variation on the theme of Plants vs. Zombies — is a blockchain tower-defense game. Released last year and using the Binance Smart Chain, it requires the player to defend a territory from the hordes of the undead that advance toward the player in waves.

If you are not familiar with the metaverse, here’s a handy definition: It’s a “digital reality that combines aspects of social media, online gaming, augmented reality (AR), virtual reality (VR), and cryptocurrencies to allow users to interact virtually,” said Investopedia.com. “Augmented reality overlays visual elements, sound, and other sensory input onto real-world settings to enhance the user experience. In contrast, virtual reality is entirely virtual and enhances fictional realities.

When it comes to Plant vs Undead, there are two primary modes of play: Player vs. Player (PvP), which is on Factory Chain, and PVE (player versus environment) on the Binance Chain.

Basically, the player has to start the game by picking a plot of land and buying plants to place on it, which then enables them to battle hordes of the undead. As the game advances, players need a few things for the upkeep of their plants, in order to keep fighting and progressing.

One of these items required for upkeep is the Light Energy, or LE token. For obvious reasons, plants need light, but this refers to an actual token that’s needed. Players also, at least at first, need to purchase an NFT plant to get started.

The tower-defense kind of game play defines the game, and that theme is really a great format for grinding, especially if users are interested in earning tokens and advancing.

A social feature of Plants vs. Undead is that it allows users to send game tokens in the chats with friends and exchange NFT (non-funglible token) assets. All game modes reward real value, even with free-to-play plants.

On one hand, the difficulty scale is progressive, but can get repetitive if players are not careful about scaling their skills proportionally. Still, the game is colorful and well constructed, so a variety of players can enjoy it.